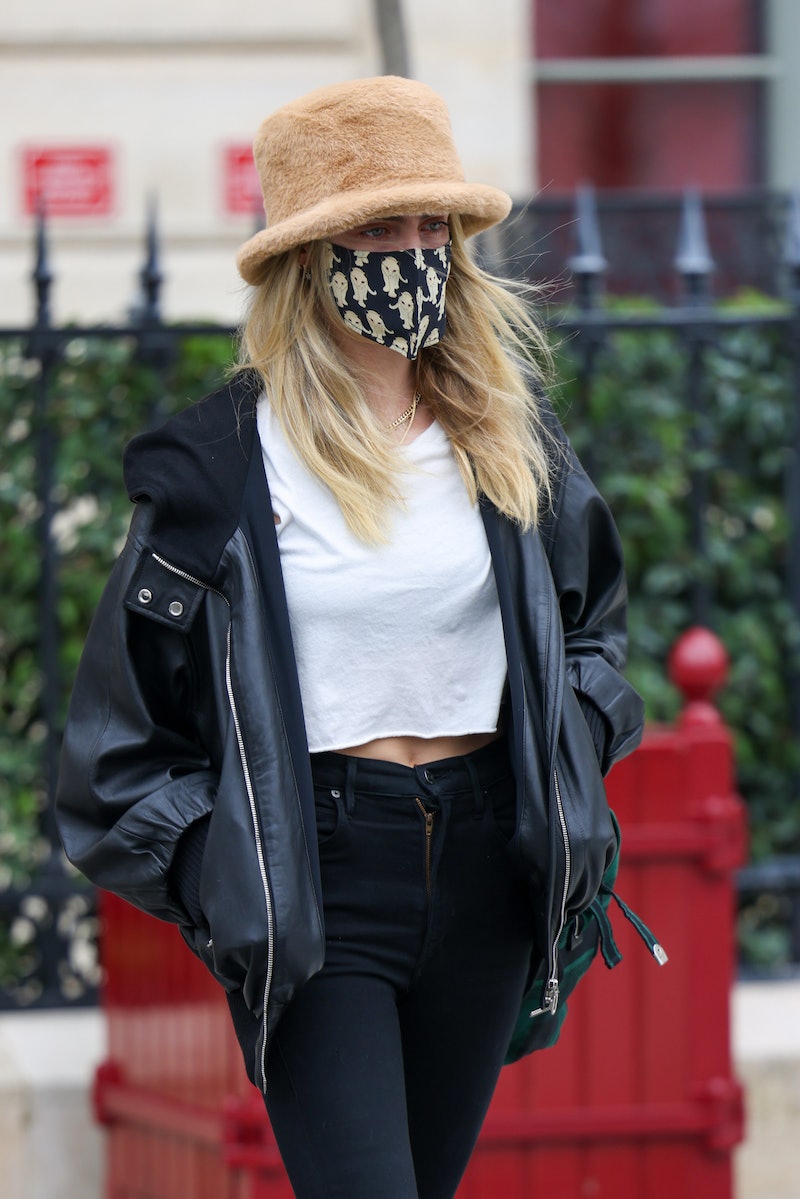 Bye-bye blonde! One more celebrity just hopped on the darker-haired bandwagon — but it's actually a pretty subtle change for the star. Monday, Cara Delevingne showed off newly brunette hair in an Instagram post that also featured a whimsical rainbow makeup look.

The model and actor has never been shy about trying edgy styles — including a few dramatic hair changes (shaved, bleached) — whether its for an upcoming movie role or just to satisfy her own desire for a little (or big) change. "Blondes have more fun but brunettes...," Delevingne playfully captioned the post, to which fellow brown-haired beauty Anne Hathaway replied "...get it done." And while the shade is decidedly deeper than her most recent bright blonde, it's more along the lines of the bronde hue that stars including Chrissy Teigen, Khloe Kardashian, and Blake Lively have tried out recently.

The color — as well as a fresh, shaggy cut — is the work of Mara Roszak, owner of Mare Salon in West Hollywood and the woman responsible for Delevingne's coolest hairstyles. "When you get a call from this Unicorn of a human wanting a change #shagcut it up!" Roszak wrote on her own social media post featuring the freshened up look. Though the stylist didn't share specific details of the new shade, it appears that she darkened the base closer to Cara's natural color, a lighter brown, and brightened it up with strategic highlights that compliment the added layers.

Maybe the star made the change to play a character in a new project, maybe she's looking to get back to her roots, or maybe — very likely — she was just in the mood for a little change of pace. In any case, she'll probably enjoy the fact that this hue tends to be a lot easier to maintain than her previously lighter locks. That is, if she doesn't decide to try on a different shade sooner rather than later.