No pastels in sight. 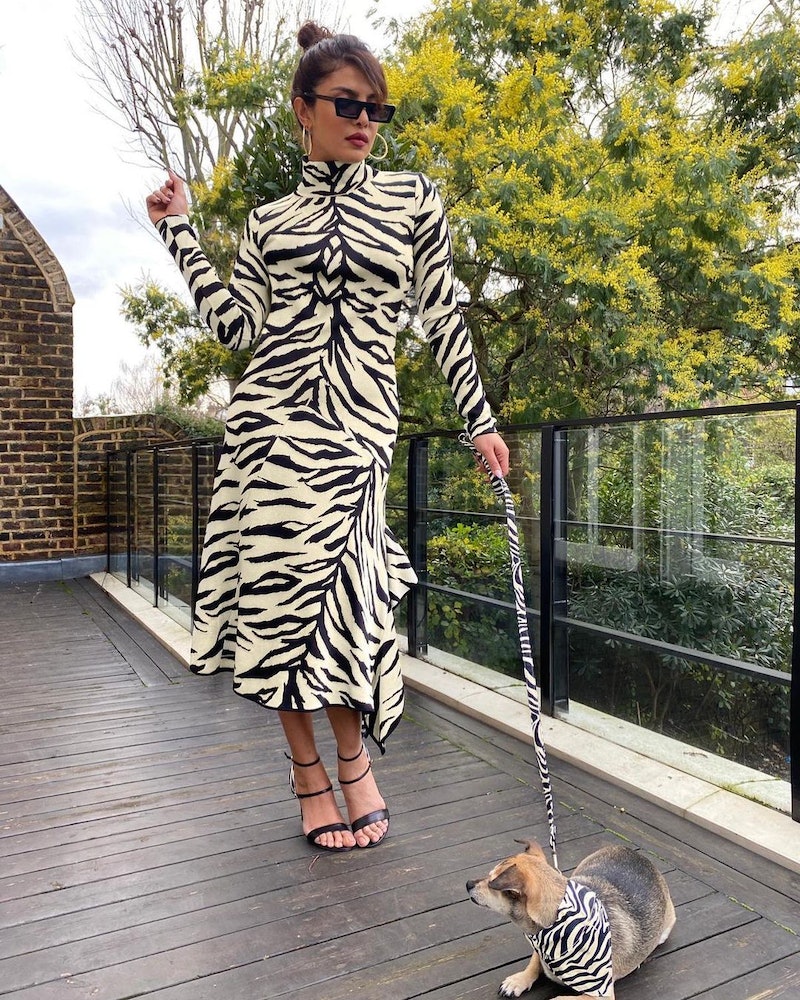 Like florals for spring, bright neon and light pastel nail colors are not exactly groundbreaking. Pretty? Yes. Seasonal? Absolutely. But surprising? Far from it. That doesn’t mean there’s anything wrong with making a traditional shade your go-to for ringing in the end of winter; you should do you, whether that means painting daffodils straight onto your nails or wearing pink ombré across your fingers. But if you’re in the market for something a little different — say, an “anti-spring” manicure — you may want to try something slightly moodier. And in that case, you should look to Priyanka Chopra’s latest.

The star’s unexpected nail look made its debut at the British Academy Film Awards (aka the BAFTAs) on April 11, providing some seriously good inspiration for everyone out there looking to switch up their regular polish for spring. The manicure, done by celebrity manicurist Michelle Humphrey, featured classic elements such as a French mani design and square edges — but the finishing touch of black polish on the tips and a suede-effect finish is what took it from normal to completely unexpected.

The effect was right in line with Chopra’s outfits for the event; the 38-year-old wore a solid black Ronald van der Kemp couture jacket and skirt, which contrasted against the bright butterflies adorning the front. She also showed off another ensemble by Pertegaz that featured a similar color scheme: a bright pink jacket and white pants paired with black shoes. Overall, both provided a moody take on spring — and mirrored her manicure perfectly.

Clearly, though, Chopra’s nails work for more than just that specific occasion. Two days later, the actor posted a photo of herself in a much more casual look, yet still rocking her black-and-nude nails in the heart of April. Paired with her coral lips and dewy skin, it’s a fresh take on seasonal beauty that’s ideal for anyone wanting something a little less cliché.

While Chopra’s manicurist used salon-level products to create the actor’s look, you definitely don’t have to be a pro to try a similar version at home. With black polish (or any dark color), a nude, a matte top coat, and a steady hand, your nails will look as BAFTAs-ready as Chopra’s — even without the long length and square shape. And if you do want something equally extra, just pop on some lookalike press-ons — no technique or technician required.

There’s no need to stick to conventional shades this season — in fact, Chopra’s look is all the more reason to try an anti-spring manicure and ditch tradition for good. Recreate it now, with the products ahead.