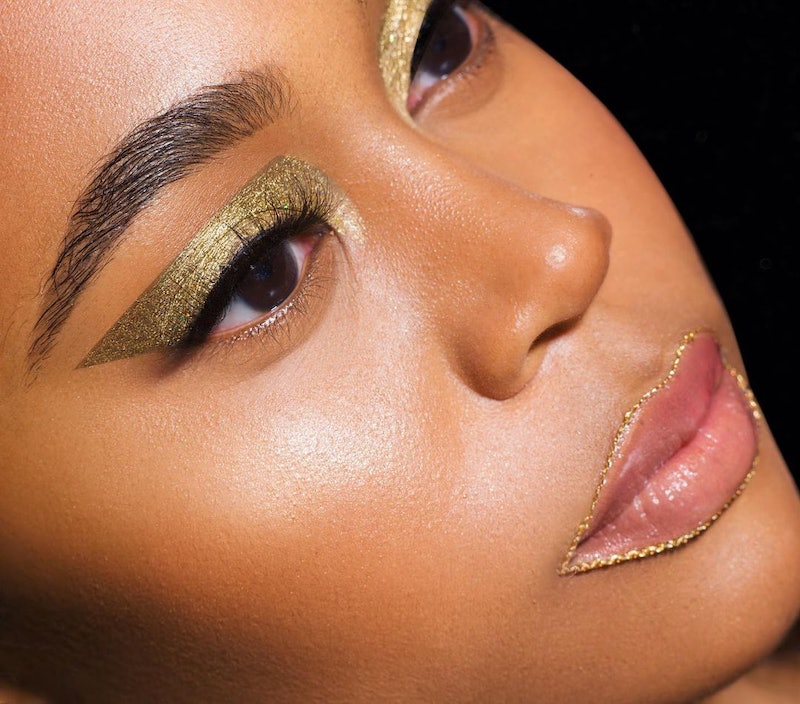 bA lot of makeup trends come and go (see: thin brows and over-lined lips), however, long lashes will always be in style. And these days, you have everything from buzzy new growth serums to at-home eyelash extension kits on the market to achieve this sought-after look. But ultimately, you can never go wrong with a trusty tube of mascara. If you’re ever wondered how to layer your mascara for ultra-voluminous lashes, you’ve come to the right place. The experts reveal their full-proof tips for achieving clump-free eyes that stand out.

Sure, it might seem pretty self-explanatory when it comes to applying mascara: Swipe on a few coats and you’re good to go. However, if you’re looking for super long lashes that don’t appear messy and full of product, you’ll want to take a few things into consideration — such as the type of formula you’re using and how to apply it properly — before coating away. With that being said, if you’re ready to achieve the longest lashes ever, keep scrolling below to find the top tips from celebrity makeup artists. Get ready to say goodbye to lash extensions.

For starters, the amount of coats you decide to apply depends on the look you’re going for with your lashes. “For a more natural effect, I still recommend at least two coats for a more even application,” Gita Bass, a celebrity makeup artist who works with Tina Fey and Lauren Dern, explains. You’ll also want to take the formula’s consistency into consideration. “With a thinner consistency, you can apply as many as three or more coats without any clumps,” Yolonda Frederick, Ciara’s go-to makeup artist, tells TZR. For instance, the celebrity makeup artist is currently using Uoma Beauty’s Drama Bomb Extreme Volume Mascara on her clients, and because it’s so rich, she only needs to coats.

Bass likes starting off with a curling or volumizing formula because it builds the foundation of the lash by adding lift and thickness. “The trick is to concentrate on the roots of the lashes for your first coat to make sure you create a well-lifted lash and to give your lashes a thicker appearance,” she explains. To do this, you can wiggle the brush down to the roots, or try holding the wand steady and blinking your lashes once or twice to help coat every bit of hair.

Pro tip: Beau Nelson, a celebrity makeup artist whose clients include Nina Dobrev and Emma Roberts, suggests having a spoolie or lash comb in reach just in case things get a little too dense. “You can use these tools to comb out a bit of excess and guide lashes into the perfect fanned-out pattern,” the makeup artist says.

You’ll want to wait around 20 seconds in between coats as Bass says doing so will allow the mascara to dry enough so that the second coat will build well on top, and in turn, you’ll get that ultra-long lash look. But, according to celebrity makeup artist Ashunta Sheriff-Kendrick, it’s best not to wait too long. “You don’t want lashes to be dried because they will become too brittle and hard,” she explains.

In between coats, Ashleigh Ciucci, a New York-based editorial makeup artist, suggests dusting your lashes with a translucent powder to cheat the effect of applying a more volumizing formula. A small fluffy shadow brush can help you with this technique.

For the second coat, Bass says, “I then like to add a lengthening formula to help reach the tips of the lashes and achieve a more doe-eyed effect.” And when you’re applying each layer, Benjamin Puckey, a New York-based editorial makeup artist, tells TZR, “It’s very important to wiggle the brush from the base to the tip so you deposit the formula right to the end of the lashes and create length.” You’ve already gotten that extra boost of volume, so think of this as that necessary oomph for impossibly long lashes.

If you feel the first two coats aren’t making your lashes appear long enough and you don’t have major clumps, Ciucci suggests going back in with your lengthening mascara. “Lengthening mascaras using have skinnier brushes with firmer bristles so you’ll be able to comb their lashes as you add more product,” she explains. And, if your mascara is prone to smudging, Bass says you can finish off with a waterproof formula to set the mascara in place. Additionally, as a final step, Puckey likes to use the tip of the mascara wand on the corners of the lashes to really thicken and accentuate them for a lifting effect — you can also separate any clumping.

And while it might seem tempting to keep adding more product to your lashes, the experts recommend putting the brush down at a certain point. “I don’t recommend applying more than three coats, because, in my opinion, overly coated lashes aren’t on-trend at the moment,” Puckey says. “You want lashes to look naturally voluminous without that gunky look of gloopy mascara — think Tammy Fay Bakker.”