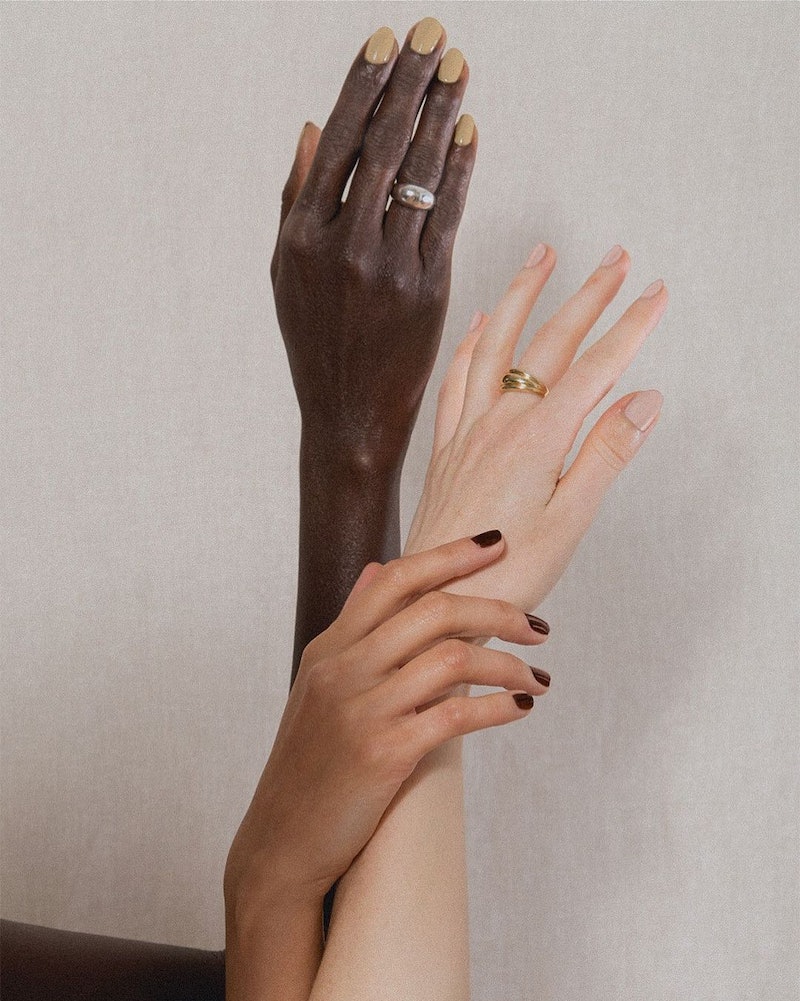 Sun’s out, toes out. OK, that’s not technically the saying but the sentiment makes perfect sense for the season. But it’s not just sandal weather that’s prompting so many to book a mani/pedi STAT, it’s also the fact that you may only recently have been safely able to set foot (pun intended) in a salon. And if you’re looking to try some new shades for your intro back into social outings, the so-called ugly nail color trend is actually very chic — just ask Hailey Bieber or Bella Hadid, who have been spotted sporting muted shades of brown, yellow, and green (that includes the of-the-moment pea soup hue).

Such colors aren’t exactly new, but there may be a reason they seem to be everywhere you look these days. “Artisan minimalism has been a big trend on social in which curated individuals have been effortlessly flaunting unconventional earthy colors like deep vintage yellows, sage greens, figs, and creamy bone whites,” says Alexis Irene, founder of Static Nails. “I truly believe that this, paired with the sustainability and equality movement has been causing these specific colors to rise in popularity. They come across as raw, unrefined, authentic, and wholesome in a stand-out way.”

Nature — as well as artist’s palettes — was an admitted influence of Jess Hannah, founder and designer of jewelry line J.Hannah, when she first launched a collection of non-toxic nail colors a few years ago. She’d been personally seeking such non-traditional nail colors that still felt wearable and timeless. “I couldn't find colors to wear,” she explains. “These colors weren't intended to be outside of any box, but they hit a little different because of how much thought and inspiration went into the selection of each hue.”

It’s this type of thoughtfulness that makes these “ugly” nail colors so appealing. For example, Ghost Ranch, a rusty hue inspired by Georgia O’Keeffe’s Northern New Mexico home, and Eames, an earthy chartreuse named for the famed Mid-Century designer, are the brand’s bestsellers.

But even if you’re someone who’s always been more loyal to traditional mani/pedi hues (like nudes, pinks, and reds), these out-of-the-box shades may be a lot more wearable than you think. Want to dip your toe in? Irene recommends starting with a slightly sheer version. “I’m normally an avid wearer of nudes and pinks, but have fallen in love with darker khaki olive-like shades that are semi-sheer,” she says. “Think of an ultra-glossy base that is just subtly transparent and gives off an almost military brown-green with dark olive undertones. Very interesting, unique, and unexpectedly stunning. Everyone I’ve shown these shades to thinks they are so ugly in the bottle, but once on, their jaws drop in amazement.”