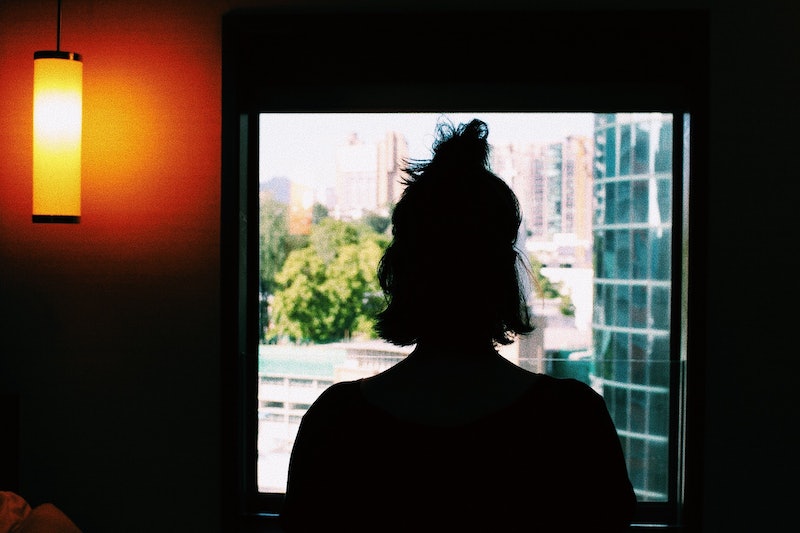 According to the Rape, Abuse, & Incest National Network (RAINN), one out of every six American women — and about 3% of American men — has experienced attempted or completed rape in their lifetime. Not only that, but a woman is sexually assaulted every 73 seconds. Despite that shocking amount, only nine out of 1,000 perpetrators end up in prison. In fact, in many cases the incidents are never reported in the first place, and the reasons why sexual assault survivors don’t seek help are varied.

For one thing, exactly what types of behavior are considered sexual assault aren’t always widely discussed. As defined by RAINN, attempted rape, unwanted sexual touching or fondling, the forcing of certain sexual acts, or other types of sexual contact or behavior that is done without consent all constitute as sexual assault. What can make things even more confusing is that often times such behavior is practiced by someone you may know and love. The organization shares that 39% of rapes are committed by acquaintances and 33% are committed by a romantic partner (current or former).

Considering what murky territory this can be — and how these conversations can still feel scary or taboo even in 2021 — it’s understandable that many individuals don’t share their stories or seek help following an assault. According to professionals, this is an unfortunately common response to trauma. “The trauma response is very individualistic, but can include symptoms such as memory loss, shock, and fear to name a few,” shares Mollie Volinsky, who owns trauma-informed group psychotherapy practice, Juniper Therapeutic Services. “Many survivors think that if they don't remember every detail of the assault then they don't have the right to report it. Some even question whether the assault truly happened.”

While it can be unquestionably difficult to take the steps, trauma experts believe that receiving support is ultimately so rewarding, and there are many resources that you can access that are free of judgement — and also free financially (as it’s important to acknowledge that economic hardships can be a major obstacle, especially for people of color). “Keeping sexual assault a secret can interfere with healing,” says Laura Clary, a registered nurse and Clinical Program Manager for the Sexual Assault Forensic Examination and Domestic Violence unit at the Greater Baltimore Medical Center. “A victim should never feel alone, there are numerous resources within the community, many of which are now available virtually via web-based programs.” To start, Clary recommends seeking medical attention at a hospital or clinic with a SAFE Program, which offers free and confidential medical-forensic services for anyone who has experienced sexual assault.

Besides immediate medical care, finding a support system is highly recommended — whether it be in the form of loved ones, a therapist or counselor, or a variety of online resources. “If you have been sexually assaulted, having support can make such a huge difference,” explains Dr. Shena Young, a body inclusive psychologist who specializes in sexual trauma (she even hosts a 10-week healing workshop for Black women survivors). “Survivors are invited to consider who they can trust to listen compassionately, to support them in exploring their options (e.g. healing, reporting, etc), and who will respect their intuitive decisions. If survivors do not have a trusted support person/place, they might explore accessing RAINN’s free, confidential sexual assault hotline 1-800-656-HOPE.”

To help you understand a bit more about sexual assault, the aforementioned experts share with TZR some of the most common reasons survivors may not come forward. With these in mind — as well as some of the resources available for getting help and/or support — perhaps this conversation is one that can continue to be normalized, therefore reducing any existing stigma that may stop anyone from speaking out.

Why Some Sexual Assault Survivors Don’t Seek Help: Fear Of Not Being Believed

“This is the classic story, that a survivor asks for help and the person they confide in does not believe them,” Dr. Young tells TZR. There are a few things that can contribute to this fear, but the assault expert says that cultural upbringing can be a major culprit, especially in cases of many marginalized communities. “For instance [belied that] the friend, family member, or clergy person is more invested in a culture of secrecy or preservation of reputation. The impact can be the same and may directly influence a survivor’s decision to disclose.”

Clary adds that the desire to hide instances of sexual assault from friends and family is especially common for adolescent women. “Young victims might worry that their parents will be angry and/or unsupportive because perhaps they were engaging in ‘risky, inappropriate’ behavior when the assault happened,” she says. Support from friends and family is important at any age, but it may be even more integral during those formative years, so some young women may opt to stay silent if they believe it means keeping their loved ones from abandoning them.

This belief may come from the stigma and misinformation (or lack of information) around sexual assault. As a result, it’s not uncommon for survivors to lean into denial as a coping mechanism, according to Volinsky.

“Many patients blame themselves for their own victimization, believing that there was something they did to deserve what happened to them or something they could have done to prevent it,” Clary says. However, what a survivor wore, whether they were under the influence, whether they where exhibiting “flirty” behavior, and so on are never invitations for unwanted sexual advances. Volinsky adds that these harmful beliefs are often perpetuated by society, and they cause many women to to feel responsible. “Shame is a very powerful tool that prevents survivors from coming forward,” she says.

As Dr. Young explains, the idea that a survivor’s actions somehow encouraged sexual victimization is rooted in patriarchal, sexist, and oppressive ideologies — and this can be even more prevalent in communities of color. “It becomes more disturbing when we consider the long history/context of sexual objectification of BIWOC, in particular,” she says. “Through socialization and intergenerational trauma, BIWOC survivors may have experiences that affirm their bodies are not respected as their own. All of these things combined, can elicit complex feelings and may ultimately deter a survivor’s reaching out.”

Why Some Sexual Assault Survivors Don’t Seek Help: Pain Of Having To Relive The Experience

Even for survivors who are able to acknowledge that they have been assaulted, seeking help can be intimidating simply due to the fact of having to replay the trauma. To put things into perspective, Volinsky shares that if a survivor wants to persecute their assaulter, for example, they’d have to share their story 10 times or more before even going to trial. “With each disclosure a survivor is at risk of experiencing secondary victimization,” explains Dr. Young, who adds that a mistrust of authority figures only adds to that hesitancy. “This means being subject to being blamed for what happened, to being pressured into making certain decisions (e.g. to report), to re-telling the traumatic story over and over, and perhaps not receiving justice in the end. These experiences can lead to feelings of guilt, shame, and isolation, deepen feelings of mistrust in others/systems, and even exacerbate the original trauma.”

Because so many sexual assaults are by someone in your circle, it’s a realistic fear that it could happen again — and the close proximity to that person can make a survivor even more afraid to speak out against them. “TV and movies make it seem like it's always strangers, when, in fact, this is very rare,” Volinsky says. “Many times it can be a boyfriend, family member, friend, or acquaintance. Many survivors are afraid of the interpersonal repercussions of reporting.” While this fear is understandable, it’s important for people to know that safe, anonymous resources — like those mentioned above — are available, and that seeking help or support may be the only way to truly heal and move forward.