Yes, it brought me to tears. 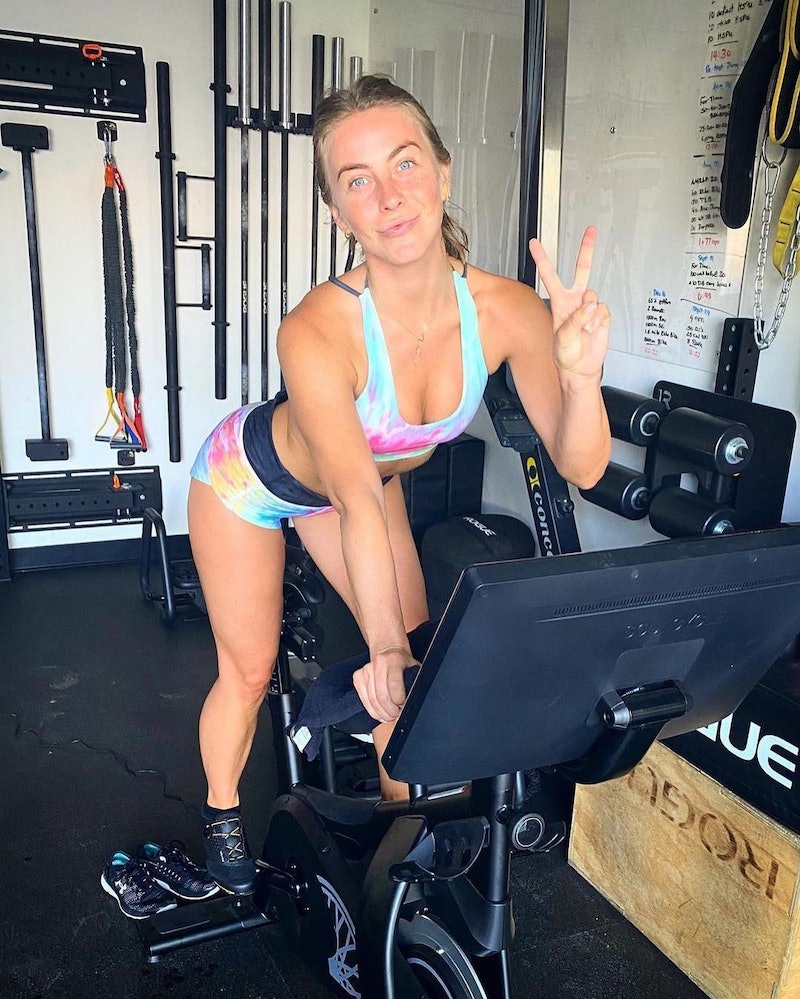 I’m the queen of delayed reactions. I was the last person on earth to binge-watch Bridgerton. I’m still buying loungewear, despite having been vaccinated and out and about for months now. Oh, and I just took my first SoulCycle ride, about 15 years after the spin class party started. Yes, I finally gave in to the cult-like (and controversial) workout that’s ruled the fitness world for over a decade, despite years of fighting its hype. I had the opportunity to review SoulCycle’s buzzy at-home bike, and I gotta say, my experience was surprising.

Now, to fully understand my journey with the bike, I must explain my fitness routine prior to my trial. Well, to be honest, I didn’t really have one. Prior to the pandemic, I rotated between outdoor running, Orange Theory, and the occasional hot yoga class. But, once I went into lockdown in my little one-bedroom apartment in Los Angeles, I fell off the fitness wagon pretty quickly.

Perhaps it was the stressful year that was all of 2020. Perhaps my Netflix devotion took precedence over cardio. Or perhaps I simply couldn’t stay motivated on my own. Whatever the reason, for an entire year, my couch got more action than my running shoes — and I was feeling the effects. In addition to being zapped of energy, my mental health also declined with my lack of movement and exercise. I was constantly stressed and anxious, and struggled to find an outlet for release.

And trust me, I tried. I attempted to kickstart my outdoor running sessions, which once felt like welcome “me time” after a busy and social work day. However, with isolation in full force and my time mostly spent with my pup Molly, exercising alone just felt lonely and depressing. I tried virtual workouts, but found myself getting easily bored and distracted. I couldn’t understand how so many were able to successfully leverage the season indoors to work on their bodies and minds. All I was working on was my monogamous relationship with Ben & Jerry’s.

Then the SoulCycle bike arrived at my doorstep, and I quickly discovered what celebrities like Jessica Alba, Kaley Cuoco, and Julianne Hough were raving about. Yes, I became exactly what I swore I wouldn’t: A spinning evangelist.

Prior to my trial with the stationary bike (which is operated through the Equinox+ app), I had taken a total of one spinning class that I can recall, about 10 years ago. The experience was less than memorable, mainly because the intensity of the instructor, who offered little to no modifications for new riders. I recall struggling to keep up with the fast pace of the rest of my seemingly experienced class and walking away a bit embarrassed by my poor performance (and with a super sore tush). I hoped this time around would be different.

After my bike was seamlessly delivered to my apartment — the entire process of delivery and setup took all of 15 minutes — I took my first baby step. I was quickly comforted and encouraged by the ease of use of the touchscreen as well as the Equinox+ app. The former in particular is super user-friendly and walks you through everything from proper seat and handlebar placement to how to clip in and out of your bike (which I admittedly struggled with a bit at first).

The first few days of my trial, I tested out shorter 20-minute courses that fell under the “beginner” category. The touchscreen functionality includes a filtering system that allows you to narrow down your course options to find exactly what you need that day — experience level, class length, instructor, ride theme, and music genre. That latter two components ended up being the biggest draws for me. I’m very motivated by music, and picking the right soundtrack or musical theme to my ride helped get me excited for it and made it feel like less of a chore.

In fact, Ross Ramone, a SoulCycle instructor on the Equinox+ app, tells TZR that music plays a vital role in every class. “By combining artful, musical storytelling with powerful motivational coaching and moments of reflection that feel almost meditative, I’m always trying to create a fitness experience that’s immersive and entertaining,” says Ramone, who turned out to be one of my favorite instructors. “I want to move you through movement. My approach is fitness as an art form. Fitness as a creative expression. Fitness as a proxy for life. It’s hard work, but it can also be joyful and inspiring.”

Cheesy as that may sound, he’s not wrong. I quickly became motivated by the classes’ musical curation, often selecting nostalgic rides from the early 2000s, ‘90s, and ‘80s to help get me in the workout mood. And it worked! I connected to the energetic pop-themed rides, dancing along as I followed the direction of the instructors on my screen. I found myself looking forward to future rides and seeing them as a treat to myself, a time to relax, take care of my body and mind, and dance to my favorite tunes with total abandon

A couple of classes actually struck an emotional cord with me. I had a very surprising moment during a Pink-themed ride in which I actually teared up during one of her more empowering tunes. According to Ramone, this is actually pretty normal. “When I discovered SoulCycle, I had an epiphany — that fitness could be an emotional experience, and that it could be an immersive, artistic, and inspiring experience that would move me and help me connect to myself in an even deeper way,” he says.

Another thing I appreciated was that every class had at least three people riding along with the instructor, which made me feel like I was in group setting. I realize now that this was a big piece of the fitness puzzle I had been missing. I missed working out with people and feeding off the energy of others. Even though I was obviously alone, it was nice to see multiple faces on my screen bopping along to the class with me. (Also, SoulCycle’s touchscreen allows you to focus in on the profile of an accompanying rider in the class to ensure your form and movements are accurate.)

After a week or two, once my body adjusted to the pace of the classes, I started selecting longer ones to challenge myself a bit more. That said, if something felt too intense, fast, or hard on my body, I had no shame in opting for the modifications that were always offered and encouraged by instructors. Spinning actually helped me learn to listen to my body and become better aware of when I could challenge it and when I should pull back or stay put.

My two-month trial was successful in that it helped me get back into a regular fitness routine again. I made a point to carve out 30 to 45 minutes a day (about three to four days a week) to spin, and found my mood and stress levels improve because of it. Even a quick half-hour ride got me sweating and left me feeling energized and alert for hours after.

At $2,500 a pop, SoulCycle bikes are not cheap. However, the multitude of options and classes available can justify the price and make it a worthy investment if you make use of them all. While I didn’t test out the other class options available on the Equinox+ app (there’s yoga, barre, strength training, cardio etc.), I definitely would if I decide to purchase the bike.

I also think a stationary bike like this is perfect for those who aren’t quite ready to return to group workouts. As I stated before, the class format offers the semblance of being among other people, so you get that community aspect while still in the safety of your own home.