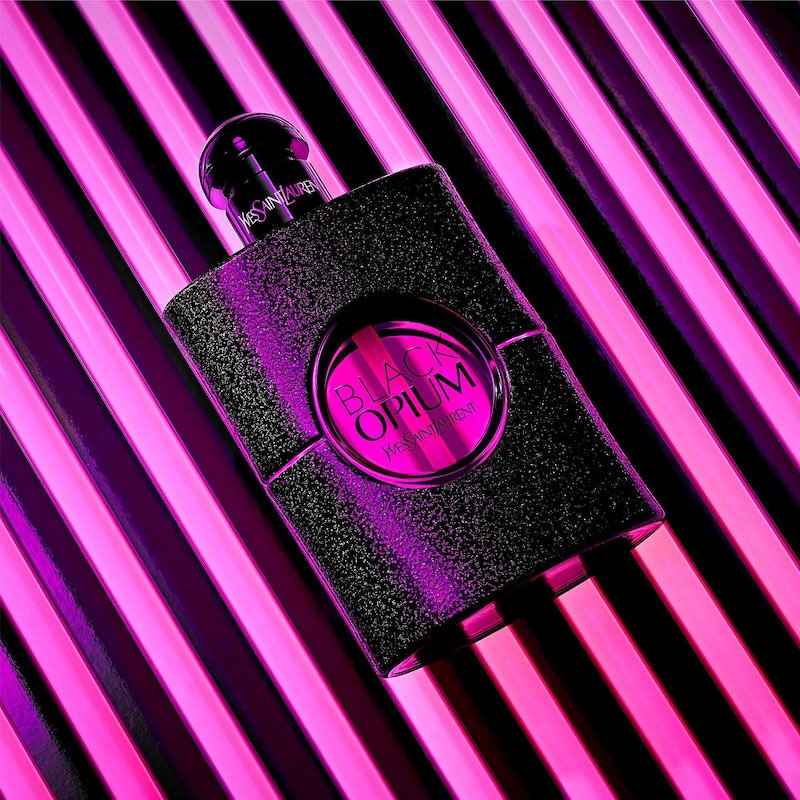 The Climb is our series that highlights a top-selling item from brands both established and buzzworthy. In these monthly features, you'll hear straight from the brands about the fascinating history of how one extra-special piece exceeded expectations and became a forever product. This week's focus is on the luxury favorite YSL Beauty Black Opium Eau de Parfum. Find the story behind the brand’s best-selling juice below.

Yves Saint Laurent Beauty is synonymous with sensuality, mystery, and luxury. Its fragrances, however, are particularly marked by feelings of opulence, and in the case of Black Opium Eau de Parfum, obsession. It's why the perfume spent the last five years as the best-seller for the brand, trumping favorites like Libre Eau de Parfum and Mon Paris Eau de Parfum, and beloved by anyone who crosses its aromatic path.

Launched in 2015 with actor Zoë Kravitz as its ambassador, Black Opium is officially the largest brand on e-commerce for YSL Beauty. And as the years passed by, the fragrance actually became more popular, not less. In 2019 alone, Black Opium Eau de Parfum sold 36 bottles per hour, resulting in a whopping 887 bottles sold per day according to the brand. And this year, even with less places to be seen (and smelled) the fragrance is seeing a steep incline in sales since March 2020. It leaves one asking "Why is Black Opium so damn popular?" Well, there might just be an answer to that.

"The idea behind Black Opium was addiction," Nathalie Lorson, master perfumer and the mastermind behind Black Opium Eau de Parfum, tells TZR. "However, addiction is different for everybody, so I wanted to make it something that could be universal." Judging by the now five-year demand, she did just that. But it didn't come easy: "The total amount of time it took to create Black Opium was four years," she reveals. "I spent two years alone conceptualizing the fragrance and then my colleagues joined the process. Once they joined there were thousands and thousands of experiments and formulations that followed."

The reason for the extensive development stemmed directly from Lorson's selection of one crucial note. "It was very difficult because we really wanted to keep coffee as the hero note of our fragrance," she says. "We had to find a way to make it very smooth and very feminine. Coffee is not so feminine when you initially smell it, so we had to bring something soft to it to bring delicate pleasure to the fragrance." The result was an intoxicating and unique blend that made it a true standout from the rest of the brand's fragrance selections that are layered with several floral notes. "Black Opium really has its own personality," she says. "All the fragrances in YSL have their own structure, but here, we have something very, very sensual. I wanted this fragrance to feel like a contrast of black and white, and that's what it did. The black represents the coffee, vanilla bean, and the patchouli, the ingredients that make it sexy. Then, you have the white which is this floral bouquet. When it's all said and done, it's a contrast of light and darkness."

That theme of black permeated through every aspect of the fragrance, hence both the packaging and the appropriate name. However, it wasn't intentional. "While I knew that I wanted the creation to have black elements, I didn't necessarily know that the name would follow," Lorson says. "However, when you think of addiction, all of it ties together."

And these days, if you ask Lorson the reason for the immediate and long-lasting celebrity of her creation, her answer is simple. "It reminds you of a place you want to be, somewhere comfortable," she says. "Think of it as a cashmere pullover. You have this kind of sweet and warm, fragrance that envelops you. It's something that everyone loves, especially during the fall and winter months."