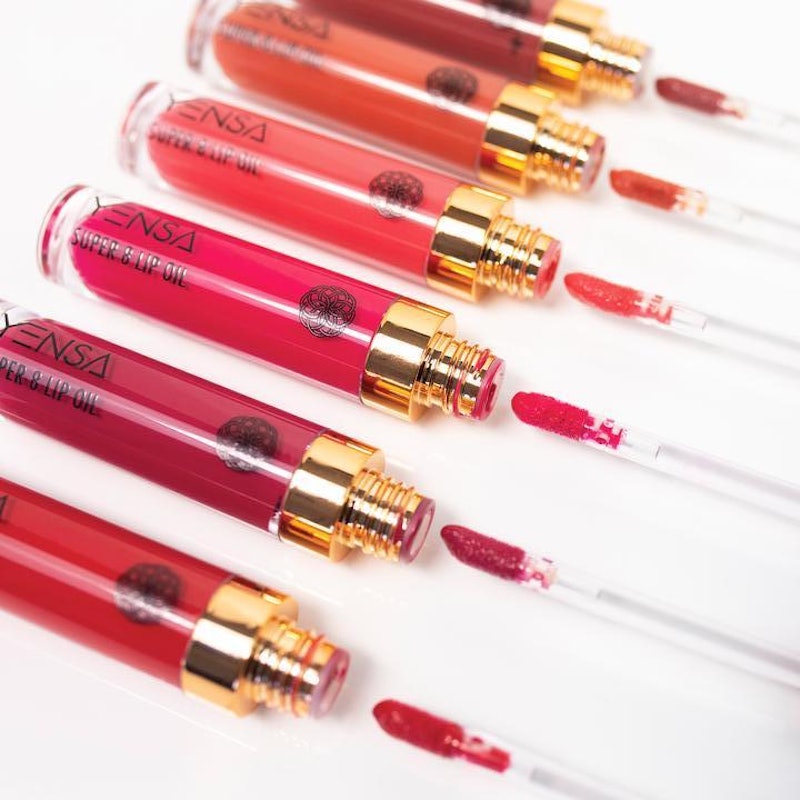 It would have been a missed opportunity to pass up International Women's Day without mentioning woman's best friend (lipstick). There couldn't possibly have been a more fitting occasion for a woman-owned beauty brand to drop its first ever lip product, nor could there have been a more appropriate person to announce it than Mae Whitman, herself. The Good Girls actor teamed up with Yensa to launch its new Super 8 Lip Oil and 100 percent of profits from the product will go to Dress for Success for the entire month of March.

International Women's Day 2020 marked 100 years since white women were granted the right to vote and Yensa celebrated the momentous occasion with a historic symbol of womanhood. Whitman starred in the brand's latest campaign video, which she posted to Instagram on Sun., and in it, she calls out some of women's greatest successes over the past 100 years.

Mentioning Amelia Earhart's flight across the Atlantic, Rosa Parks' role in the civil rights movement, Ruth Bader Ginsburg's appointment to the Supreme Court, and, more recently, 64 female CEOs having made it to the Fortune 500 list.

"At one time, we couldn't even vote for president," Whitman says in the video. "Now, we're running for it."

So, to honor 100 years of achievements, Yensa, a brand founded upon the powers of Asian rituals and superfoods, will be donating 100 percent of profits from its new lip oil to the Dress for Success charity organization, which sets low-income women up with professional attire (as you well know from Meghan Markle's recent involvement).

The $28 lip oil, available now at Yensa.com, features some of the brand's signature ingredients, such as Korean black raspberry, shitake mushroom, and black rice, and comes in eight high-gloss, highly pigmented shades: Rising Ruby on the red front, five pinks — Power Pink (fuchsia), Boss Berry, Crush It Coral, On The Mauve, and Pink Shine (barely-there light pink) — a Modern Nude and a completely sheer Clear Path for the minimalist.

On top of the $28, you can also opt into an additional donation of $1, $4, or $8, all going to Dress for Success. Whitman, herself, is wearing the gloss in the campaign video, presumably in the vivid Rising Ruby hue. It and a few other shades, ahead.