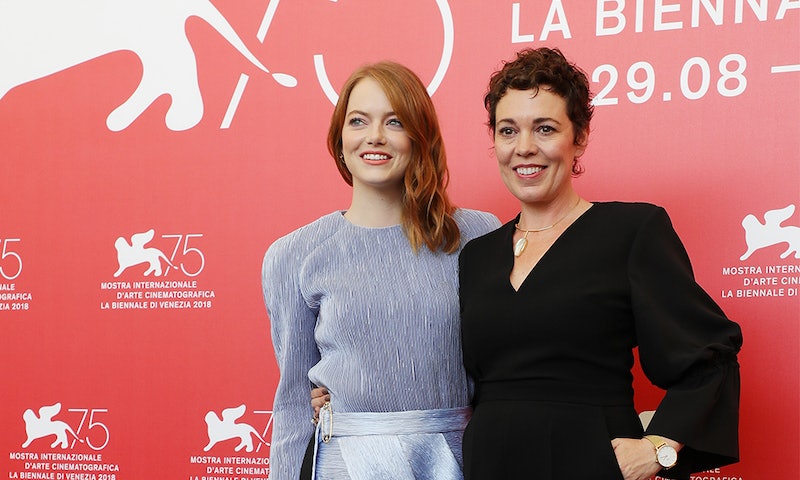 Though New York Fashion Week has come to a close, Hollywood's version of a runway is the red carpet at the Academy Awards, and that's still to come. This Sun., the film industry's finest will file into the Dolby Theatre dressed to the nines. You certainly wouldn't want to miss the looks that people will be talking about for months, so here's where to watch the 2019 Oscars red carpet.

It's the grand finale of awards season and the nominees' last opportunity to go out with a bang. You can count on the biggest and boldest looks from this year's chronically best-dressed, including Lady Gaga, Lucy Boynton, Amy Adams, and more.

So, don't risk being out of the loop on Mon. morning. All the details you need ahead of Sun., ahead.

Don't have cable? No problem. There are plenty of options for watching the pre-show online. E! will be live streaming the red carpet on both Sling and Hulu, and Twitter will also offer a live stream starting at the same time as ABC's.

The Oscars have historically been held at Los Angeles' iconic Dolby Theatre, with its red carpet rolled out right on the corner of Hollywood and Highland. With a seating capacity of almost 3,500, this auditorium-style venue is more than double the size of The Beverly Hilton, where the Golden Globes is held.

In Dec., Kevin Hart stepped down as the 2019 Oscars emcee due to the resurfacing of controversial tweets. The Academy scrambled for Hart's replacement for months, ultimately deciding that this year's ceremony will run without one.

To fill the void, producers have reportedly chosen a few celebrities to keep everything on track, Variety says, although some are conspiring that Whoopi Goldberg could be revealed as the official host.

Lady Gaga, Glenn Close, and Regina King have been all the rage during this season's awards shows and they'll presumptively continue their streak here. You have The Favourite, nominated for Best Picture, to thank for the prevalence of a rockstar girl crew this year, too, including Olivia Colman, Rachel Weisz, and Emma Stone.