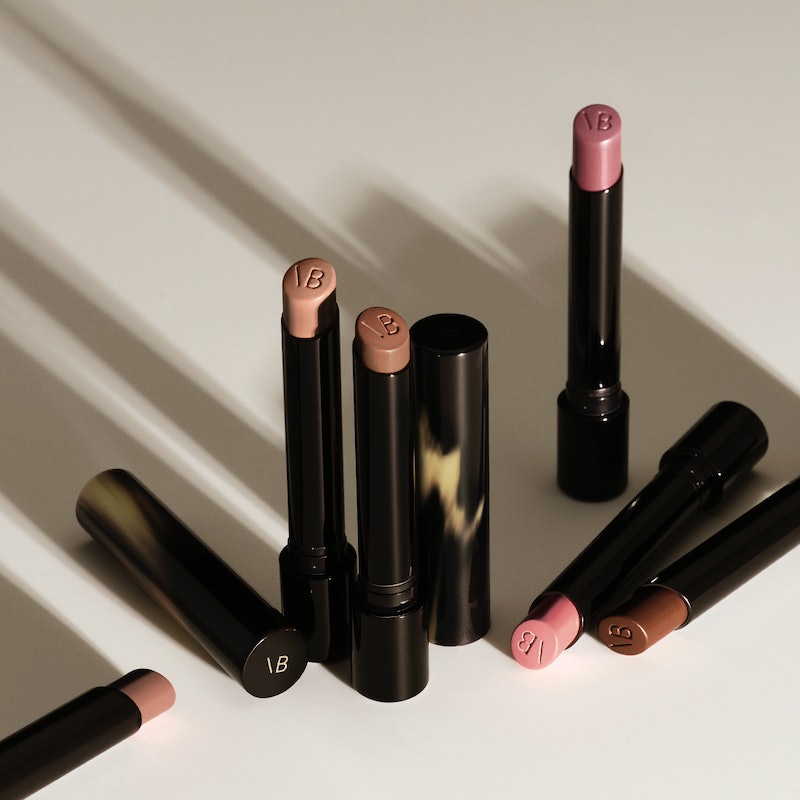 Victoria Beckham fits the role of designer so seamlessly it's almost impossible to believe she hails from what was once the world's most popular girl band. She's spent decades distancing herself from her Spice Girls days — recently opting out of the reunion tour because "things feel different now" — but the new Posh lipstick collection from Victoria Beckham Beauty is an unmistakable tribute to her past.

The aptly named range serves up shades you haven't seen since 1997, including Fringe, a deep copper reminiscent of Posh's signature tint. Even throughout the transition from pop icon to fashion mogul, Beckham has stayed true to her neutral tones — now more known for her flesh-colored pout than her earlier pre-aughts brown. But with the announcement of the new Victoria Beckham Beauty lipstick collection, the designer told Vogue she's actually been searching for "the perfect nude" all the while.

The timing of the launch — amid a pandemic in which masks have become the norm — is not lost on her. Beckham is of course one of the many who continue to wear lipstick under a face covering, telling Vogue, "no mask is going to stop me from feeling like the best version of myself."

The upcoming Posh range is a clean combination of natural ingredients: coconut and avocado for shine; a candelilla, carnauba, and sunflower wax blend for creamy texture and moisture; pomegranate flower extract and jojoba wax for fullness; and rose flower wax for a layer of protection.

At $38 apiece, the lipsticks are characteristically pricey, but because it has VB's name on it, you should never have to look for another nude lip shade again. Be the first to know when the collection drops and sign up to purchase at VictoriaBeckhamBeauty.com.