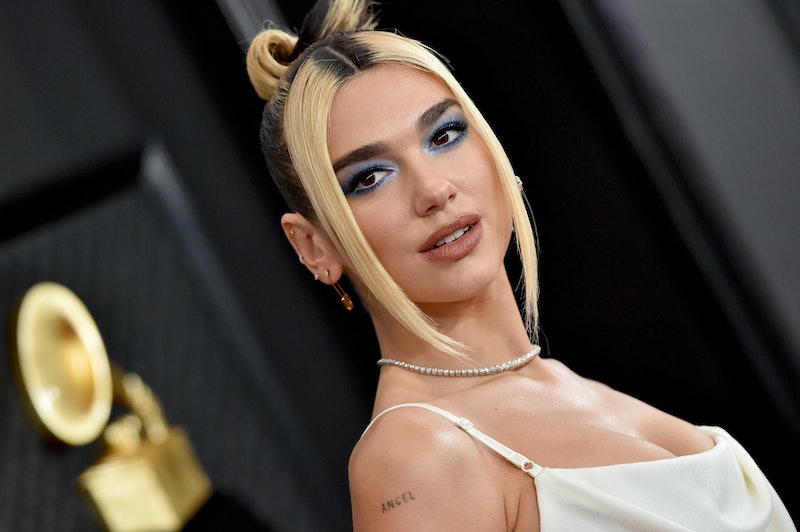 Amidst the flurry of award season, after parties are often untapped treasures for fashion inspiration. Despite being overshadowed by the main events, these post-event soirees often feature sleek and chic ensembles that are just as stunning as the red carpet gowns you just took in. Such was the case for the 2020 Grammy after-party looks worn by the music industry's biggest players.

While the 62nd Annual Grammy Awards red carpet saw some seriously glam ensembles that included Lizzo's all-white take on Old Hollywood glam by Atelier Versace, Priyanka Chopra's plunging gown, and Ariana Grande's magical Giambattista Valli masterpiece, it was the happenings after the show that really brought the fireworks. This is probably due to the fact that after parties typically call for less formal garments that are all fun and fashion-forward.

Getting the post-Grammys extravaganza started was Dua Lipa, who stunned in a sleek two-piece ensemble that worked in the '90s trend that's taking over in 2020. Also pulling out all the stops was the evening's big winner Billie Eilish (who swept four major categories including Album Of The Year), stuck to the Gucci theme that led her look all night. The singer and Grammy winner wore a colorful sweatsuit from the brand, layering it over a contrasting polo short with a different color scheme and accessorized with oversized sunnies.

That's just the tip of the iceberg. Ahead, take a look at the polished all-out glam looks that dominated the Grammys after-party circuit.

Eilish had a lot to celebrate, so she wore a festive and fun Gucci track suit to do just that.

Singer and actor Steinfeld donned a stunning black suit and chic Sergio Rossi pumps for a laid-back approach to the suiting trend.

Dua Lipa slipped into a black version of her ceremony look and a pair of high-top converse for a more comfortable look.

After turning heads on the red carpet in a vibrant orange ruffled gown, Teigen opted to make a more subtle-statement for the after-party; wearing a black mini-dress with a sculptural sleeve.

The songstress showed off her abs in a bralette and tailored, pinstriped suit.

The Best New Artist nominee slipped out of her star-adorned Chanel dress and into this sleek, edgy black ensemble (accessorized with Sergio Rossi heels) for the post-show festivities.

The actress looked super-sleek in this peek-a-boo, body-hugging dress that she paired with a glistening, pointy-toe pump.