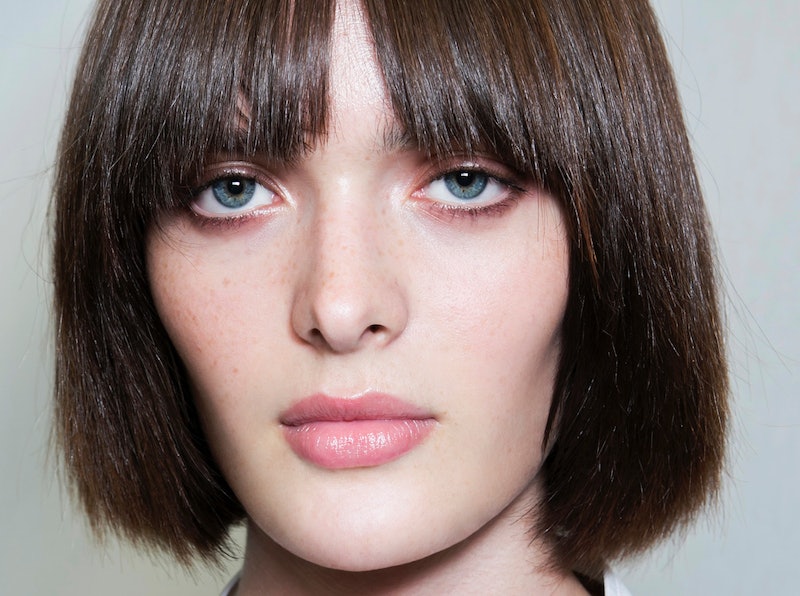 Earlier this year, Hermès set the beauty world alight with the launch of its first-ever ongoing cosmetics line. The 24 shades of lipstick with which the offshoot debuted were likened to the luxuriousness of its immortal Birkin bag, and like the iconic accessory itself — which has so far amassed more than a million iterations — the brand's arsenal of lipsticks is liable to just keep growing and growing and growing. New Rouge Hermès limited edition fall/winter 2020 hues are here.

The expanding lipstick range is quickly becoming another one of Hermès' high-end collector's items, albeit not quite as high-end as its trademark $12,000-to-$200,000 totes. At $67 to $72, the lip products still aren't that affordable, though. Rather, they coincide with the French fashion house's signature degree of grandeur.

Rouge Hermès lipsticks are thoughtfully curated and "poetic," as the brand describes them, even infused with a light scent created by Hermès perfumer Christine Nagel. Never mind that they come packaged in devastatingly chic, color-blocked tubes (which, by the way, are refillable, too).

Despite their slightly lofty price tags, many of the originals sold out quickly after the anticipated rollout. Still, the collection continues to expand with the latest introduction of three ephemeral, fall/winter-inspired shades.

According to an earlier statement, Hermès planned to begin dropping new beauty every six months starting September 2020. So far, this is the second limited-edition collection of Rouge Hermès, following the springy trio that dropped alongside the permanent collection in March.

The three new shades center around a seasonal pink motif and are inspired by legendary artists like Charles Sheeler, John Register, Arduino Cantàfora, and Jean Hélion, the brand said in a press release. Rose Ombré is a slightly muted "rosewood and waxed palisander"; Rose Pommette a "wild rose in bright sunlight" kind of vibrant pink; and Rose Nuit a deep, velvety pink with blue undertones. The latter is matte while the others leave a satiny finish. Each is $72 and available at Hermes.com starting Sept. 21.