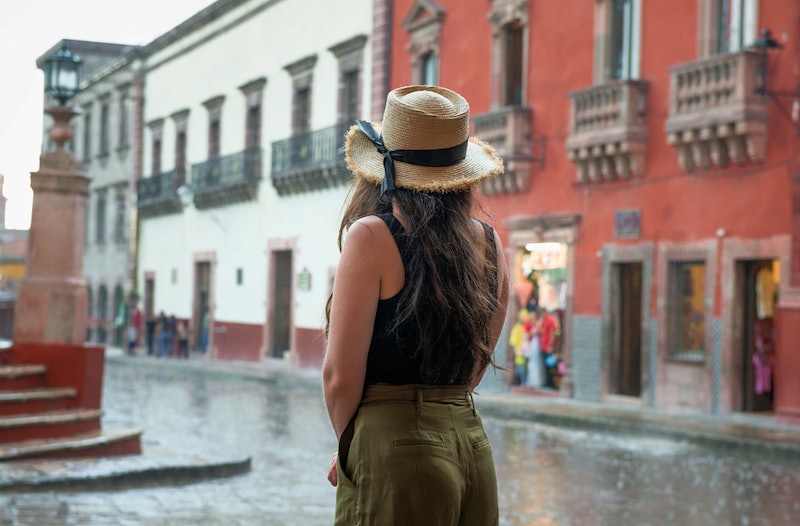 Sometimes one just needs a change. Maybe you've lived in the same city your whole life and want to pick up roots. Or maybe you have a gypsy heart and are itching for a new city to explore. Either way, nothing beats uncharted territory that also happens to have affordable housing options.

The housing market is tough to navigate, and sky-high prices in desirable areas are at the helm of the issue. It may seems like you have to lower your standards to find something you can actually afford (and who wants to move into a closet-sized fixer-upper?), but this doesn't have to be the case. Actually, there happen to be places all over the world that will satisfy both your wanderlust and your wallet, making a spontaneous move a bit easier to manage. In fact, it's possible to score a beautiful in-town apartment or condo on the beach in some of the most desirable parts of the globe ... if you know where to look.

With the help of experts at CIRE Travel, ahead, seven of the most affordable places to purchase a few square feet of paradise. Whether you're looking to buy a vacation home or you simply need a fresh start, these are the cheapest places to live if you're ready to get out of Dodge.

Jason Villacres, an expert in leisure and corporate travel, calls Nicaragua "a tropical escape with rivers, jungles, and volcanic areas that open up to lowland plains, all sandwiched between the Pacific and Atlantic oceans."

Here, beach bums and thrill seekers will find some of the most budget-friendly waterfront real estate in the world. "Flip a coin, heads go to the Pacific, tails the Atlantic," explains Villacres. "It’s up-and-coming on the adventure tourism scene, so living space is still affordable and you can get a lot of 'casa' for the dollar."

The seaside town of San Juan del Sur is listed on CNBC as one of the top picks for expats, thanks to its modern accommodations, ocean views, and affordability. If you're ready to buy a little piece of paradise, you can easily purchase a property for under $200,000.

Esther Klijn, who specializes in honeymoon and high-end leisure travel, says that Torino (aka, Turin) is an urbanite's dream.

In this "big little city," it's possible to snag a small apartment for under $200,000 amidst the metropolitan scene, and a nicer, updated space for under $350,000. If that seems a little on the pricey side, think about it this way: Compared to property in New York City, London, Los Angeles, or Paris, it's quite a bargain. "[Torino] feels like Paris without the fuss or the price tag, but still has all the magic," Klijn says.

But if that's still at the end of your budget and your heart's set on Italy, head to the mountainous region of Abruzzo, part of which sits on the coast of the Adriatic. Amongst historical buildings and ruins, you can purchase a large house for the same price as an in-town Torino apartment — or less.

The city of Greenville has been built into a buzzing destination filled with posh restaurants, shops, and art, while still maintaining its Southern roots. What's more, the state still experiences all four seasons, although winters are shorter and less harsh than they are in the northern part of the U.S.

Downtown has the feel of a bustling city with a sprawling park at its center, but head to the outskirts, and you'll find country trails and quiet neighborhoods. (Not to mention, it's just a few hours away from destinations like Charleston, Myrtle Beach, and Atlanta.) Business Insider rates Greenville one of the best affordable places to live in America, since you can purchase a beautiful condo or apartment within the $100,000 - 200,000 range, with houses being similarly inexpensive.

San Miguel de Allende is "a cosmopolitan but small city filled with art, restaurants, and a wonderful quality of life," according to Eric Hrubant, president of CIRE Travel. Boasting beautiful architecture and modern amenities, this area is a wonderful place to visit, plus its low cost of living makes it a popular place for expats to move or retire.

If you're looking for an affordable spot with a temperate climate that's close to the U.S., this might be it. Numbeo shows that city apartments cost around $171 per square foot, or $94 just outside the hub. You can easily find an in-town condo or apartment between $150,000 - $200,000, or a charming house just outside the center that fits within your budget.

If moody scenery and a quiet life in the country is more your thing, Katy Rebrovich, senior leisure agent and head of CIRE's West Coast office, suggests South West Wales. She describes a "rugged coastline, tiny country lanes, [and] small friendly communities" as part of its charm, plus plenty of local culture.

"This part of the UK is also home to an array of local artisans and local produce," Rebrovich says. "If you want a quaint, local vibe and long walks on the beach or cliffs (in all weather!), this might be the place for you."

You can scope out a little apartment or flat near one of the area's many hubs for well under $100,000. And if your budget is closer to $250,000, you'll have plenty of houses to choose from, too.

If you're a ski bunny searching for a snowy haven in the winter and year-round mountain views, head to this Four Corners state for a little piece of heaven. In the summer and fall, you'll have plenty of places to go hiking and biking, plus nearby resorts mean there are activities and events in every season.

Realtor.com rates Brian Head as one of the most affordable ski towns in America, with many cozy condos and town homes falling into the $150,000 - 200,000 range (or less). If you're always itching to head to the slopes, why not live on them, instead?

This hidden gem of a country has "gorgeous coastal beauty along the Adriatic," says CIRE chief of staff Amy Brueckner. "And with all the tourists going to Croatia, Montenegro, or Greece, Albania remains relatively unspoiled. Real estate there is extremely affordable … for now."

The country of Albania has a low cost of living overall, but the port city of Durrës is a perfect place to settle if you love being near the water. Numbeo data shows that apartment prices in Durrës are the equivalent of about $102 per square foot, and a mere $58 outside the city center. You can own a place in town with waterfront views of the Adriatic, even if your budget is below $100,000.