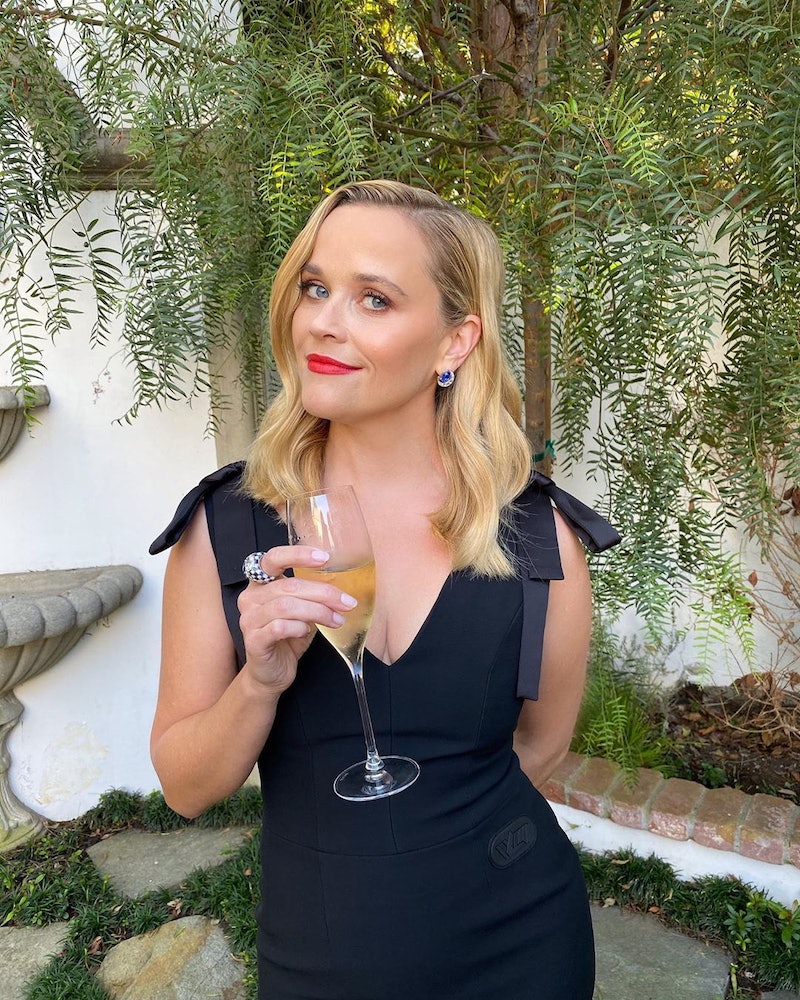 As with all 2020 awards shows, the 72nd Primetime Emmy Awards look wildly different this year. While 2019's show enjoyed all the luxuries that the pre-pandemic world took for granted — star-studded red carpets, large live audiences, etc. — the Sept. 20 event is, like many others, a virtual affair, with video conferencing abound. However, a few things have stayed the same — one of them being that all the beauty looks at the Emmys, like every year before, seriously wowed.

Sure, there weren't hundreds of looks to ogle over as usual, but the stars that did make an appearance did not come to play. She may have been sitting at home, but Rachel Brosnahan of The Marvelous Mrs. Maisel still showed up in a dramatic cat-eye courtesy of makeup artist Lisa Aharon. Tracee Ellis Ross, nominated for Outstanding Lead Actress In A Comedy Series in Black-ish, went slightly less bright than usual (though no less glam) with a toned-down version of her signature electric fuchsia lip. Little Fires Everywhere actor and producer Reese Witherspoon gave us a typical classic look with a bright red lip and soft waves, live from her yard.

Ahead, the beauty looks from the 2020 Emmys that are worth a second glance — or a recreation of your own.