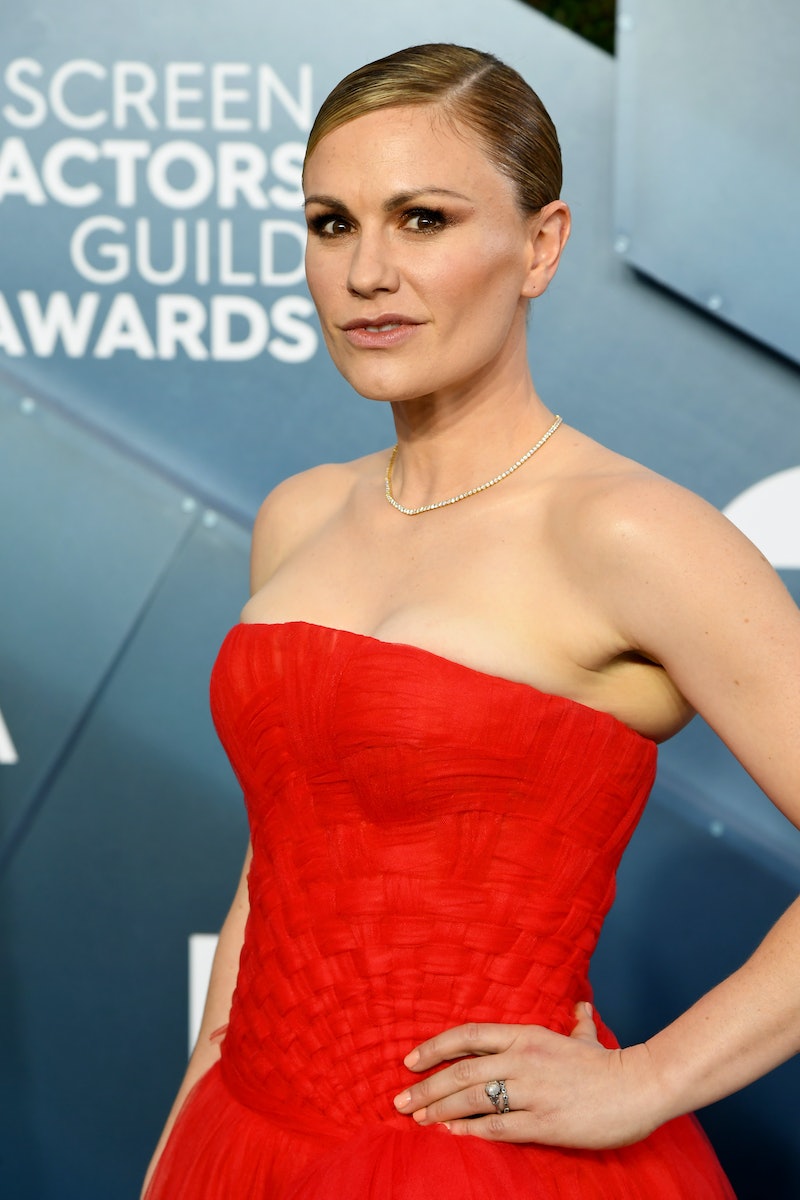 As the entertainment industry continues to move forward through this year's award show season, the red carpets keep getting better and better. And just when you thought Hollywood’s biggest names were already at the top of their sartorial game, the 2020 Screen Actors Guild Awards red carpet came to prove otherwise. And if you paid close attention to the details of every attendee’s ensemble, chances are you noticed that there was one key accessory these A-list celebrities couldn’t stop wearing: tennis necklaces.

It doesn’t take long for a major fashion trend to start gaining traction — especially it’s seen on the likes of Stranger Things actors Millie Bobbie Brown and Natalia Dyer. And after the industry’s upper echelon started making their appearances at the Shrine Auditorium in Los Angeles on Jan. 19, it was clear to see that the tennis necklace is going to be everywhere this season.

Whether it was in the form of a simple, timeless style, like the Cartier necklace that Brown donned with her all-white Louis Vuitton pants set, or a touch more contemporary like Yvonne Strahovski's necklace — which features a larger diamond — there’s no doubt that the stars aligned on this major trend. It only makes sense though, considering its ability to add a timeless air of Hollywood glam to any ensemble — and by looking at Dyer's look for the night — which a unique tennis necklace with another diamond piece — it can feel quite modern, too.

Ahead, see the moments when tennis necklaces accessory appeared on the 2020 SAG Awards red carpet.

Opting out of the traditional gown for this year's SAG Awards, the Stranger Things actor chose to wear a monochromatic Louis Vuitton ensemble. Keeping her jewelry on the simpler side, she wore a simple tennis necklace from Cartier.

Strahovski donned a necklace featuring a statement-making large diamond to go with her off-the-shoulder Khyeli gown.

Rather than wearing one necklace, Dyer wore her Cartier tennis necklace with another diamond necklace, which is also by the historic jewelry brand.

The Harriet actor chose to complement her custom Schiaparelli Couture gown with a simple tennis necklace, pulling her entire look together.

For a undeniably classic outfit that embodied Hollywood glamour, The Irishman actor Anna Paquin wore a diamond tennis necklace with yellow gold to go with her bold red gown.