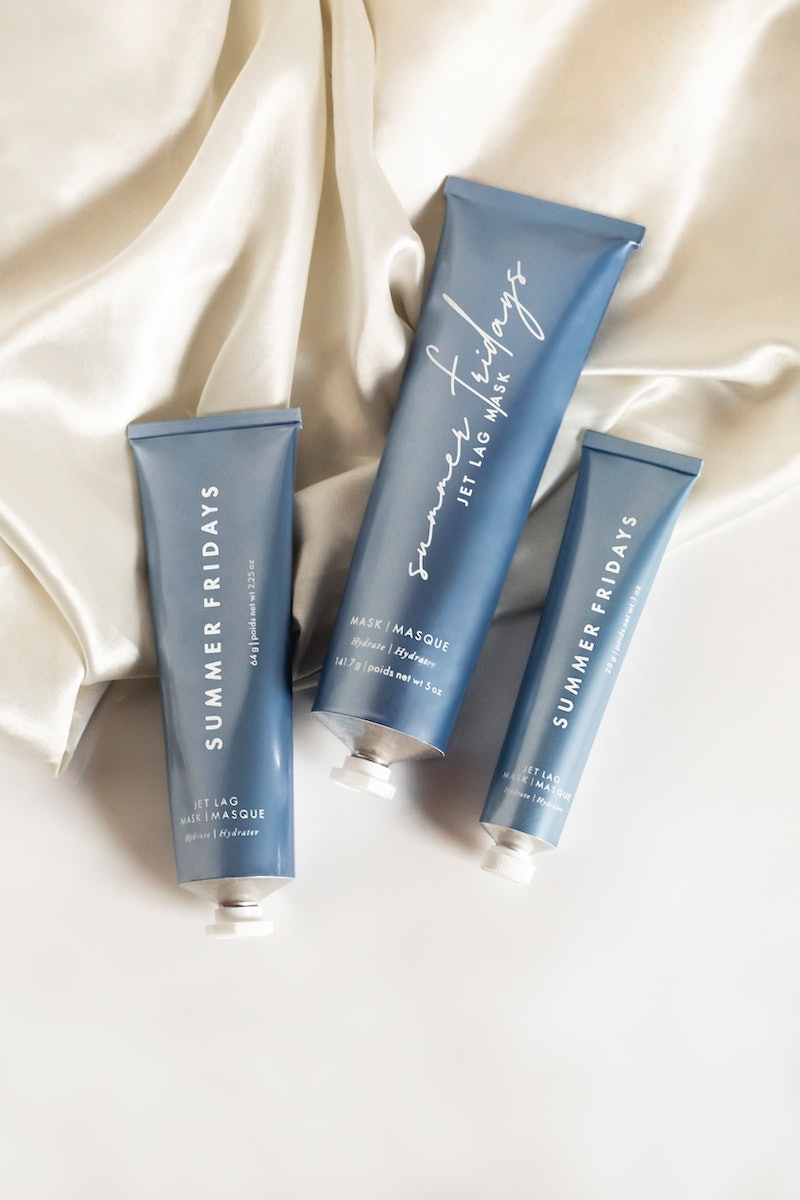 While the concept of a carry-on bag and red-eye flight seems like a distant memory, metaphorical jet lag is still very much a thing. Whether it's a 24-hour marathon of Netflix, one too many Zoom calls, or simply a bout of maskne, your skin is still subject to these (albeit new) forms of fatigue. To combat them, Summer Fridays' jumbo Jet Lag Mask has landed, and while it won't be tucked away in your seat-back pocket, it can still solve for unhappy skin, just on a bigger scale.

The new edition can be purchased on Sephora starting Sept. 29, but since it's only available for a limited time, it's not worth reserving for your holiday list at the chance of missing out. At $65, it provides almost twice the amount of its older sister, but despite the size change and slightly different tube design, it's still the same coveted formula.

Other than the fact that it looks gorgeous sitting on your bathroom counter, the reason why this creamy mask is so loved is because of what's in it. According to Sephora's guidelines, it's clean, and there are three stars on the ingredient list that have made it a holy grail product: chestnut extract, vitamin C, and niacinamide.

Antioxidant-heavy vitamin C is already a popular name with skincare connoisseurs and is known for its brightening abilities. Niacinamide is also becoming a more familiar face in products, assisting you in combatting uneven texture, fine lines, and any blemishes or congestion that occasionally pop up.

But of the three, chestnut extract seems to be the least well-known, yet a very important inclusion. According to the brand, it's a master of exfoliation and responsible for restoring the glow your complexion may have lost in the midst of traveling, working, or part in thanks to the addition of extra stress.

So, jet-setting or not, you can grab a bigger dose of the cult-favorite mask, below.