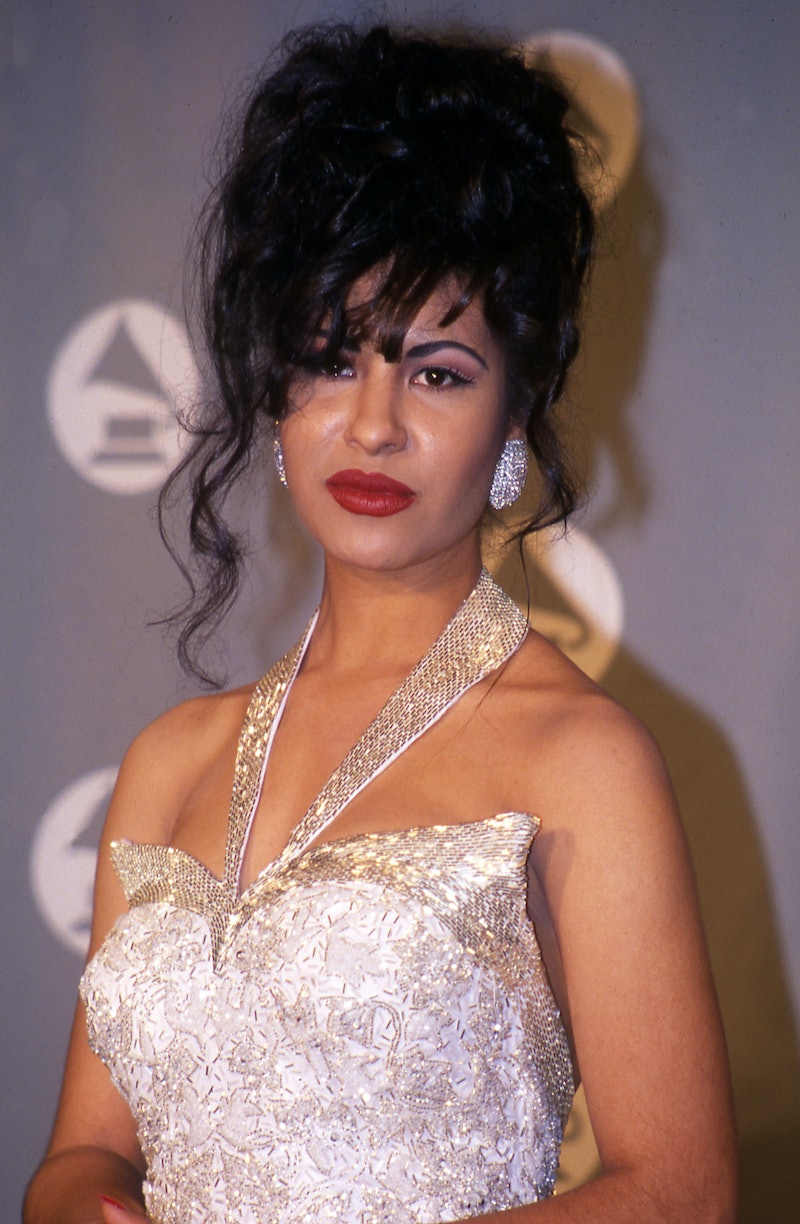 More than 25 years after her untimely death, Selena Quintanilla-Pérez (referred to by fans as simply Selena) remains a name unforgotten in households across the United States, Mexico, and beyond. Her prominent fray of tousled bangs and red lip remain instantly recognizable. And most importantly, her musical body of work remains highly regarded. It comes as no surprise then that Hollywood would want to further tell the life story of the Mexican-American pop star, slating Selena: The Series to debut on Netflix on December 4.

Described by the content platform and production company as a coming of age story, the two-part series will feature 30-year-old The Walking Dead star Christian Serratos as Selena, and illustrate the Bidi Bidi Bom Bom singer’s rise to fame, depicting the hurdles she and her family faced along the way. In contrast to the 1997 biopic film released shortly after the young performer's death, and starring Jennifer Lopez, the Netflix series (co-developed and produced by Selena’s family in conjunction with Netflix), can be expected to tell the musician’s story from the all encompassing lens of both herself, and her close family whom were also her bandmates.

The late singer took the lead of her family band Selena y Los Dinos around age 10, and catapulted her career in the 1980s, rising steadily until 1995 when she was murdered by the founder of her fan club at age 23. By that time, the singer had amassed global recognition and a widespread fan base, was dubbed the “Queen of Tejano" (the music style comprised of Mexican, American, and European elements), and would go on to be remembered by fans as a representation of Mexican culture in America. "I feel proud to be Mexican," Selena says in a 1994 interview. "I didn't have the opportunity to learn Spanish when I was a girl, but... it's never too to get in touch with your roots."

Among her many accomplishments, the young star's first album, Ven Conmigo, was the first Tejano album to sell over 500,000 copies. She also became the first female artist awarded a Grammy for Best Mexican-American Album, and even after her tragic passing, her posthumous English album, Dreaming of You, went on to sell over six million copies.

Then there is, of course, another reason that fans and celebrities alike continue to pay homage to the Texas-born artist: Selena's iconic sense of style. Bedazzled bustiers and crop tops, leggings, and sparkly sets live on as signature fashions of the singer, recreated by the likes of Kim Kardashian, Demi Lovato and America Ferrera. Her classic glam remains a staple as well, becoming the inspiration for two full M.A.C. Cosmetics makeup collections.

While this may not be the first time fans have seen the pop star's career reenacted on screen, many fans can agree that Selena’s legacy is one which deserves to live on in such a way. Plus, viewers may enjoy a story told from childhood that further illustrates her family’s journey as well. The on-point glam and costuming (including that iconic, pearl-embellished white two-piece number) is only further reason to tune in to the film. Until then, fans and newcomers alike can look ahead for a glimpse at Netflix's adaptation of Christian Serratos as the unforgettable Mexican-American pop music figure.

Selena: The Series On Netflix

Christian Serratos as Selena Quintanilla poses wearing a white shirt, an apparent style favorite of Selena's outside of her performance costumes.

Christian Serratos as Selena accepts the award for Album of the Year at the 14th Annual Tejano Music Awards in San Antonio in 1994.

Christian Serratos as Selena poses with her bandmates, who were together known as Selena y Los Dinos, or Selena and the Guys.

Christian Serratos as Selena performing at the Astrodome in Houston, Texas wearing one of the singer's widely-recognized outfits: a beaded bustier with matching high-waisted beaded trousers.

Christian Serratos as Selena poses with her bandmates during one of her three performances at the Astrodome in Houston, Texas.