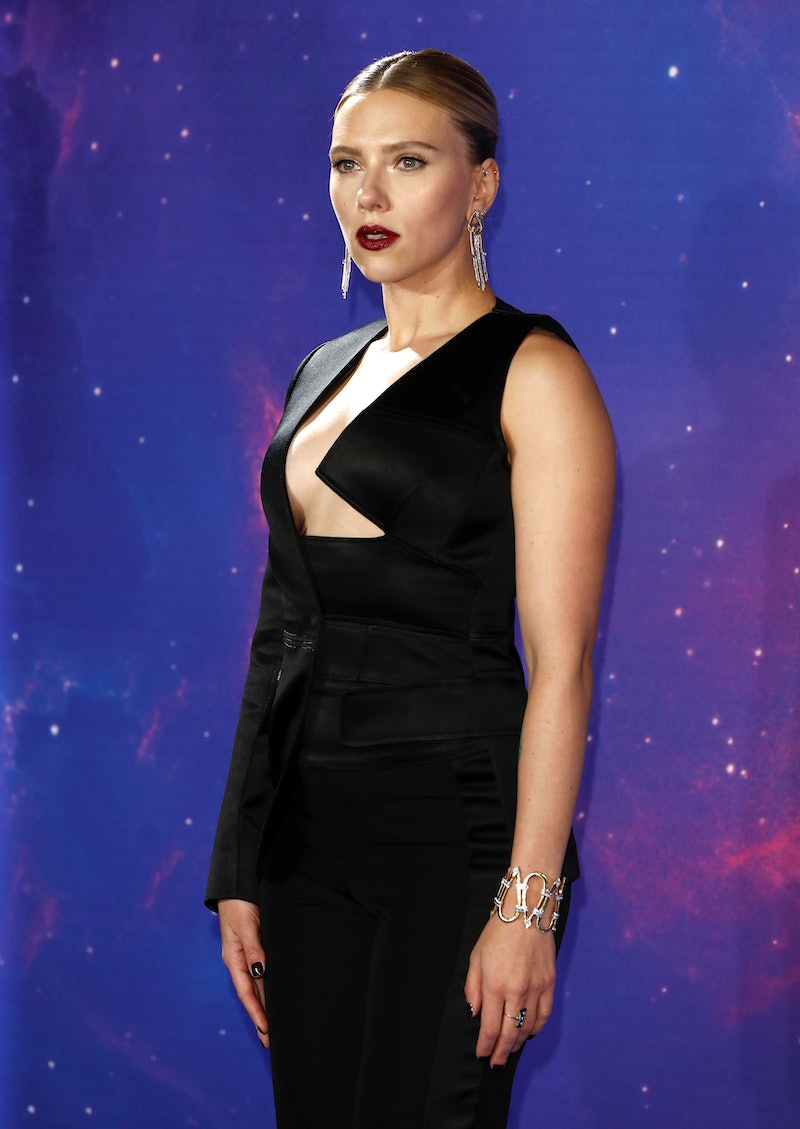 Wedding bells are ringing in Hollywood. After two years of dating, Scarlett Johansson and Colin Jost have announced their engagement. The 34-year-old Avengers: Endgame star will officially be tying the knot with the longtime Saturday Night Live writer and co-anchor of the variety show's "Weekend Update." Johansson's publicist confirmed the nuptials to the Associated Press on Sun., noting that a specific date for the special day has yet to be set.

The pair has made a handful of public appearances since getting together in 2017, their most recent red carpet moment being at the premier for Avengers: Endgame, in which Johansson stars as Black Widow. At the premier, the actor flashed an arresting cluster of custom-designed Sonia Boyajian gemstones tethered by a golden cuff and chain, inspired by the Infinity Gauntlet from the action film franchise. The actor paired the statement jewelry with a sparkly silver gown, with co-star Brie Larson looking equally dazzling in a satin lilac Celine number and her own custom jewels inspired by the film.

No photos of the engagement ring have surfaced just yet, but Johansson's rainbow gauntlet was commissioned by none other than fiancé Colin Jost. If the Avengers-themed jewelry is any indication of Jost's style sensibilities, ScarJo's ring surely won't disappoint. She looked like a million bucks in a low-plunging, sequin-adorned Balmain gown at the Emmys back in Sept., so we know the mother-of-one looks stellar in white.

Despite keeping their relationship relatively low-key, ScarJost has been steadily making memories since first being spotted canoodling at the Saturday Night Live after-party back in 2017. Us reported that the couple enjoyed several holiday weekends in Long Island last summer, and they continued appearing together at a range of high profile events, from the American Museum of Natural History Gala to the 2018 Met Gala.

This will be Jost's first time being wed, while Johansson was previously married to actor Ryan Reynolds and journalist Romain Dauriac, with whom she shares a daughter, Rose Dorothy. Time will tell just how public their ceremony will be, but one thing's for sure: The pair looks radiant side-by-side, and they're certainly no strangers to winning couples style on the red carpet.