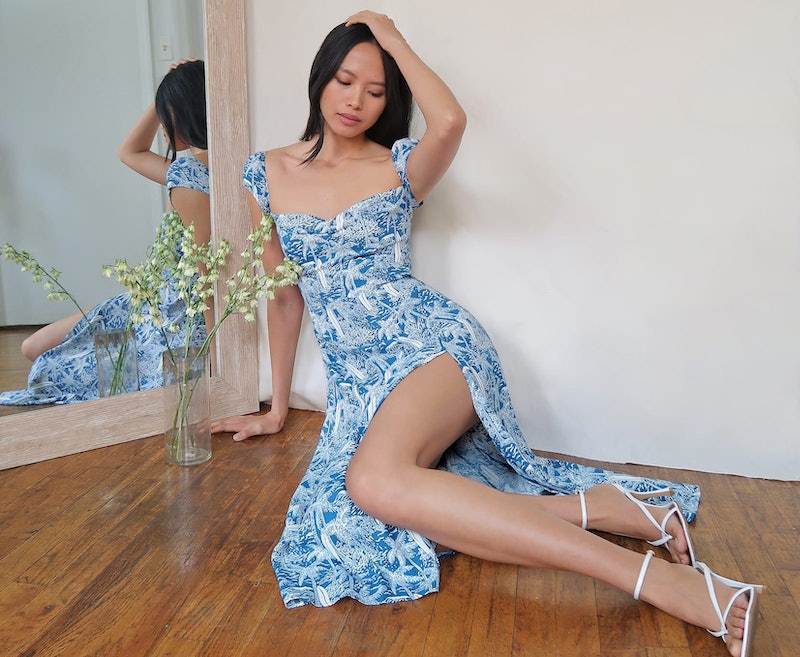 In a June 12 announcement on the brand's site, Yael Aflalo stepped down from her role as founder and CEO of Reformation. According to a story from Business of Fashion, current acting president Hali Borenstein will assume her seat. This comes after accusations of racism against Reformation have surfaced in the weeks prior, stemming from Aflalo's leadership since founding the brand in 2009.

"Over the past few years it has become clear to me that I am not the right person to lead a business of Reformation’s size and scope," said Aflalo said in a statement on Reformation's website. "On a personal note, I have long struggled with the public-facing nature of my role and with managing our team. It is time for a change."

On May 31, Reformation, the L.A. label that often touts its sustainable products and fair business practices, posted a list on Instagram of organizations to support, including the NAACP and Black Lives Matter, without highlighting any of its own brand practices or indicating any plan of action to promote inclusivity in the workplace. What followed was an avalanche of condemning comments from past employees, which pitted Ref's display of performative solidarity against the reality. American model Indira Scott wrote that she was "probably illegally" fired for appearing late for a few shifts, when her white counterparts did not receive the same scrutiny.

The most harrowing testimony came from stylist Elle Santiago, who worked as an Assistant Manager at Reformation's New York flagship and condemned the company for whitewashing, "I am addressing this issue as a stance again companies who play a role in the systems that fail our black and brown brothers and sisters daily," Santiago wrote on Instagram. "This is only one example of a very large and in charge problem."

In response to Santiago's post along with the stories of other former employees, Aflalo shared an apology on Reformation's Instagram page. "When I hear Black colleagues who felt that I avoided them because of the color of their skin, I burn inside," she says. "This was not about the color of you skin, it's about my shortcomings as a person." The brand is launching an internal investigation into the workplace conflicts voiced, while also outlining contributions to NAACP and other organizations. Many are still pressing for a commitment to Jackie Aina's #PullUpOrShutUp initiative, which asks brands to release the number of BIPOC employees in their greater organization and C-Suite roles.

In lieu of practiced inclusivity, performative activism has become an oft-followed path for brands that are only now being challenged for the lack of representation within their own walls. The tragic losses in the Black community have spurred a reckoning on all fronts, with apology, accountability and eagerness to change being the best resolve to press forward with. As brands continue to reshape their futures, ravaged by the COVID-19 crisis and subverted by changing politics, shoppers should continue to hold brands accountable for the changes they've committed to — even if they were late in making them. A great place to start is with our holistic list of Black-owned brands in fashion, home decor and beyond, all of whom champion inclusivity at every turn.

Editor’s Note: This article has been updated to reflect Yael's Aflalo's resignation.

This article was originally published on 6.9.2020