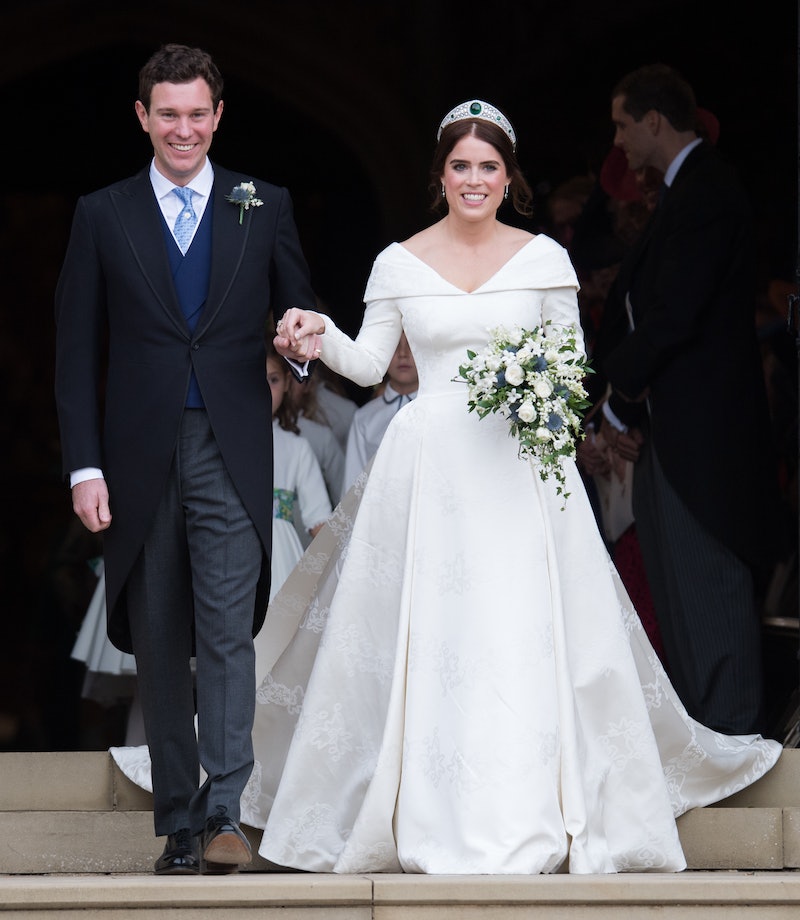 This year has been characteristically gloomy thus far — but, thanks to an influx of exciting announcements in recent weeks, it seems that the mood has begun to lift. On the heels of Gigi Hadid's daughter's birth a few days ago, a new announcement is going viral across Instagram, and it's promising to keep up everyone's baby fever. On Sep. 25, the Buckingham Palace confirmed that Princess Eugenie is expecting her first child with husband Jack Brooksbank, shortly after the royal had taken to Instagram to share the news.

"Jack and I are so excited for early 2021....👶🏻," wrote the princess in an Instagram post on Friday morning. The post displayed Eugenie and Brooksbank's hands, both holding a pair of fuzzy, baby bear slippers (which are just $10 on John Lewis & Partners). Of course, the comments section erupted — with royals fans and celebrities alike jumping in to deliver warm wishes to the parents-to-be. "So soooo happy for you both. Love you 💙" wrote Ellie Goulding.

The Buckingham Palace confirmed the news shortly after: "Her Royal Highness Princess Eugenie and Mr Jack Brooksbank are very pleased to announce that they are expecting a baby in early 2021," the announcement read. "The Duke of York and Sarah, Duchess of York, Mr and Mrs George Brooksbank, The Queen and The Duke of Edinburgh are delighted with the news."

Apart from the precious slippers, what also stuck out in the post was Princess Eugenie's famous engagement ring, which features a surprising Padparadscha Sapphire gem that's widely considered to be one the of rarest stones in the world. Encircled by a floral halo with a yellow gold setting, the statement ring is often likened to her mother, Sarah Ferguson's. The Duchess of York's features a blush-toned Burmese ruby in a similar flower diamond halo.

For more updates on the royals' little one, be sure to keep up with the royal couple (including through Princess Eugenie's Instagram) ahead of her hinted early 2021 due date.