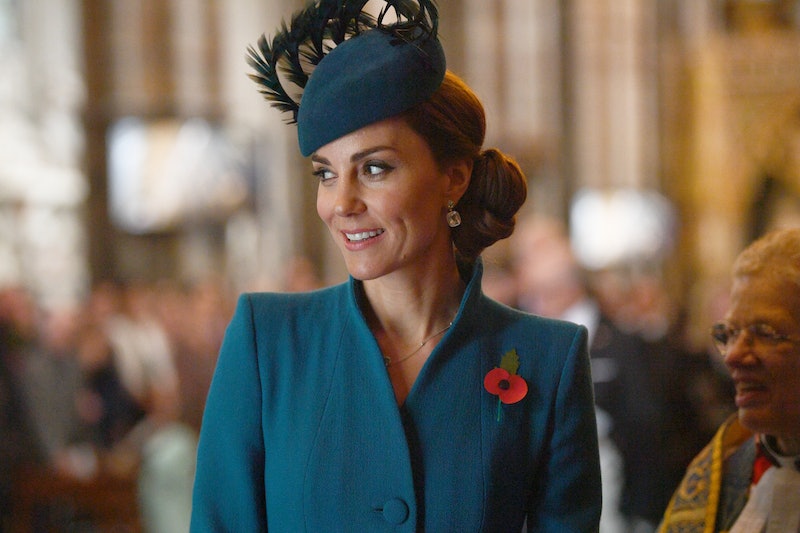 If Princess Diana were alive today, she and the Duchess would undoubtedly be besties. They would certainly have similar tastes in fashion, at least, judging by the many ways Middleton constantly channels her late mother-in-law's style. You can almost picture it: Princess Diana and Kate Middleton wearing matching Superga sneakers as they stroll together through the Royal Gardens.

You know those canvas tennis shoes the 37-year-old always wears? Well, the late princess actually had them first. Whether Middleton studied Diana's wardrobe staples in her early days of duchess-hood or their personal styles naturally match up that much, the royal has, in any case, ended up with pretty much the same pair of sneakers the icon used to wear in the '90s.

It isn't too surprising of a coincidence, considering how popular the Italian shoe brand is (among Brits, particularly). Still, it's impossible to ignore the connection when Middleton makes subtle tributes to Princess Diana all the time.

Take the duchess' all-black ensemble at the 2016 Remembrance Sunday Service, for instance. It was the same exact outfit (wide-brim had included) Princess Diana wore to that very service in 1991. Nearly all three of her baby reveal outfits have been modeled after the ones her late mother-in-law wore when debuting Prince William and Prince Harry.

Middleton has been known to dip into the late royal's jewelry vault now and again, too, wearing the iconic Lovers' Knot tiara on repeat (including during President Trump's state visit just recently). Even their wedding dresses were similar, many people argue.

It's no surprise that she's taken after Princess Diana's sneaker preferences, too. Middleton has been living in her classic white Superga 2750 Cotus since 2007, sporting them to cheer on charity races, packing them during her trips to Germany, and dusting them off yet again this past May during the Chelsea Flower Show.

She rarely wears any other trainers, except maybe on the occasion that she needs something slightly sportier (for that, she reaches for her New Balance Fresh Foam Cruz Sneakers).

Princess Diana's Supergas of choice were navy with chunky white platform soles. She debuted them during a Red Cross mission to Angola, when she paired them with light-wash, straight-leg jeans, a blue button-down top, and a double-breasted navy Armani blazer with gold-toned buttons.

Let's be honest, nobody is better fit to be your fashion muse than this stylish duo, so get their look with these versatile sneakers, ahead.