By Katie Stanovick
1.28.2020
Courtesy of Otherland 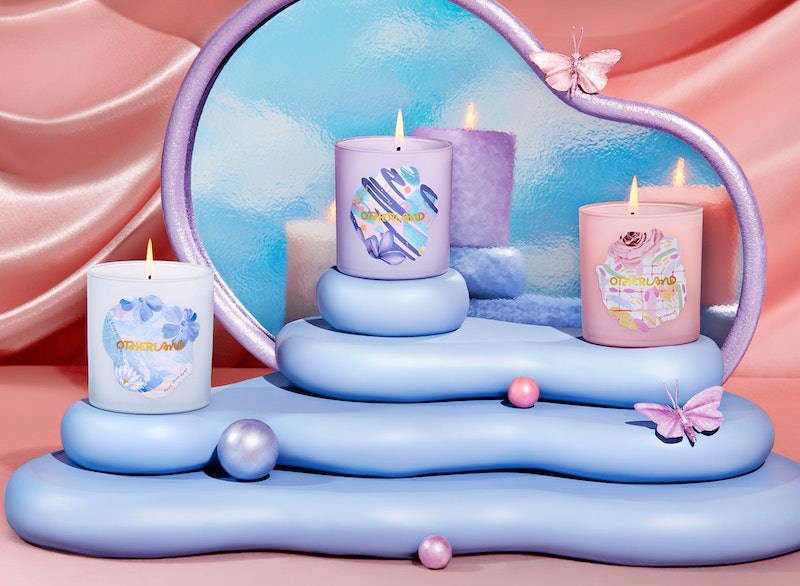 There's no denying adulthood does have its perks: no more awkward braces, having to ask your parents to drive you everywhere, or figuring out rudimental relationships. But, every now and then, reminiscing on your younger days is a welcomed break from the realities of being an adult. So, instead of rewatching Clueless or pulling out old summer camp photos, Otherland's new Carefree 90s Collection drops today with three candles that are one match away from nostalgic bliss.

If you snagged any of the candles from Otherland's Gilded Holiday Collection, you know how well the brand sticks to a theme. And this time, recreating the '90s into three scents — Blue Jean Baby, Dreamlight, and Glosspop — was not only for the mems; it was personal. “Scent is the strongest trigger of memory," said Otherland's Co-founder and CEO, Abigail Cook Stone, said in a press email. "One whiff can instantly transport you, surfacing emotions and memories from long ago. As we cope with the stress of and unrest with today’s modern, increasingly digital world, I was inspired to escape back to my childhood."

And escape you may, because even though the collection was made with millennials in mind, the candles — $36 each — are scents that can transport you to the iconic '90s whether it was your childhood or not. The softest scent is Blue Jean Baby, which harkens back to the low-rise era of jeans (which, believe it or not, is now starting to make a comeback). And if you thought jeans didn't have a scent, think again; the heart of Blue Jean Baby is washed denim, which is rounded out with white musk and mimosa flower.

For those who were obsessed with thick, sparkly lip gloss, look no further than aptly titled Glosspop, which brings all the sweetness with strawberry gloss, frosted rose, and hard candy. Culminating the collection is floral-scented Dreamlight, which brings wild freesia and plush plumeria, plus a tang of juicy tangerine at the end.

Ready to reminisce? All three candles can be found on Otherland's website right now. Keep scrolling to see which one sparks your inner child — and be prepared to realize you may just want them all.