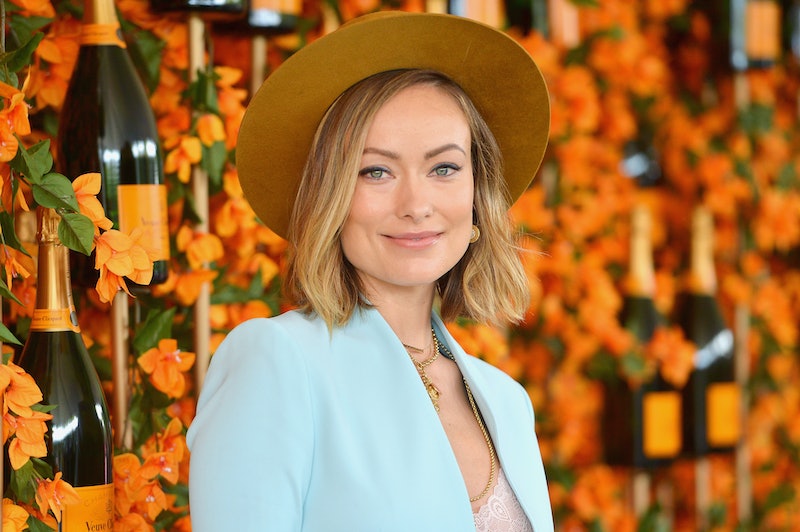 Olivia Wilde has been on-the-go promoting her directional debut, Booksmart, a modern-day teen movie that grapples with a range of issues affecting the youth in 2019. Following in the footsteps of beloved classics like Clueless and The Breakfast Club, the coming-of-age film has received glowing reviews thus far, thanks to its relatable, heartfelt storyline. While speaking with the press about the challenging, winding road to directing a female-led film, the longtime actor and mother-of-two is keeping style at the forefront, repeatedly serving stellar looks with the help of celebrity stylist, Karla Welch. Olivia Wilde's paisley dress was the latest standout piece in the actor's fashion-forward marathon, which paired nicely with a fedora and booties for the BUILD Series on Weds. in New York City.

After turning heads last week with a floor-length plaid prairie dress, Wilde maintains her inclination towards maxi dresses as temps continue to rise. Opting for high-coverage ensembles while enjoying her foray into directing, the 35-year-old is lending a number of modest dressing tips for warmer months. As proven by this colorful, bohemian number, covering up doesn't have to mean sacrificing personality or style, no matter the season.

Aside from its long sleeves and high neck, Wilde's dress presents an alternative pattern for spring as well. As animal print, polka dots, and tie-dye steal the limelight in terms of trends, Wilde is making a case for an oft-forgotten favorite: paisley. Making a nod at the '60s and '70s, the orange and black frock served as a sound reminder not to sleep on the funky pattern this season.

If you're in need of a break from your go-to leopard print garments, consider the actor-approved alternative as a stylish stand-in. The Zoe Report rounded up a few chic styles across the web, so hop on the Wilde-approved trend and stock up on paisley for spring, ahead.

If you're a die-hard city slicker who sticks to all black, this sleeveless paisley dress is for you.

Keep it mellow with these marigold flares that make a stylish nod to the '70s without feeling costume-y.

Get ready to serve bohemian vibes with the help of this deep teal maxi dress.

Pair this frock with strappy sandals and a straw bag for a no-fail summer look.