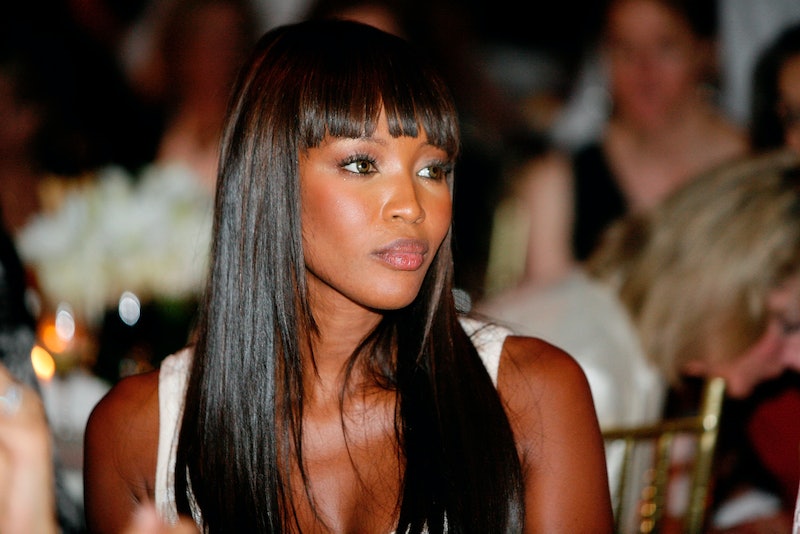 A supermodel like Naomi Campbell needs no introduction. With a career that spans decades, Campbell is a fashion industry darling with an impressive resumé of accomplishments. And with that resumé of course comes an archive of outfits that will be celebrated by the industry for decades more to come. Campbell's 50th birthday on May 22 is a worthy occasion to look back at just a few of Naomi Campbell's best looks from over the years.

The Brit dominated the runways during the supermodel era of the '90s alongside the likes of Kate Moss, Cindy Crawford, and Claudia Schiffer. Now, many of the runway looks from the era have come back into the zeitgeist, with Chanel's bikinis and Gianni Versace's minidresses frequently popping up on Instagram's discover page. Recently, Campbell has taken on a new role in the industry, gathering a loyal following on her social media. Her YouTube has become a particularly buzzworthy space, especially with the launch of her series 'No Filter with Naomi' where she interviews friends like Marc Jacobs and long-time supermodel pal Cindy Crawford.

Of course, the collection of iconic moments from Campbell is never-ending but this list ahead is just a few of the best form the archives.

For this textbook-worthy moment, Campbell attended and also spoke at Maybelline's Look of the Year event at New York City's Plaza Hotel in 1991.

Party-goer Campbell made the model rounds at Arista Records Pre-Party for the 33rd Annual Grammy Awards.

Not only is she one of the world's first supermodels, but she's also a founding Victoria's Secret Angel. Here she ushered in Valentine's Day at the New York City show in February of 1996.

Gianni Versace was a close friend to Campbell and thus the two serve as an iconic duo in fashion's history. Here, Campbell's disco-ball gown at the 1995 Met Gala was one for the books.

Supermodel besties Naomi Campbell and Kate Moss attended the De Beers/Versace 'Diamonds are Forever' celebration at the Syon House in London on June 09, 1999.

While this may not count as a 'look' per se, the rare moment that the supermodel took a trip down the Vivienne Westwood Fall 1993 runway went down in history as the models only runway slip-up (to be fair, she was sporting 10-inch stilts on her feet).

She stunned in a sheer lace gown with mesmerizing locks at the 27th Annual Fifi Awards at Lincoln Center's Avery Fisher Hall in New York City.

Though no one had any doubts, Campbell proved menswear suits her just as well as gowns at the renowned 2018 Oscars after-party hosted be Vanity Fair in Beverly Hills.

In Feb. of 2019, Campbell attended a Paris Fashion Week party sporting an avant-garde gown that only a founding supermodel could pull off this well.

Most recently, the super model proved she's still got it and always will at the 2019 Met Gala celebrating 'camp' but looking every inch the icon she's known as.