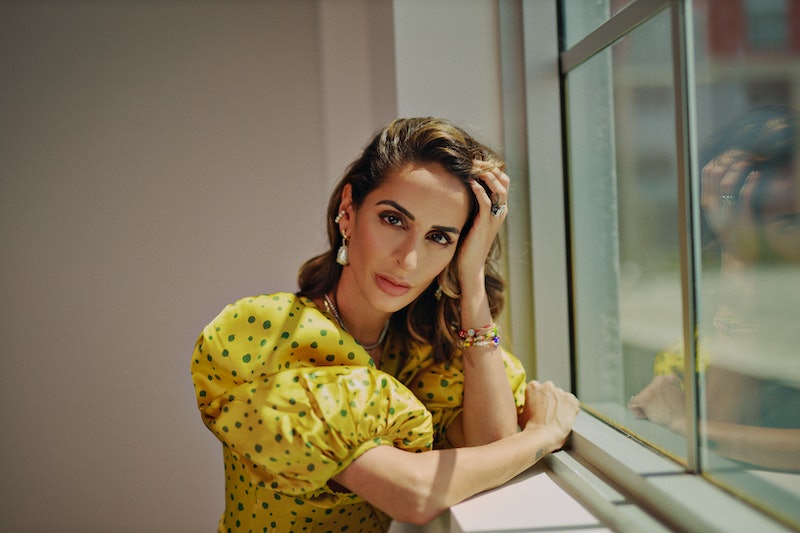 A year ago, luxury marketing professional Iman Hasan was living a frenetic but fulfilling work life. She'd just become her own boss by founding a marketing agency run entirely by women, and was servicing cool lifestyle brands like Curio at Faena Bazaar on Miami Beach and Life House hotels. Then came the pandemic. Hasan had to take a beat to figure what direction she would steer her firm in, but it also led to her starting We Are Renn, an incubator for beauty brands founded by women of color.

“For the first time in my life, I was really able to slow down and try and figure what brings me purpose, which is being able to give back to my community,” she says. Hasan knew the route to doing that was by deploying her professional strengths. “It’s so rewarding to take a startup from a certain point, grow its trajectory, and bring the [founder’s] vision to life,” she says. “I knew what I could do to give back was help more women get empowered to run their companies.”

When she started investigating the incubation space for beauty, health, and wellness brands, Hasan found not a gap as much as a chasm. The statistics are well known: Though firms owned by WOC grew 43% from 2014 to 2019 according to American Express's 2019 State of Women-Owned Businesses Report, they receive less than 1% of all venture capital funding. WOC founders often have little to no access to networks of wealth, and a lack of opportunities, business education, network and know-how. And considering the type of heads in charge of funding decisions (think white, greying, and male), the landscape isn’t going to change any time soon. “Investors’ pattern recognition for leadership does not include people who look like me,” says Priyanka Ganjoo, the founder of Kulfi Beauty, an upcoming brand designed for South Asian skin tones and undertones. “Men are allowed to be visionaries and have ideas. Women, especially women of color, are supposed to have proof points,” she adds. (Kulfi Beauty is not affiliated with We Are Renn.)

If women of color are to get funding and succeed, it often falls on them to create a network to lift each other up. That’s Hasan’s game plan — to empower female founders to run their businesses, efficiently deploy capital, and understand their market. “All the incubatees will be women of color. That’s where we saw the shortfall and the opportunity, and that’s where we saw women not being supported,” says Hasan.

She’s planning to make that happen in a marketing-focused way, playing to her strengths. “The two biggest costs all brands incur are, first, to create their products and second, marketing,” says Hasan. Costs can skyrocket when you’re paying for search engine optimization and search engine marketing, influencer and celebrity placements, PR retainers, Instagram ads and social media management — most of which are needed for new brands to gain traction. Going viral on social media is more a matter of marketing dollars than organic reach. “With the world becoming more and more digital, a lot of brands can’t afford to become the next Internet sweetheart. It’s really hard.” That’s where Hasan comes in, with her platform, network, connections — and a nest egg.

We Are Renn will start by incubating one brand for 12 months early next year, then add one additional brand at six month intervals. In exchange for equity, each founder gets to dip into a pool of $1.5 million, to put towards any needs they might have to get to market, from packaging and branding to public relations and distribution. They also get to tap an incredible panel of advisors that Hasan has gathered, many of whom will act as a sounding board for the incubatees. [There’s Abinta Malik, ex-VP of The Gap Group, Alexandra Wilkis Wilson, co-founder of Gilt and GlamSquad, Divya Gugnani, co-founder of Wander Beauty, Oscar-winning filmmaker, Sharmeen Obaid Chinoy, plus fashion directors, magazine and digital editors, and a cabal of successful WOC brand founders, like She'Neil Johnson Spence and Nicolette Graves of Base Butter.]

A diverse, woman-heavy advisory board that looks beyond tokenism and really evaluates business ideas on an individual level is necessary if funding dollars are to be equitably distributed. In conversations with other investors, it’s been pointed out to Ganjoo that there is already another South Asian brand in the market, or that the fund has already invested in another POC. “It creates a feeling of scarce resources and an environment where WOC brands can feel like they are competing against each other. We should be seen as more than a WOC brand, as one that has a personality, values, and products that are distinct from others. There are hundreds of brands that celebrate French beauty or Italian heritage in fashion and we appreciate their individual stories. Why doesn’t the same apply to WOC founded brands?” she asks.

Also importantly, funding these businesses, in many instances, allows POC to reclaim ownership of their heritage. We Are Renn aims to give a voice to people of color who have watched from the sidelines for generations as more connected, affluent — and usually white — entrepreneurs appropriated and commodified their healing methods and indigenous beauty and wellness practices. It’s only recently that POC have begun authoritatively reclaiming their own cultural practices and forming brands that celebrate them authentically while placing them in the correct context.

Hasan, a Pakistani-Muslim woman, knows better than most what it takes to succeed as a double minority in an uncertain economic climate. Her fledgling agency, Iman Hasan Creative, which is based between New York and Miami, took a nosedive after the pandemic when clients put them on pause. She stopped to take a beat, and then pushed ahead by boosting the digital arm of the agency, convincing previously reluctant clients to forego in-person events for digital experiences. This kind of light-footed management style is what she’s looking for in the potential incubatees. Founders who have the ability to pivot quickly when things aren’t working out are the ones entrepreneurial dreams are made of. “We want someone who is nimble and open to change. If the pandemic has shown us anything, it’s that nothing is in our control. Plan for the best, be open to anything, and make sure it doesn’t put you flat on your back,” she says.

A steep learning curve awaits the incubatees next year. Hasan’s key lessons will include no-nonsense advice like raising just as much capital as is required (“people over-raise capital and give away too much of their company”); being fully transparent about how and where ingredients are sourced and how the product is manufactured; and launching only if they’re fully prepared to jettison into Phase 2 in case the brand becomes a phenomenon, which is becoming more of a possibility with viral social media reach.

“My biggest goal is to introduce diversity as a norm rather than abnormal conversation in beauty, health, and wellness so that shelves full of minority-founded female brands become a normal thing,” she says.