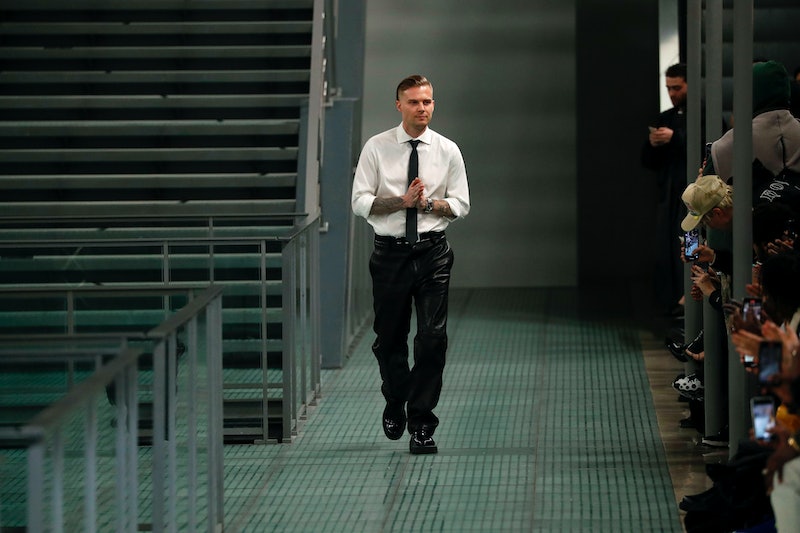 It's been just over two months since Givenchy announced Clare Waight Keller’s departure from the luxury label on April 10, 2020. The news added to an already-tumultous time for the fashion industry, which is in flux due in part to Covid-19. But, through the shifts, there have been exciting discussions of future change along with top level shifts within the industry — including the recent appointment of Harper Bazaar's next editor-in-chief Samira Nasr. Now, Givenchy has announced its new creative director: Matthew M. Williams, a name that suggests a new direction for the house.

Williams is the co-founder and creative director of Alyx, the five-year-old label that has become an industry favorite for its sleek take on streetwear and for its sporty-meets-edgy accessories like bike chain necklaces and hardware-heavy bags. His collaborations with Nike have also garnered buzz, quickly selling out the camo-emblazoned fleeces and bodysuits. He’s also proven to have an eye for the future by using a forward-thinking approach to sustainability, becoming one of the first designers to use blockchain technology in his clothes — which allows shoppers to track each step of a garment's supply chain and ensure its ethical practices — as well as 3D modeling for his design process.

At the helm of Givenchy, Williams — a 34-year-old self-taught designer from Southern California — plans to take the label in a new and more modern direction. The designer will be responsible for the brand’s womenswear and menswear collections, and his debut collection for the luxury label will present in Paris this October.

“I am extremely honored to join the House of Givenchy,” Williams said in a press release. “The Maison’s unique position and timeless aura make it an undeniable icon and I am looking forward to working together with its ateliers and teams to into a new era, based on modernity and inclusivity.” Williams has often designed and shown both his women's and men's collections together, and his Fall/Winter 2020 show during Men's Fashion Week in Paris included Kaia Gerber and Bella Hadid on the runway. “In these unprecedented times for the world, I want to send a message of hope, together with my community and colleagues, and intend to contribute towards positive change,” he stated.

Matthews — who was on the shortlist for the 2016 LVMH Prize for Young Fashion Designers — joins a list of iconic designers who have left major marks on the industry while at the fashion house. The American designer follows Waight Keller, perhaps most notable for designing Meghan Markle's wedding dress, Ricardo Tisci, who created Kim Kardashian's floral dress for the 2013 Met Gala, and of course, its founding designer, Hubert de Givenchy, the mastermind behind the iconic black dress worn by Audrey Hepburn in Breakfast At Tiffany's.