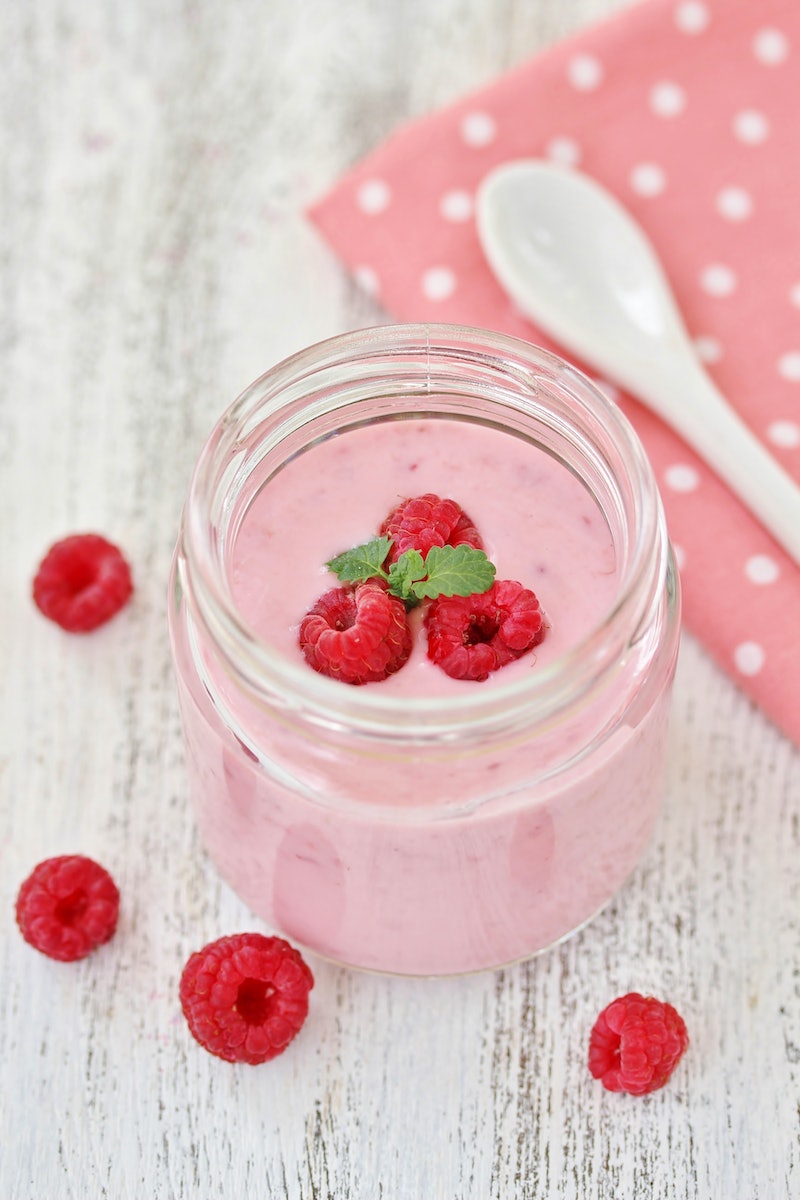 There are few things that make summer feel more like, well, summer than ice cream. However, the frozen treat has never quite felt like the easiest culinary task to tackle on your own — until now. This season's coolest (pun intended) dessert also happens to be one of the easiest: Mason jar ice cream. Unlike the traditional kind, you won't need any fancy kitchen gadgets and there's no actual cooking required to make this one.

First there was Dalgona coffee, then everyone moved onto baking projects, and now the new viral cooking trend appears to be whipping up homemade ice cream using nothing but four very basic ingredients — which you may already have stocked in your fridge and pantry — and a lidded jar. Featured in the New York Times, CNN, Delish, and USA Today among other outlets, this simple sweet treat is popping up everywhere. And your kitchen table could be next spot.

According to the NYT's recipe, all you'll need for a three-serving batch is: 1 cup heavy cream, 1.5 tablespoons granulated sugar, 1.5 teaspoons vanilla extract, a pinch of salt, and a 16 ounce mason jar. Simply toss all the ingredient into the jar and shake vigorously for about five minutes, or until the volume doubles in size and the texture is similar to that of yogurt or cake batter. Then freeze for a minimum of three hours and enjoy.

The traditional ice cream making process not only involves owning an ice cream maker (some of which can be pretty costly), but it also requires a bit of stovetop cooking, so this option is a much quicker and pretty much foolproof alternative. But there is one thing to be aware of: Non-dairy substitutes for the heavy cream might not give you as successful a result in consistency or texture. As for some tasty twists that do work will with this summer dessert, try adding a shot of espresso to impart a light coffee flavor, some pureed berries, or crumbled cookies to the mix if you want to take it up a notch from classic vanilla. And the best part? You'll save so much money not having to make as many stops at your local ice cream shop.