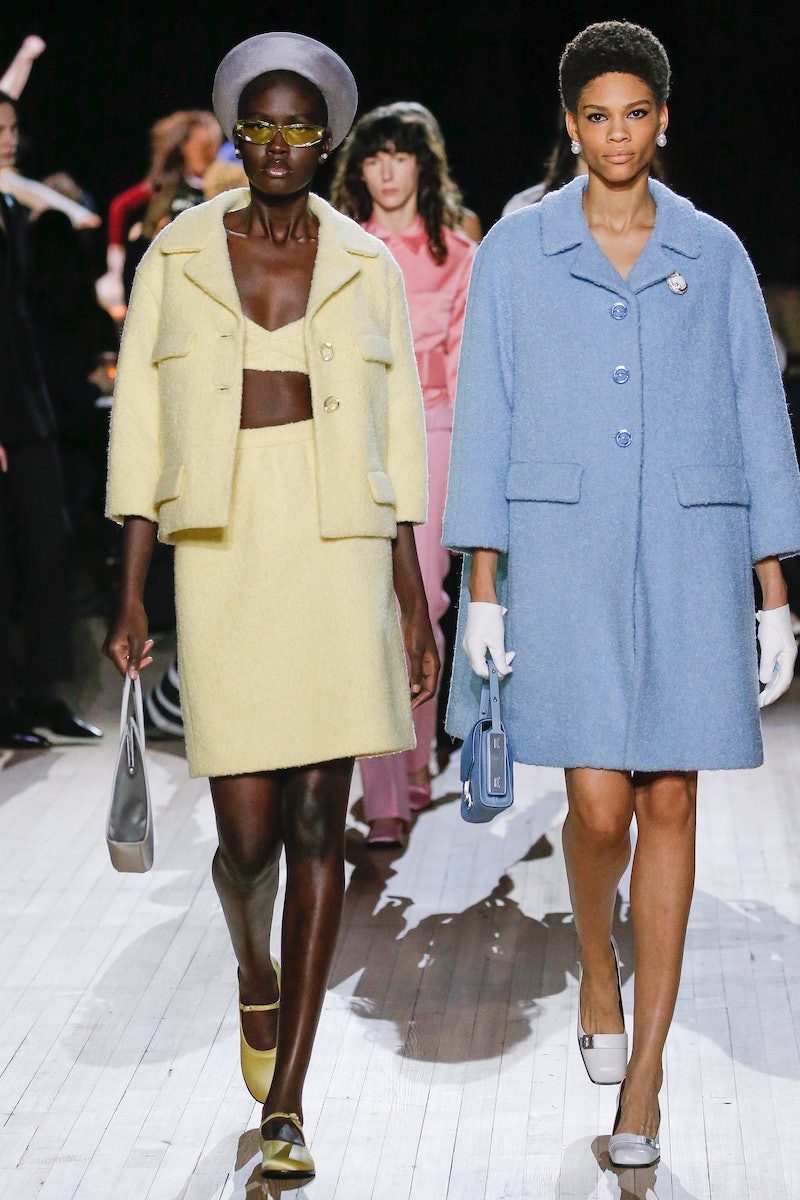 On the final day of New York Fashion Week, it's tradition that Marc Jacobs' show serves as a kind of closing ceremony. Last season, it was a show full of bold prints, patterns, and zaniness. For Fall/Winter 2020, Marc Jacobs' collection took a more refined, albeit still-whimsical approach. The show opened with a cast of four-dozen dancers gliding through the set, which was less of a front row and more of a cafe setting. Overall, it had the nostalgic nods often favored by the house's designer, this time with more of a Mad Men lean.

"Referencing my own life and career thus far, it is the fading picture of a disappearing New York that prevails," Jacobs explained via the show notes. "Now foreign and exotic in its extinction, forever mythical and chic with its beauty, promise, sparkle, and grit." This move to something a bit more refined and reserved was starkly contrasted by the show itself, while as models walked the runway, dancers moved between tables of editors in a choreographed piece by Karole Armitage, chosen by Jacobs because as stated in the notes she "brings the culture influences of today into conversation with a past New York I will forever love." In further play with the dichotomy and intersection of the retro and modern, Jacobs enlisted Miley Cyrus to walk alongside the veterans of his runway including Gigi Hadid and Karlie Kloss. The dancers and models made for 140 looks in total — no easy feat.

As for design, Jacobs filled the runway with restrained, tailored designs in bold colors. Empire waisted gowns, crisply-tailored suiting sets, and retro collared coats were styled with Mary Jane flats and patent ankle boots, adding more to the retro aesthetic of the collection in its entirety. Jacobs has also developed a masterful use of whimsical accessories in helping to paint a picture of his sartorial world and this season, the elbow-length silver gloves, structured handbags, retro hats, and cat-eye sunnies all acted as further references to the bygone eras Jacobs waxes nostalgic about.

As always, the show was a true celebration of showmanship: In the place of a traditional bow, Marc himself came out to join the final row of models. In a moment, he stopped his feat and the lights went out — not just on the evening, but on New York Fashion Week's Fall/Winter 2020 season.