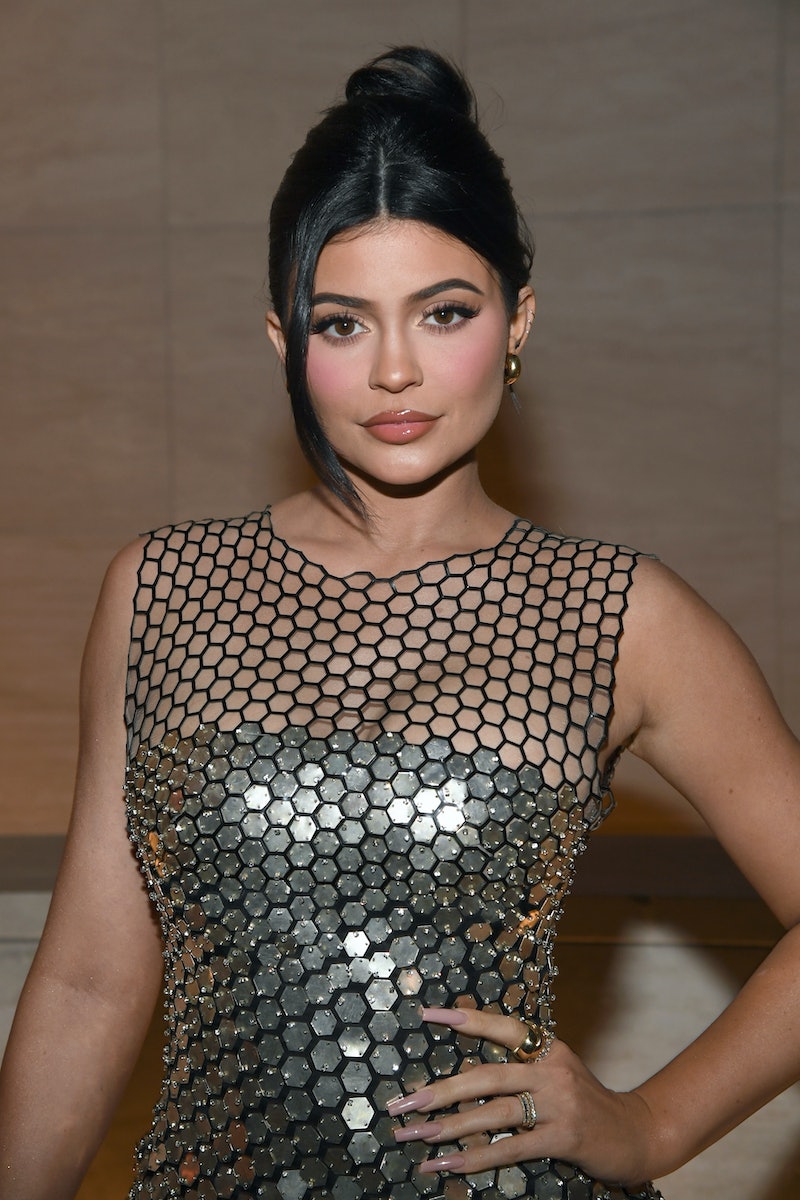 Not to jinx it, but it appears the pink hair trend may be on the way out, making room for more subtle color changes. But if subtlety has always been more your cup of tea, you'll be pleased to know that trends are turning towards natural tones and gentler shades that aren't afraid to show a little root. Kylie Jenner's honey blonde hair is the most recent example of this, popping up on feeds and signifying a change in heart about hair color.

Usually highlights and bronde-colored strands are associated with summer and warmer days of the year, but you can aways count on Jenner to confidently introduce a new idea amongst traditional seasonal trends. On Oct. 21, Jenner shared a video styled in a white crop top and just such a hair color.

The hue is best described as a honey blonde — or bronde — and she styled her locks into barely there waves that nearly reached her belly button. The reality star and entrepreneur also matched her makeup to the fresh tone, opting for a warm nude lip and matte brown eyeshadow. While it's similar to the ultra voluminous curls she wore for a recent Kylie Cosmetics photoshoot, this choice is cooler and features blended roots and more blonde as opposed to the ombré.

It's safe to say though, that she's not flying through boxes of hair dye or running to the salon every couple of days. Jenner often relies on wigs and extensions to make her famously lightning quick changes happen.

Violet Teriti, the founder of Chaviv Hair, is the mastermind behind many of the Kardashian and Jenner's extra-long extensions, as well as Jenner's chocolate brown waves from a couple weeks back. While she wasn't tagged in her photo, Teriti did repost Jenner's image to her Celebrities Highlights, presumably helping her get this new gorgeous length and color.

Jenner is more proof that bobs and lobs haven't been nearly as prominent this year, but the urge to get long hair has clearly been running through the famous family. Although Jenner and her sister Kim are the two who most often play with waist-skimming lengths, as of late sister Kendall Jenner tried out long locks for a Givenchy shoot and other sister Khloé Kardashian swapped out her chocolate brown bob for long waves again, too. Altogether, the family is clearly upholding a trend that will serve hair minimalists well into winter.