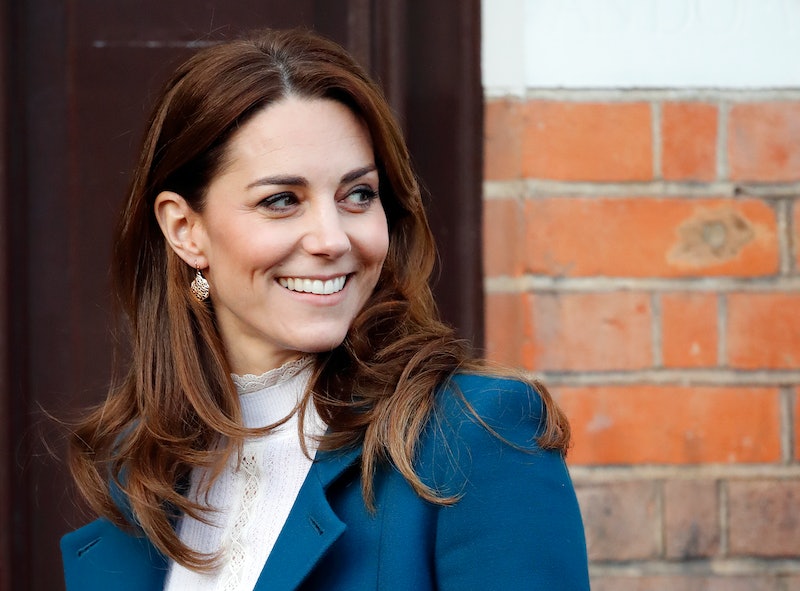 The annual British Academy Film Awards are all about honoring Hollywood royalty, but the real highlight of the night is always when the actual royalty show up. The Duke and Duchess of Cambridge never miss out on the opportunity to walk the red carpet at this annual awards show. This time, honoring the dress code, Kate Middleton's 2020 BAFTAs dress was one she debuted nearly a decade ago.

The royal is no stranger to a recycled outfit, so when the BAFTAs asked attendees to wear something old or borrowed or, at the very least, something from a sustainable designer like Vivienne Westwood or Stella McCartney, the request was right up her alley. In true Kate Middleton form, the duchess pulled an old favorite from her closet, and one by her go-to designer, too.

Alexander McQueen it was, yet again, on Sun. Middleton has loved her wedding dress designer for at least a decade now, which is about how old her BAFTAs dress is. While awards shows have been making large strides for sustainability lately — with all-vegan menus and the like — the BAFTAs are doing their part by encouraging attendees to wear something they already own. Middleton (the queen of old clothes) happily obliged.

It's been eight years since this gown has made an appearance. The first (and last) time she wore it was to a dinner hosted by Malaysia's Head of State in 2012. This time, she's traded one sparkly clutch in for another, swapped her half-up, half-down hair for a sleek updo, and added a statement necklace to the look. Altogether, it was equally angelic as the memorable one-shouldered number (also McQueen) she wore to the BAFTAs in 2019.

It's no wonder why Middleton has kept this gown in the vault for nearly a decade, just waiting for the perfect moment to debut it for a second time, surely. The piece absolutely oozes royalty. Something about the sparkly gold pattern on delicate sheer overlay is downright otherworldly. Fingers crossed that in another 10 years, we'll see it again.