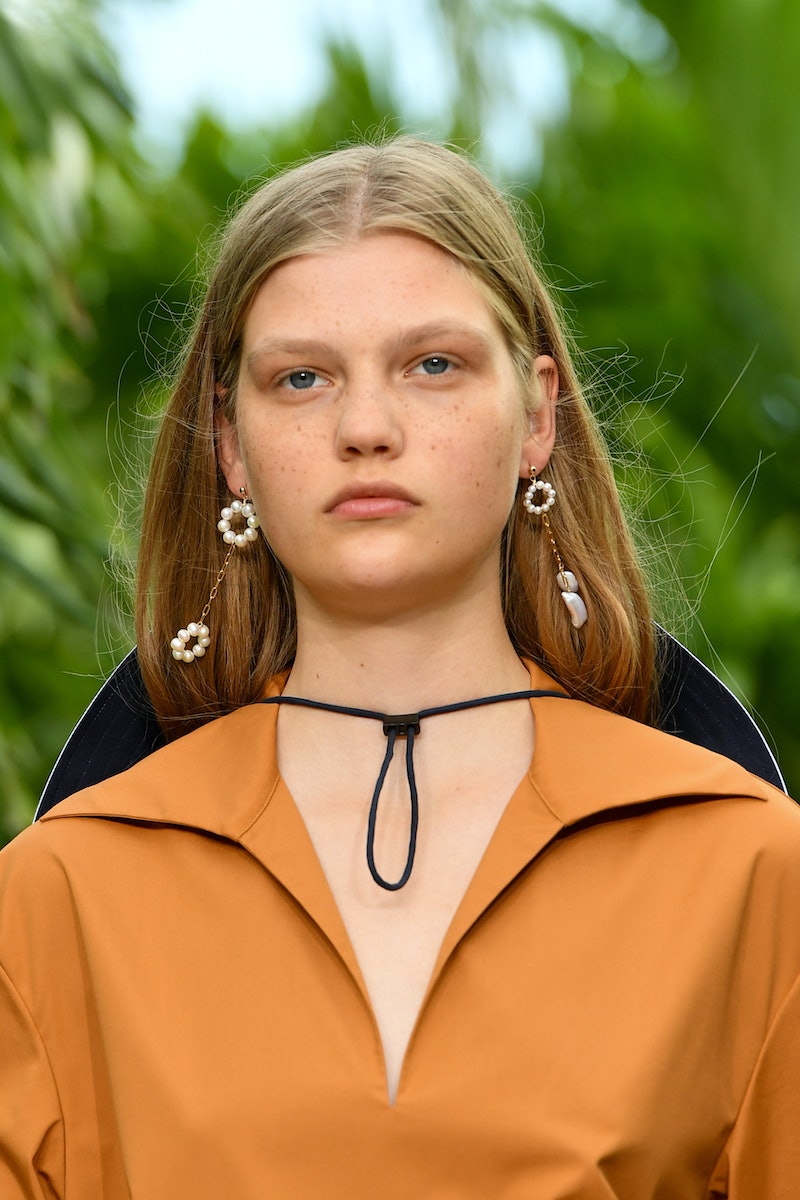 You'll probably be reading this a lot this week, so let's just get it out of the way now: Fashion Month looks a bit different this year. With most presentations being virtual, and with social distancing practices being enforced backstage and front of house, the trajectory of the week feels a little disjointed. But, as the old adage says — the show(s) must go on. Which is exactly what happened at Jason Wu Spring/Summer 2021, held on the rooftop of New York City's Spring Studio on Sept. 13. Inspired by tropical paradise, lead makeup artist Erin Parsons went for an easy, fresh vacation-ready look sprinkled with faux freckles that managed to stay on despite models having to wear masks.

In a release, Wu notes that he was inspired by his "home away from home," Tulum. "I wanted to create a collection that reminds me of the bright, tropical hues that recall so many happy memories," he continues, citing a theme of escapism. In return, Parsons aimed to create an equally minimal look. “When you’re on vacation you don’t really wear much makeup,” Parsons, lead artist for Maybelline New York, tells TZR.

As for the freckles, artists used a combination of Maybelline New York SuperStay Matte Ink Coffee Edition in Espresso Enthusiast and Chai Genius. "Since the models had to wear masks following application... we knew that the makeup would not move,” she noted.

The hair looks, lead by lead stylist Holli Smith for az Craft Luxury Haircare, was described as "soft and approachable," with plenty of emphasis on the models' individuality and natural texture. And the nails, done by Deborah Lippmann, were "clean, sleek, and nude" — much like the dry gloss trend that many are trying at home. "The look is super clean and fresh — a new beginning," she says. "I'm feeling a squoval nail shape to remind us how strong we are."