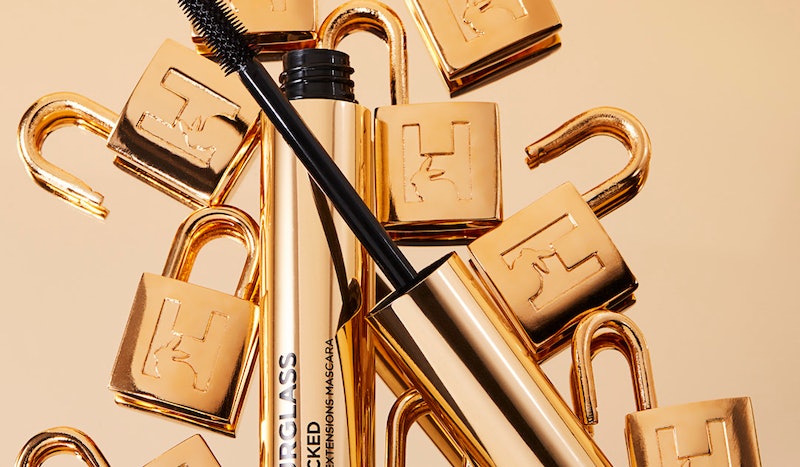 During a masterclass with Rosie Huntington-Whiteley for the new Hourglass Cosmetics Unlocked Instant Extensions Mascara, the supermodel and brand ambassador mentioned something that'd been on my mind, too: the mascara's very catchy name. "You know me, I love to get my eyelash extensions. It’s one of the things that I absolutely love to do and, you know, over the last four or five months, I’ve not been able to do that," she says, speaking to Marc Reagan, Director of Global Education and Artistry. "So, when you told me this was going to give me the look of eyelash extensions, I was pretty dubious."

Which is a feeling we can probably all agree on, after sampling a small mountain of mascaras over the years. “But I’ve tried it, and I have to say it’s unlike any formula of mascara I’ve ever tried," Huntington-Whiteley continues. And fortunately for my very own lashes, she's right on the money: The brand-new mascara, which is now available on HourglassCosmetics.com, is 100 percent worth its $29 price tag.

It's a small price to pay for all of its perks, after all. For one, there's the premise behind the mascara's name, which alludes to imitating the fluttery, natural look of eyelash extensions. It's a fiber mascara with an impressive molded brush, but the formula itself is made with vegan, cruelty-free, and smudge-proof ingredients — and it can be removed from your lashes just by splashing on water and gently rubbing with your fingertips.

I decided to put both claims to the test. Huntington-Whiteley had recommended only needing one coat during the masterclass — “The best way to use it is really to start at the root of your lash, and use one, long, sweeping-like motion across the eye," she says — no wiggling required from the wand. After attempting to imitate her technique, the Unlocked Instant Extensions Mascara delivered, giving my naturally unimpressive lashes a deeper color, longer look, and extension-like separation. Removal was stunningly easy for such a high-impact formula, too; you really only need water and a gentle touch to coax the dark tubes away from your lashes.

Even better? The new mascara is the first permanent addition to the Hourglass Cosmetics Unlocked collection, which supports the brand's mission to assist wild animals held in captivity. 5 percent of the profits from any Unlocked collection product purchased will be donated to the Nonhuman Rights Project, an organization working to create legal rights for animals.

Below, the new Unlocked Instant Extensions Mascara, available on the brand's website as of July 9.