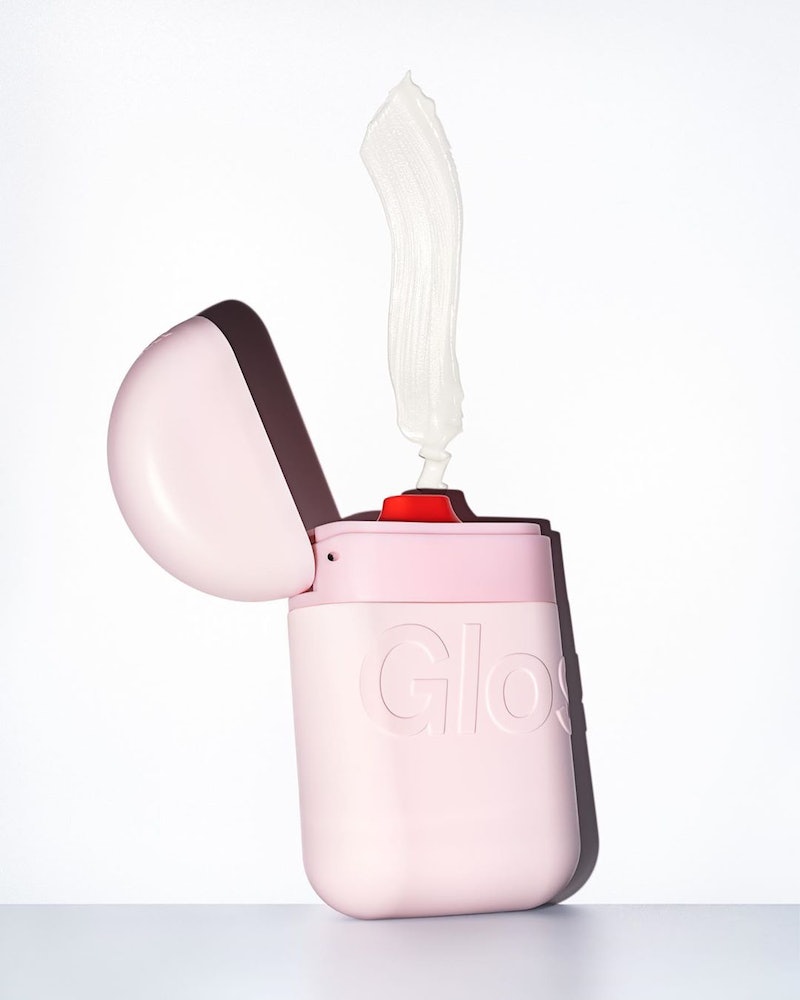 When Glossier announced its new Hand Cream on April 14, it initially made waves not for its formula, but for the fact that it was giving the first 10,000 to U.S. hospital workers. (Unsurprisingly, it reached that cap within an hour of the donation form being posted.) But now that it's officially launched to the public, I'm guessing it's going to make waves for a lot of other reasons. Because I tried the new launch, and my review of Glossier's Hand Cream is that it's worth the money for the scent alone.

That's not to say there aren't any other reasons I'd buy it again; far from it, in fact. I'm an avid user of hand creams (especially right now) and, so far, Glossier's holds its own against my longtime favorites for a couple of reasons.

The first of which being the packaging. Not only is it nice to look at (no surprise), it's also easy to use. I own several other moisturizers in similarly shaped tubes, but none make it as simple to get the right amount of product. Because unlike many others sitting in my purse, Glossier's comes with a soft, easy-to-squeeze body that isn't too slick (important, when your hands are covered in lotion). Plus, the cap flips up easily and doesn't come all the way off, so you're not left awkwardly holding it while trying to slather the cream all over your hands. My only wish is that it came in a bigger size, because I can already tell I'm going to breeze through it quickly.

Second, the texture is actually great — as in not at all greasy, and doesn't leave me wanting to wipe my hands off immediately after application. And thanks to ingredients like meadowfoam seed oil and coconut fruit extract, it feels velvety and absorbs quickly. It also lasts surprisingly long between hand washes, so I don't ever feel like I need to reapply immediately after it sinks in.

But back to that scent, because, IMHO, it's the real star of this launch. According to Glossier's site, it's the "Glossier You scent reimagined for the hands," and has an emphasis on clean and fresh notes. I can attest to this description, because the first thing I thought when I put my nose to the packaging is that it smelled clean — a characteristic that's appealing to me always, but especially right now. And though I had never smelled the brand's fragrance before, it's now on my list of Glossier products to buy — I'm officially obsessed. But the best part? While the scent is strong, it hasn't bothered my sensitive skin at all — a huge bonus for someone who loves a nice-smelling hand cream but frequently breaks out in rashes.

Glossier is currently limiting three hand creams per order, so you (understandably) can't stock up *too* much at the moment — but you can go ahead and invest in at least one, ahead.