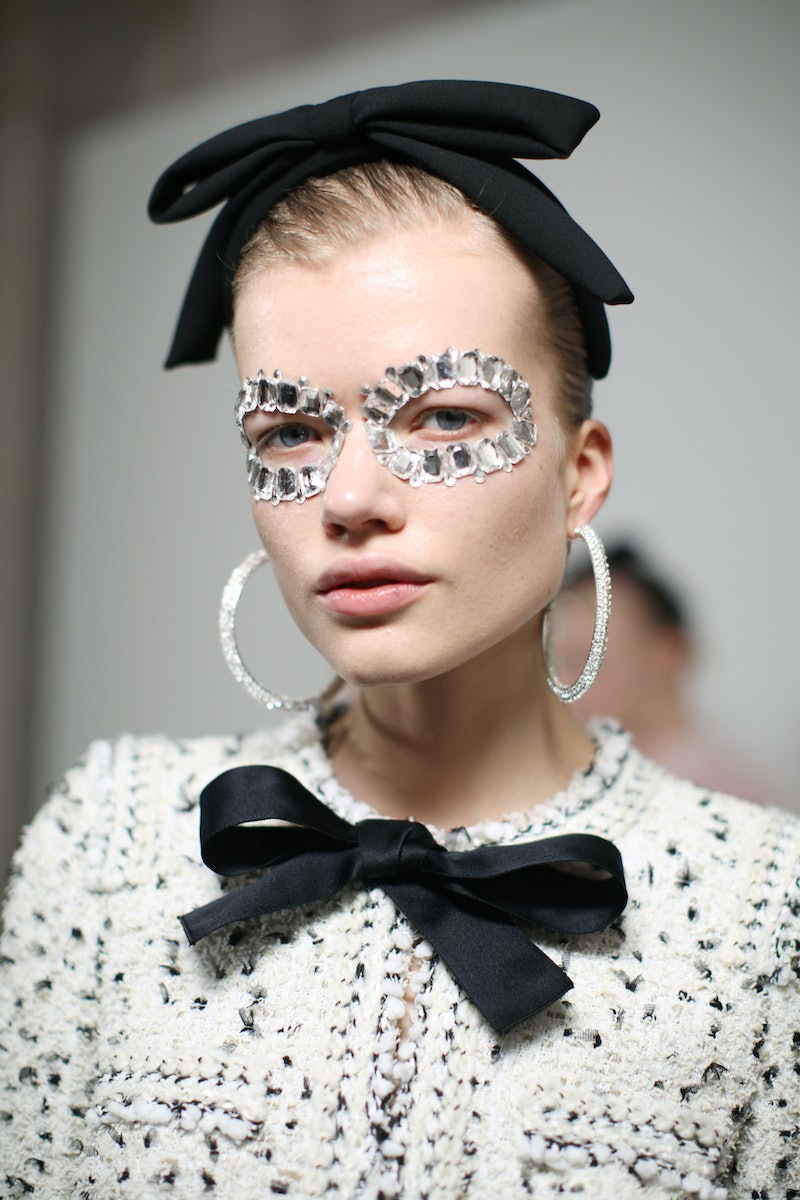 Spa-fresh skin and subtle hair accessories have been popular throughout fashion month, which is befitting — especially in Paris, where the rain is incessant and the wind is whipping. But at the beauty look at Giambattista Valli Fall/Winter 2020 show on March 2, subtlety was the last thing on anyone's mind. The look is always major, always inspirational, and always divinely feminine.

"It's a continuation of the eye theme we've been doing for last couple of shows," makeup artist Isamaya Ffrench tells The Zoe Report backstage. (If you need a refresher, see the gorgeous fresh flower look from last season.) "With embellishments. This inspiration came from a couple references of amazing jewelry laid across the eyes."

Inspired by the headpieces and embellishments on the garments, Ffrench and her MAC Cosmetics team used tweezers to place and paste Swarovski crystals on the faces of some of the models, sticking to the same round silhouette and keeping the skin polished and natural underneath. The look was "Referenced by old Helmut Newton images," she says.

The hair accessories were also delightfully extra — think Alice in Wonderland black velvet bows and crystal veils. "I love the idea of the hair being away from the face," hairstylist Paul Hanlon says. "We're referencing the fifties."

But underneath the accessories, the concept was very simple. "We just talked about the idea of this woman who got out of the shower, wet her hair, and had the confidence to yank it back... with her boyfriend's comb." Since the makeup and accoutrements were so feminine, the hair had to feel opposite, Hanlon notes, referencing imagery and photography by Herb Ritts and Peter Lindbergh. But the common thread between the hair and makeup? The high-wattage shine. Any drugstore gloss spray helps achieve a fresh, glossy, just-out-of-the-water finish, he says.