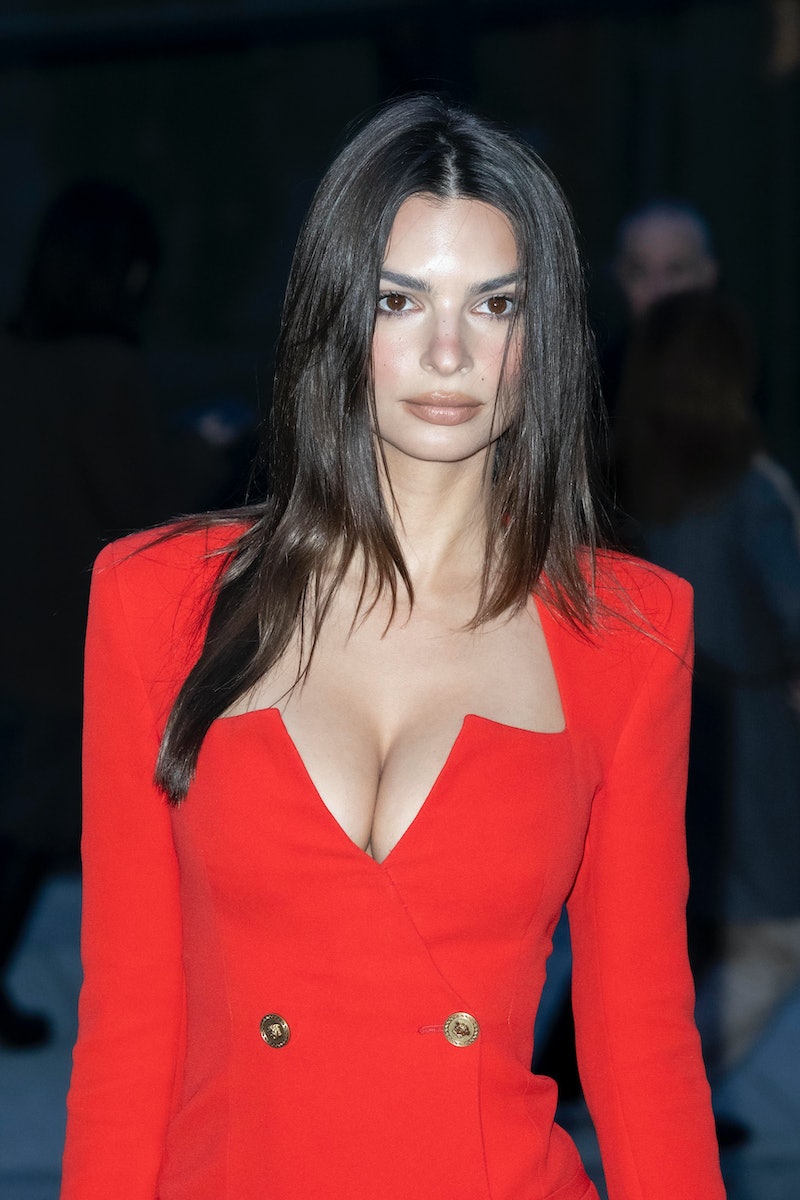 Whether she’s sporting a sleek leather coat for a quick morning coffee run or making a strong case for khaki pants over an easy walk with her dog, Emily Ratajkowski has seemingly mastered the art of styling. Her more casual ensembles have undoubtedly proven that even life's simple instances can feel like a fashion moment, but it was her recent ensemble that shared with the world a dressier take on the early aughts, proving they hold just as much weight now, as they did before. And once you see Emily Ratajkowski’s cut-out dress and "ugly" sandal combination, you'll have a new outlook on the decades most controversial styles.

The actress was seen on Mar. 20 in New York City on her way to make an appearance on Late Night with Seth Meyers, where she discussed a series of topics, including an upcoming book of essays. Ratajkowski donned the $423.09 Yas Mini Silk Dress from Bevza, which features an elegant bateau neckline cowl (that's distinctly retro) and a cutout at the front. She kept the rest of her ensemble simple, wearing only black heeled toe ring sandals and her iconic engagement ring.

Altogether, these pieces create an outfit that feels like one Kate Moss or Gwyneth Paltrow might have worn in the early ‘00s. And if you had any doubts about the toe ring (or thong sandal) before, Ratajkowski is here to show you that this is one spring sandal trend that’s about to be everywhere over the coming months.

This isn’t the first time the model has taken a scaled-back approach to getting dressed. Earlier this year she was spotted in a minimalist-approved ensemble while walking her dog, which featured khaki pants, a beige coat, a white crop top, and white sneakers. On another walk with her dog, Ratajkowski donned an equally easy-to-wear look featuring a white turtleneck shirt, a tweed blazer, blue jeans, and an affordable pair of boots from Zara, showing that good fashion comes at all price points.

The actor has been on a roll when it comes to chic but uncomplicated fashion, and there’s no doubt it’ll continue throughout 2020. If you want to create her early aughts-inspired ensemble for yourself, scroll down to shop her look below.