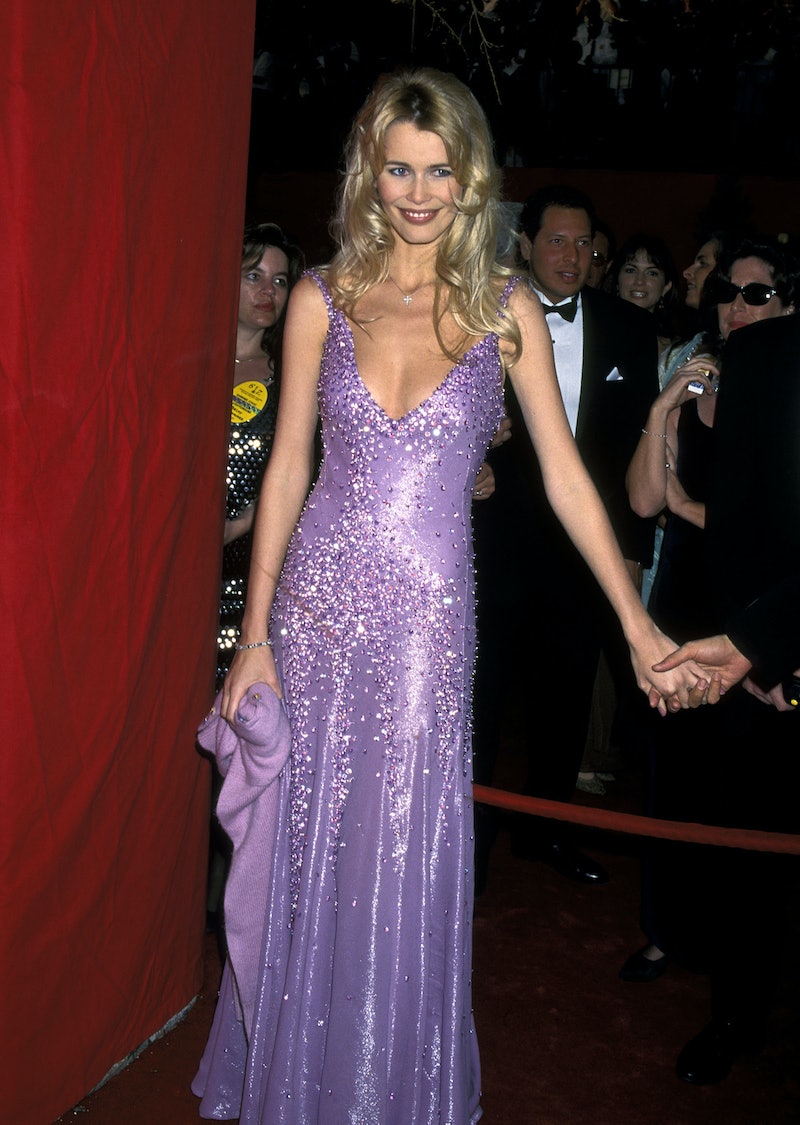 There's runway models, and then there's Claudia Schiffer. Credited for giving rise to the capital-S "supermodel" era, her sensational catwalks helped make the '90s one of the most iconic decades in fashion history. Whether you remember for her breakout GUESS ad campaign or her show-closing bridal moments for Chanel, so many of Claudia Schiffer's best looks actually took place off the runway — and there are scores of outfits deep in the archives that prove it. In honor of her 50th birthday this week, TZR is doing an audit of all of Schiffer's top ensembles from over the years, from the airport to the Oscars red carpet.

Through the early days of her illustrious career, Schiffer's arsenal was filled with ultra-polished ensembles. Take, for example, her red Chanel skirt suit look in 1991, which signaled the start of her 30-year loyalty to the fashion house. Eventually, as time went on, Schiffer developed a few off-duty go-to's — striped long-sleeve shirts, skinny jeans, and cheetah scarfs, for example — and has been totally faithful to them ever since.

Still, Schiffer never shies away from a bold red carpet look, including high-low gowns and Versace bustiers adorned with metallic hardware. Net net: As other fashion girls were playing it safe with timeless silhouettes, Schiffer always went in the opposite direction, taking on the most extraverted, trend-forward looks and wearing them effortlessly.

That said, continue ahead for the very best from her style file: