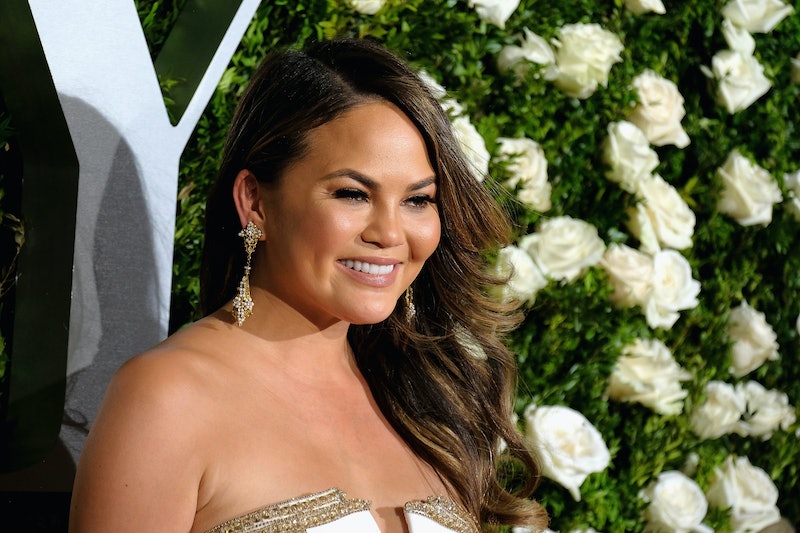 In case you haven't noticed, the Teigen-Legend crew has been vacationing in Thailand as of late and every selfie the model shares on social media introduces a new lust-worthy hair accessory. It made fans start begging for a revival of the wildly popular Headband of the Day series, to which Teigen replied, "I literally just did."

Shortly after making the sly announcement, she posted a video on her Story of 40 or more headbands laid out on a table and Legend belting out that nostalgic melody somewhere in the back.

When she kicked off the series — which fans have since shortened to HBOTD, affectionately — last year, it became so popular that she compiled all the looks into a highlight on her Instagram. The featured headbands are typically shoppable, but you can bet that she picked up a handful of those new ones at one of the Thai markets she's been frequenting lately.

There were a number of silky ones in pastel colors, plenty of floral print, a vast collection of ones with that trendy knot at the top, braided ones in just about every color, animal print, and you-name-it.

Some of the ones she's worn recently to hold you over, ahead.

This is *the* headband that sparked the resurgence of HBOTD. It comes in a slew of colors in both satin and velvet and you can bet Chrissy Teigen owns just about all of them.

This gold accessory made a cameo in one of Teigen's recent Instagram Stories. The sleek beaded headband can be worn to lunch or to a wedding. Amandla Stenberg even wore it to the Met Gala.

Another one that the model has about a dozen of is this simple version with a classic knot at the top. It comes in nine different colors.

Yes, Teigen is obsessed with this headband designer. This rosette-adorned one she owns in both black and yellow.