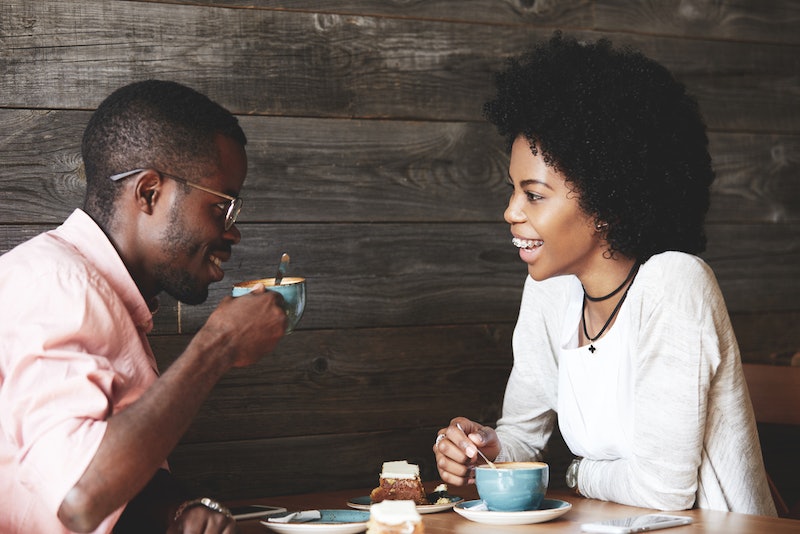 Fact: Breakups are rough. Someone always walks away with a bruised ego or heart (or both). These days however, the once-elusive amicable breakup is becoming more and more commonplace — at least where celebrities are concerned.

Most recently, musical duo and reality stars Brandon and Leah Jenner announced they “lovingly came to the decision to end the romantic aspect of our relationship,” after six years of marriage and 14 years together in total. Similar peaceful stances have been taken by other famous couples, including Jennifer Garner and Ben Affleck and Jennifer Lopez and Marc Anthony. And, no one can forget the now-infamous “conscious uncoupling” of Gwyneth Paltrow and Chris Martin.

So what does a resentment-free breakup look like and, more importantly, is it actually achievable? If you ask psychology professor and relationship expert Dr. Wendy Walsh, a pain-free break from a truly loving and passionate relationship is not totally realistic: “No one gets out without pain.” However, with pain can still come peace and kindness. According to celebrity divorce attorney Vikki Ziegler, “an amicable breakup is when two parties can still communicate with respect, work out their issues, and divide their assets mutually without the need to be hurtful or vengeful.”

For many, that latter statement can seem like a tall order — especially if the only assets you're dealing with are hurt feelings. This is because, in a breakup (even the most mutual of cases), there is typically someone who wants it more than the other, says Dr. Walsh. “In any committed relationship, there’s an exchange of care in some shape or form,” she explains. “To suddenly flip out of that is very difficult, if you had true love.”

No matter where you land on the spectrum of belief on this topic, there are ways to try for a clean and peaceful break — but it requires a few very intentional steps (including checking your emotions at the door, if possible). Ahead, see what relationship experts had to say about what is needed for an true, amicable parting of ways.

As fun as the blame game can be — particularly if you’re the one on the receiving end of the breakup — accepting your role in the fallout and keeping your focus on that is key here. “There needs to be a self-inventory of what you brought to the relationship and what inevitably caused you to break up,” says relationship expert Tina Konkin. “If you stick to the ‘done me wrong’ song, you won’t be able to move on. Self-examination is always the answer, because whatever led to this breakup is gonna lead you the next one, so you need to fix what’s wrong.”

According to Dr. Walsh, if you truly want to be friends with your ex, take a timeout. “There has to be a break,” she says. “No one can go from knocking boots on Monday to being pals later in the week.”

“If you don’t forgive and find a way to put the breakup and what caused it behind you, it’s going to haunt you and you will take it into next relationship,” says Konkin. In fact, Konkin takes the notion of forgiveness even further, noting that, without it, you can cause serious physical and emotional damage to yourself. “There are studies and articles on neuroscience and how negative, toxic thoughts can impact your physical body,” she says.

According to author and naturopathic physician Dr. Jennifer Stagg, “Emotions of fear, frustration, and anger can actually result in genetic changes … Yes, negative emotions and reactions to stress can affect your DNA through a process called epigenetic modification. This means that your DNA gets tagged in a way that it can completely turn on or off certain genes. And this is a big problem.” While the details and ramifications of this is an entire separate conversation in itself, the moral of the story is this: Any bitterness or resentment you hold on to, will only harm you in the long run — so let it go.

A Healthy Processing Of Your Emotions

“The key for all of us, is to learn how to process our feelings with an intellectual eye as opposed to our emotions,” says Dr. Walsh. She suggests doing this by journaling. “When we journal, we put our emotions to paper and, in reading it, we become that external, observing eye to ourselves,” she explains.

A healthy dose of realism never hurts either. “An understanding that relationships don’t always work out [is needed for an amicable breakup],” says Ziegler. “And should this occur, actively choosing to remain kind and supportive of the person you cared for and were intimate with over a period of time [is also needed].”