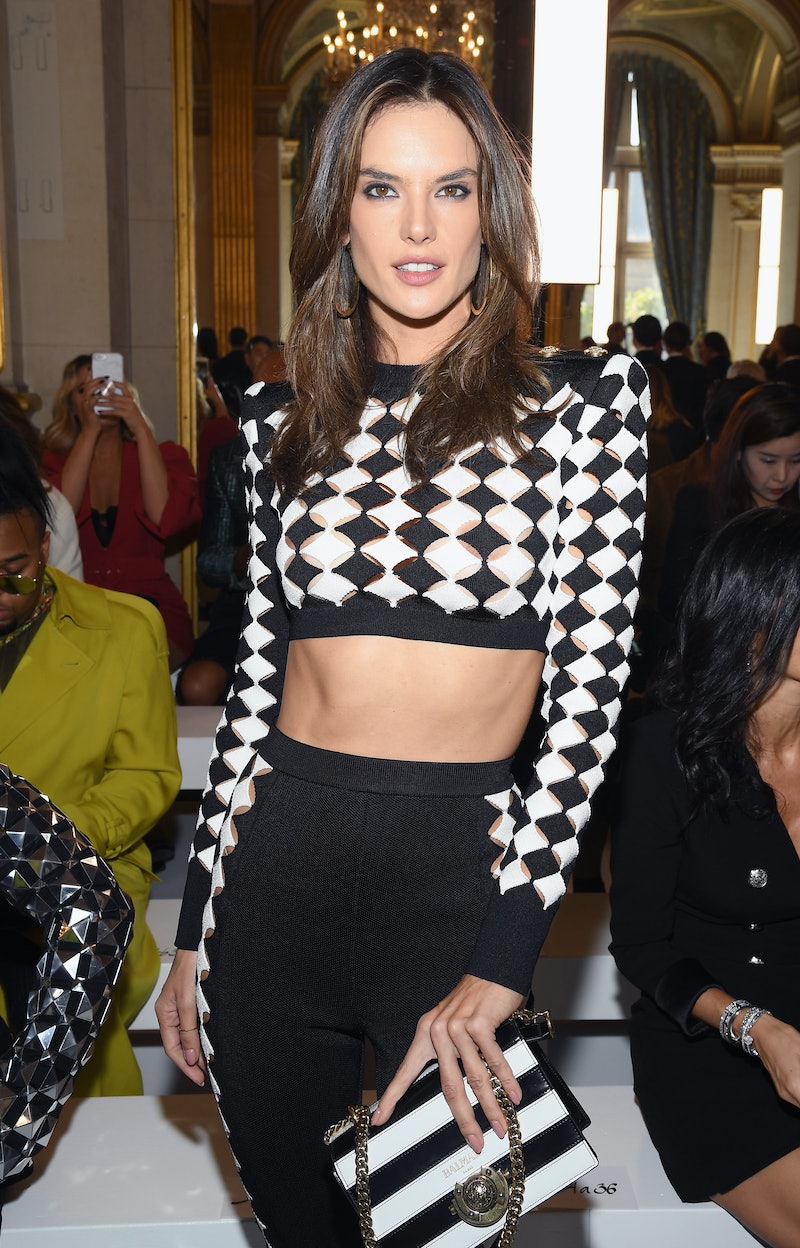 There's perhaps no wardrobe staple as loved as a classic white tee. The MVP of your basics, the easygoing, relaxed-fitting top boasts endless styling possibilities, it's incredibly easy to wear, and it's quite comfortable. And really, what more could you ask for in a shirt, right? It seems model Alessandra Ambrosio is fully on board the white T-shirt train, too, and she has one style, in particular, that's quickly become her all-time favorite. It safe to say the unofficial queen of finding affordable, cozy, and cool closet staples just hit a shopping home run — again.

While oftentimes, emulating your favorite tastemakers may seem a tad bit outside of your reach (not to mention far beyond the depths of your wallet), every now and then, a fashionable A-lister will unveil a street-style look that's so refreshingly low-key and attainable that it sets the sartorial world aflame. Such was the case with a few recent Ambrosio ensemble sightings, which shouldn't be all that surprising actually, seeing as she's known to work budget-friendly pieces into her off-duty getups more often than not.

On Sept. 3, the former Victoria's Secret Angel was spotted roaming around L.A.'s bustling Melrose Ave., filming an ad campaign for an upcoming project (yet to be revealed). Most importantly, however, was the fact that she was wearing the chill outfit combo you probably wear nonstop: a pair of light-wash Re/Done jeans, a cropped white tee, and white Golden Goose sneakers.

On Sept. 4, the model stepped out wearing the same exact tee, though that time she teamed it with a pair of Nylora color-blocked leggings and sneakers, so effortlessly proving its versatility.

So, where is this particular Ambrosio-approved basic from? It hails from Velvet by Graham & Spencer, a label that "embraces the luxurious but laid-back appeal of coveted L.A. style." The model's tee, specifically, is basic in the best way, but with a trendy update, thanks to the cropped silhouette. What's more, it's crafted from a super-soft whisper cotton and won't cost you more than $70. That said, it's fairly easy to see why this piece has become a mainstay in the model's wardrobe.

Revive your basics collection by shopping The Zoe Report's roundup of the best white tees on the market, including the exact top Ambrosio can't seem to stop wearing. Cop one or all, below.

Once you try on this white tee, you'll understand why Ambrosio can't stop wearing it.

Haven't yet added one of The Ranges' perfect basics to your personal collection? Then the time to is now.

Tucking just got a whole lot easier with this short sleeve bodysuit.