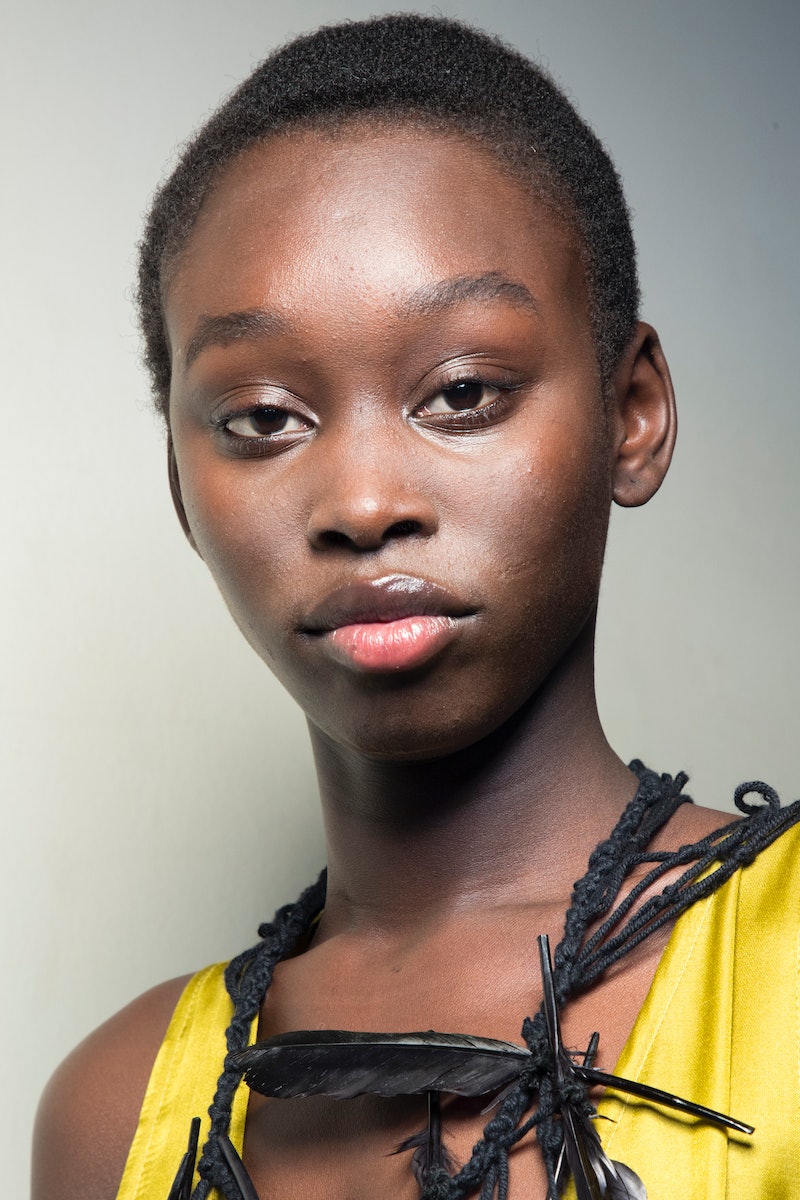 Fall/Winter 2019 fashion month is at the last stretch — finally — and I think it's safe to say that everyone is a bit tired. And by everyone, I mean the lead hairstylists and makeup artists and their hordes of assistants who create the looks that millions of eyes gaze upon; the editors and reporters who follow them; the street style photographers who lug their equipment all over the world for the sake of #content, and the devotees who take it all in from the comfort of their own phones. There's no one more tired than the models, though... especially the ones who toughed it out from New York, London, Milan, and Paris. All of that travel and cabin air can erupt blemishes on even the clearest of skin — and even the most beautiful women in the world are susceptible to breakouts. Models' acne treatments are probably the best ones to try — because for one, who wouldn't want to look like a model? But the spot treatments, cleansers, masks, and DIY remedies that the beauties rely on actually work, because they have to. (OK, so maybe they do have the luxury of a full backstage glam squad on hand... but still).

While backstage in Paris, I caught up with five models who revealed their tried-and-true methods of nixing unsightly bumps right before a big show. Read their secrets ahead.

"The key to not breaking out during fashion week is to use your own cleanser every time, after every show. Do not use those face wipes — they're trash, and they make you break out. The one way to prevent or to keep your pH level the same is to literally bring your cleanser with you and clean your face so you don't break out. I don't bring my own brushes [like some models]... I don't know how to do makeup, so I wouldn't bring the right brush. For the most part, I go to the same people for all the shows so that way I know they're clean. One girl got a stye during New York Fashion Week because of a dirty brush."

"When I have some pimples come up last minute, it's usually because we have a lot of makeup on. So I use a little bit of cinnamon powder. It dries instantly. It's natural, but I still know my dermatologist probably doesn't think it's good! It actually works. And since I'm backstage, I have a good team to cover up any blemishes, anyway. This works every time, though."

"I'm a simple person, so I'll use black soap every single night. I'll only use shea butter, the natural one, for my face. If I need something more, sometimes I'll use [a cleanser] before going to bed. I try to bring my own brushes whenever I can. You never know. I eat really well and have a vegan diet. I don't eat any sweets, and I try to sleep on time, especially when I get home late and have to get up early. All of that together combined makes everything easier. It takes more than what you do on your face. You gotta take care of the whole package."

"I have [an acne treatment] from Avène that is really good for me. I also use one from Innoxa that's good, too. It's for mixed skin, and you get it from the pharmacy here in Paris."

"I only use prescription acne stuff, a retinol from my doctor. It's not interesting or anything you can get from the drugstore. It cuts back from the use of me having to use spot treatments."