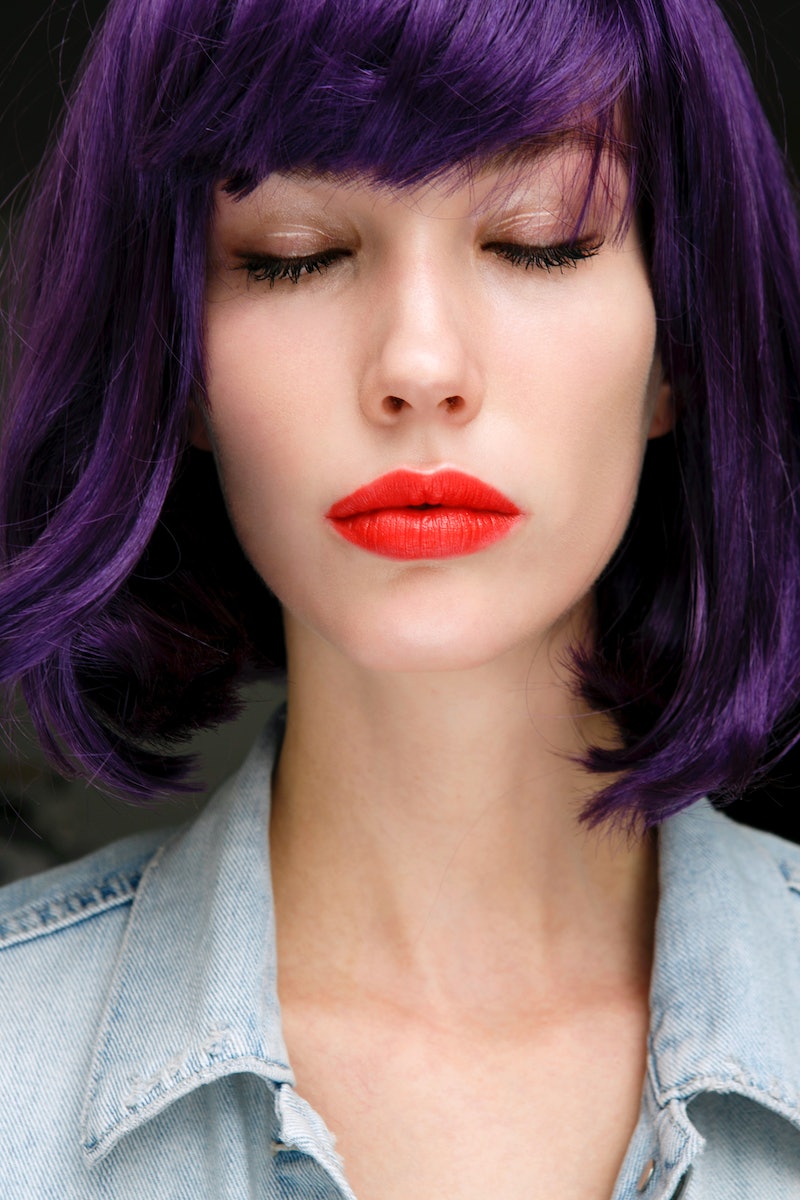 Usually, summer is synonymous with beach-blonde hair — but don’t panic, brunettes and redheads: There are plenty of summer 2019 hair color trends that aren’t blonde, too. Top colorists from around the country all agree that whether you’re looking for an easy update or a complete color makeover, summer is bound to be your season.

On the subtle end of the spectrum, don’t underestimate the power of a gloss treatment. “It’s a small change, but makes a huge difference,” Maddison Cave, a New York City colorist who works with actress Carey Mulligan, tells The Zoe Report. “And it looks great on all skin tones.”

For the aesthetically adventurous, bright and bold colors are also trending, according to Daniel Moon, Kristin Stewart’s colorist and the “color genie” behind Hair Los Angeles. His top picks include both pastels and neons — so really, you can’t go wrong. “There are several products that allow you to do a quick color change, even for just the weekend,” Connor Wells, the Senior Colorist at Oscar Blandi Salon in New York City, adds. Think: tinted shampoos, sheer glosses, and spray-in color. “Go purple, red, yellow, or any other color under the sun,” the stylist tells TZR. “It’s worth nothing this hair trend is, without a doubt, Insta-worthy.”

Ahead, the seven non-blondes of summer — from a cool shade of bronde to a surprisingly chic take on slime green.

“A trend I’m loving for summer is brunettes are going a bit warmer,” Cave says. “Instead of fighting brassiness the sun can bring out, we’re accentuating it. This is achieved by glossing brunettes with golden chocolate tones.”

“For darker hair, we are seeing a rise in ultraviolet,” Moon tells The Zoe Report. Think of it as having all the best qualities of brunette locks — “it’s vibrant and shiny,” the stylist says — with just a little (or a lot) more color.

“For brunettes, a clean palate of very cool-toned ‘bronde’ is here,” Caitlin Richardson, owner of Los Angeles’ Blonde / Blond Salon (and colorist to Paris Jackson) tells The Zoe Report. “I love the cool tones that are consistent from roots to ends, and they look great against tan skin.”

If you can’t bear the thought of a non-blonde summer, Moon has the perfect suggestion: chartreuse. “It’s a new take on blonde,” he says. Even better? It touches on the slime green trend, which is still going strong.

This season’s version of millennial pink? “A pink-lavender,” according to Moon. “It’s different because it’s brighter, has more of a polish, and it’s less gray.”

“Sunset Ombré Brunette is a brunette balayage with ombré and few bright pieces of highlights framing the face,” Stephanie Brown, a Master Colorist at IGK Salon in Soho who regularly works with Kate McKinnon, tells TZR. “It’s a bit lighter and brighter compared to what we’ve been seeing in the winter and spring, and it’s still very natural looking. I suggest sticking to neutral tones, like mushroom or ash, so the highlights light up your face without coming off too warm or brassy.”

"Summer is definitely the time for music festivals, rooftop parties, and getaways, and hair color is reflecting the same energy,” Wells says. “Now’s the time to get creative with your look and experiment with fun colors you might not have before.” The choice is yours — but since it is festival season, why not try multi-tonal highlights?