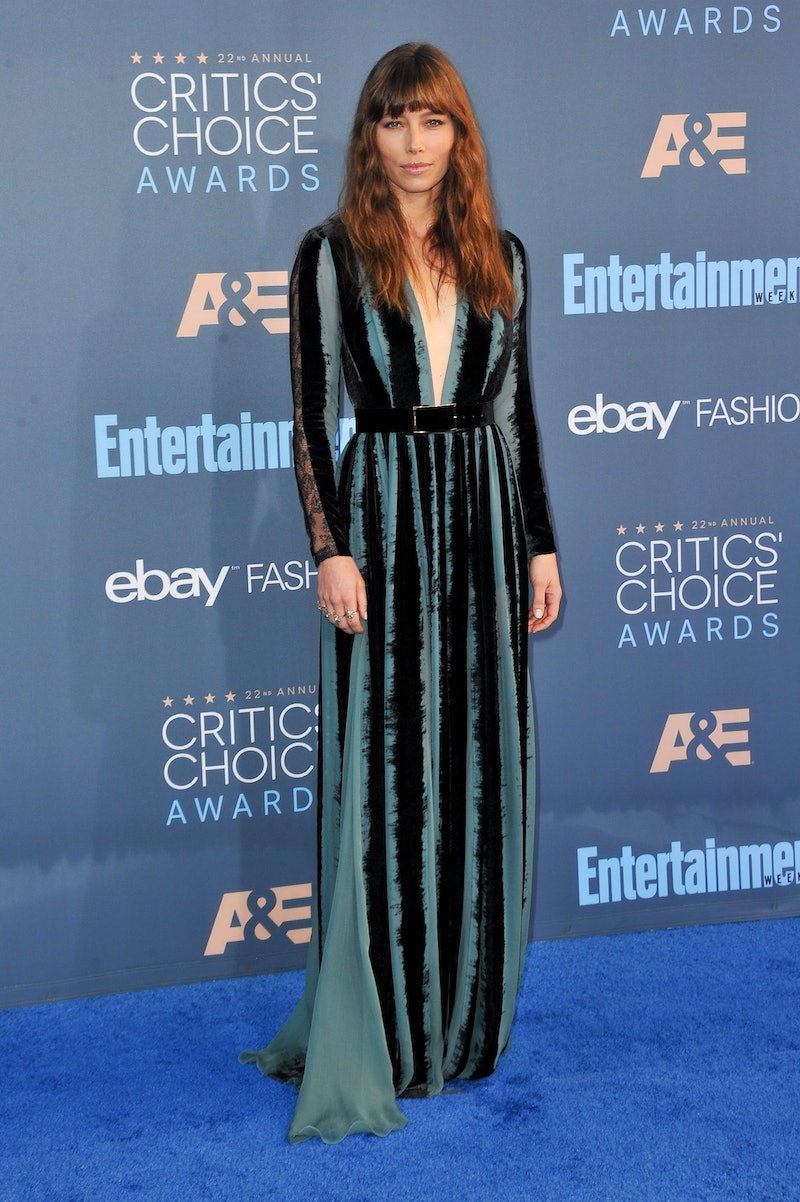 So far, 2020 is shaping up to be the year of bangs. Chalk it up to the shag-haircut trend that's making the rounds, but it seems like there's just something about a face-framing chop that suddenly no one can resist. However, as celebrities have proven time and time again, you don't have to go with a short or mid-length shaggy cut for bangs to look incredibly chic. In fact, long hair with bangs is equally as stylish, and doesn't require you to get a major cut — a huge bonus for those who tremble at the mere thought of scissors near their hair

Plus, the options are endless. As Jessica Biel demonstrates with a sleek, straight haircut from 2013, even the most basic of styles looks right on trend. Or, look to Ciara for further evidence of its versatility; the singer went curly with the style in 2018 with chest-length hair and just-past-the-eyebrow bangs for a major bombshell effect. There's also Halle Berry's version, which, of course, is as timeless as she is thanks to long, face-framing bangs and soft layers.

In the mood for a switch up? Keep scrolling for seven long-hair-with-bangs looks to inspire you (and your hairstylist).