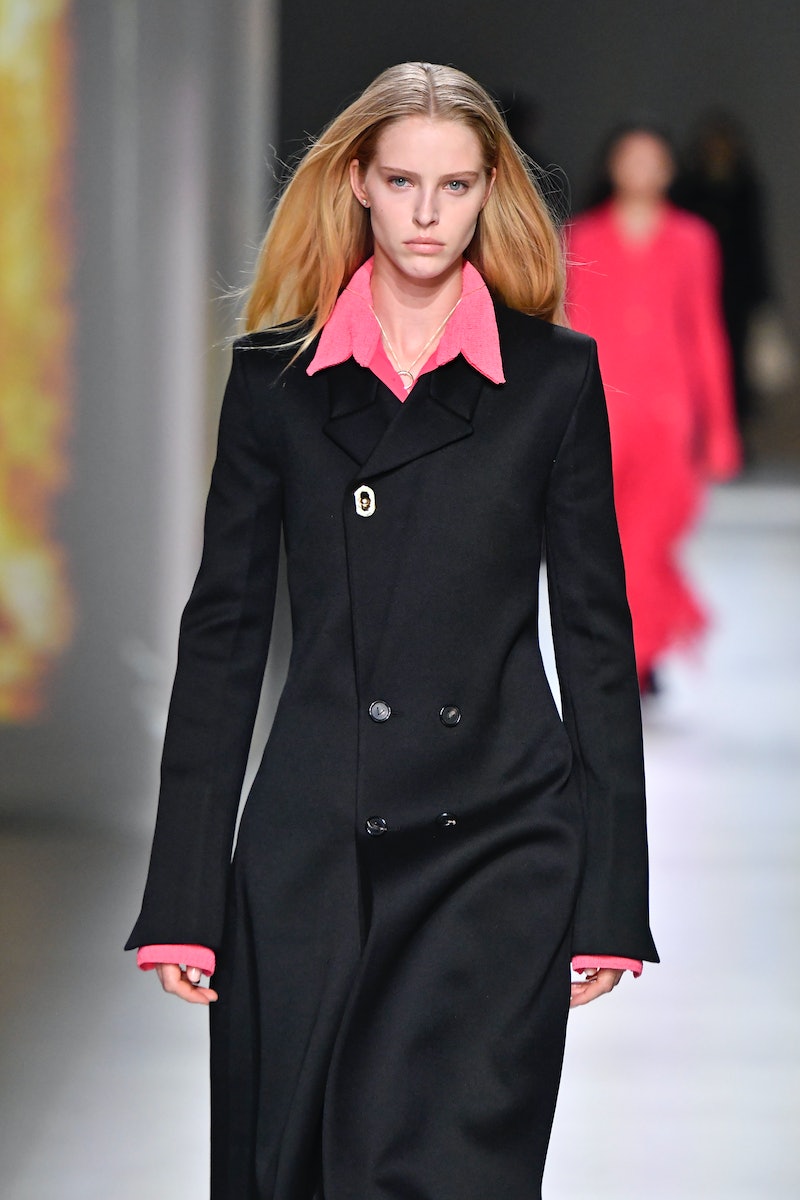 If New York Fashion Week is punk rock and London Fashion Wesk is a Beethoven symphony, Milan is a sugary sweet Mariah Carey ballad. It's luxurious, trendy, and full of personality. When it comes to wrapping up six days jam-packed with industry heavy hitters like Prada, Gucci, Fendi, and Bottega Veneta, it's tricky to even zoom in on exactly what you want to talk about, there's so much good fashion to have on your radar. But, this season, there were 7 distinct trends during Milan Fashion Week's Fall/Winter 2020 shows to have on your radar now because all the big brands co-signed them already.

It's worth noting that beyond the clothing, Milan was a particularly poignant week this season. Fendi featured its first plus size models on the runway, Prada announced that Raf Simons would join Miuccia Prada as co-creative directors, and Giorgio Armani canceled his week-closing runway show due to the outbreak of coronavirus nearby. The week served as a reminder that the clothes on the runway don't exist in a fashion vacuum, that the fashion world can tackle important social and global issues in thoughtful ways.

As the industry turns its eyes to Paris, first take a look at the runway trends that popped up in Milan and are poised to be your favorite styles to try come fall.

Fun, swingy fringe appeared in many forms in Milan. There were the bags, coats, and flamenco pants at Bottega Veneta, but other brands opted for more subtle takes. Jil Sander's long fringe gowns have movement and texture without feeling costumey. And, at Philosophy Di Lorenzo Serafini, the fringe hems throughout made for a fun take on evening wear.

Disco is back! From the pointed collar tops worn under vested suits at Bottega Veneta to the glitzy ultra-mini dresses at Versace, there was a glamorous return to '70s cool on the runways of Milan. If a head-to-toe daisy ensemble is too much for you, consider erring on the bohemian side with a floaty dress, like those seen at Etro.

Relaxed, boyish suiting remains a popular pick for fall, but in addition the runways were full of an ultra-tailored ladylike alternative that arrived in the form of elegant skirt suits, and nipped-waist coats. The resulting one is an elegant take on everdaywear.

Fall is not the time for subtle dressing. Runways were bursting with creative color-clashing combinations in Milan. Red and pink were a popular combo, appearing at Alberta Ferretti and Boss. But Prada, Gucci, and Versace all opted for hues from opposite sides of the color wheel, proving there's no two hues you can't pair together.

Metallic pieces, like shiny silvers, golds, and multi-color fabrics, have been a noteworthy choice on the runway this season, but in Milan, a different take on heavy metal appeared. Chain details — both minimalist as seen at No. 21 and Bottega Veneta, and bolder like at Ferragamo proved to be a popular pick. For an easy way to get into the trend, try a chain belt, as seen at Moschino.

Cape-like outerwear was a trend that first appeared in New York, but has continued to prove to be a favorite outerwear choice abroad as well. Major players in Milan including Tod's and Max Mara showed sportier iterations of the look. Meanwhile at Giorgio Armani, the style took an evening-wear form as a cropped topper.

In tandem with the rise of the '70s aesthetic, there was plenty of mix-and-match patchwork to be found on this season's runways. Whether in the form of contrasting leathers at Marni or mixed prints at Missoni, the final aesthetic was quirky without feeling too over the top.