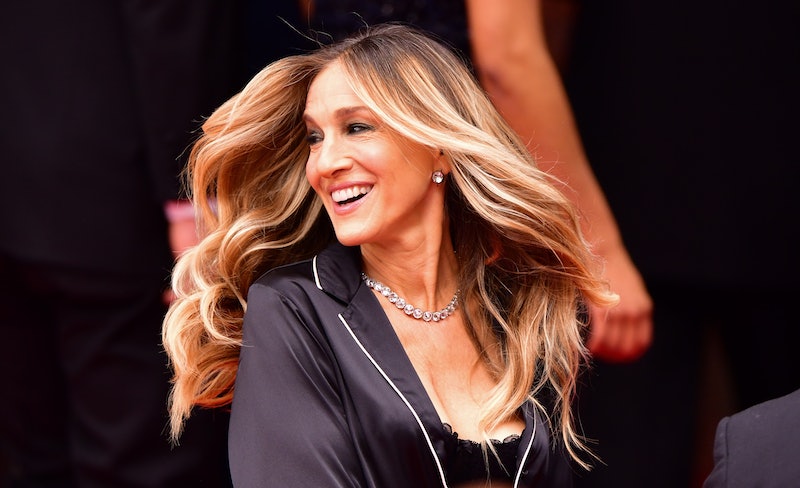 Remember gazing into the TV screen enviously as Carrie Bradshaw waltzed around New York City with her blonde coils bouncing and blowing majestically in the breeze? The Sex and the City character and the sometimes-indistinguishable actor behind her have been the source of hair inspiration for decades. Allow Sarah Jessica Parker to demonstrate all the ways to style long hair, from the SATC glory days to now.

According to a 2016 interview with Refinery29, the tight curls SJP wore on-screen in the late '90s and early aughts were actually an exaggeration of the actor's natural waves. Today, the sitcom icon and personified Manolo Blahnik pump can most often be seen wandering the same old NYC streets in equally glamorous attire, but markedly tamed-down hair.

She struts into her beloved New York City Ballet galas with pin-straight strands down to her ribs, swept over her shoulder or twisted into a chic dancer bun. She makes regular appearances at her eponymous shoe boutique in thrown-together braids or loose, piecey waves. And whether you prefer the Bradshaw Curls of bygone days or her post-Sex and the City aesthetic of late, Parker has provided infinite long hair ideas to inspire. Some of her best from the past 30 years, ahead.