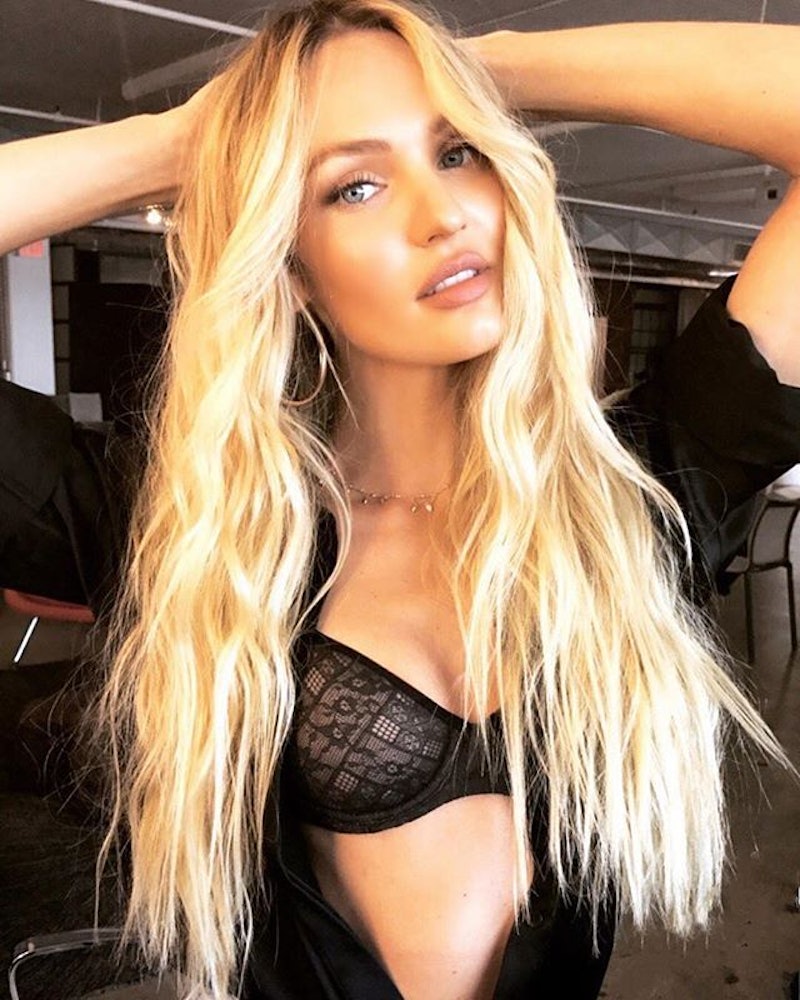 We’re no nutritionists, but it’s always seemed to us that most packaged cleanses are hooey. Our bodies know how to regulate toxins, and if you really want to clean things up, it’s probably best and easiest to eat healthy for a while (and avoid alcohol). Still, trendy detoxes show no signs of slowing down in popularity, but if you’re a fan of one in particular, you may want to think twice before starting it anew post-summer. The juice cleanse, according to Victoria’s Secret trainer Justin Gelband, actually caused some of the Angels he works with (Miranda Kerr, Candice Swanepoel, Karlie Kloss, etc.) to gain weight rather than lose it. The ladies involved went rogue and juiced without his authorization, and Justin tells Business Insider of the results, “Not one lost weight. Some actually gained weight.” According to the publication, the dramatic reduction in calories that typically comes with a juice cleanse can cause the body to hold on to whatever it can get. In other words, you go into starvation mode, slowing your metabolism in the process.

The diet of which Justin does approve? Paleo, though he says no one practice fits all when it comes to the fuel we feed our bodies. “Food is key to energy,” he says. “[The Angels] are not beanpoles.” However, he says, if you love a good juice cleanse, there’s no harm in doing one for reasons outside of weight loss. “If you’re on a yoga retreat in Bali, you’re meditating and doing yoga and you want to drink juices because you don’t want any heavy foods in your body, that’s fine.”