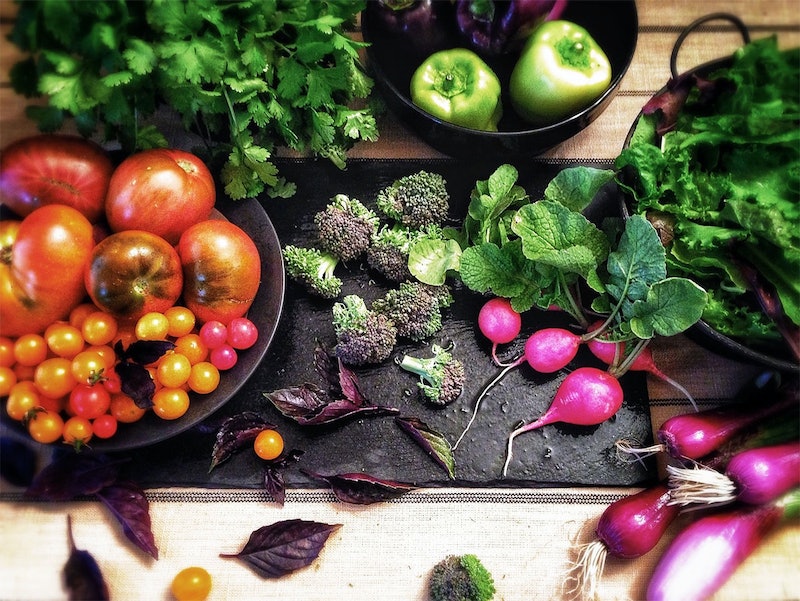 There are so many different kinds of health disparities in this country, many of which break along sharp socioeconomic lines. And one of the most obvious—and potentially devastating—is access to nutritious food.

On the one hand, you’ve got people stocking up on tasty (but pricey) artisanal nut milks and splurging on $20 smoothies. (And yes, a lot of wellness content, ours included, tends to cater to that crowd.) Then there are people who have to work really damn hard to simply fill their bellies with nutritious foods—like the 45-plus million people who rely on SNAP, or food stamps as they used to be known.

Last year, wellness trendsetter Gwyneth Paltrow made waves for doing what she dubbed the “$29 Food Stamp Challenge,” an idea originated by the Food Bank For New York City that invited people to eat on only about $4 a day, or what they call a food stamp budget. Though Paltrow took some heat for her privilege (and there have been some questions about whether that number actually represents a typical SNAP budget) the experiment definitely helped draw attention to a pressing public health question: Is it really possible to eat healthy on a super limited budget?

As Well+Good’s food editor, I decided to put my money where my superfood-loving, whole grain-eating half marathon-training mouth is and aim to spend about $4 a day on the healthiest meals possible.

Here’s what happened when I tried to eat well on just $29 for one full week’s worth of meals.

Before heading to the grocery store (AKA land of temptation), I called up Farmbox Direct founder Ashley Tyrner, who was herself on food stamps for a bit before she started the fresh produce delivery service. “My husband left me when I was pregnant,” she says. “I was only given $260 a month for food [for my family], so I definitely had to get creative.”

Tyrner told me to buy foods with broad, repeat potential, like brown rice, beans, chicken, lettuce, and avocados. Her thinking? I could have chicken and rice for dinner, then use it in my salad for lunch the next day. We also talked about the importance of prepping ahead of time, which is crucial when hunger strikes and there’s no wiggle room in the budget. Like, at all.

With that in mind, I went to the store. Normally I do my shopping at Whole Foods, but in an effort to be more cost-effective, I went to a cheaper chain. Organic eggs, one avocado, brown rice, and a bag of three romaine lettuce hearts set me back $12.50. When I got to the meat aisle, the organic chicken was almost double the price as non-organic, so I went with three thinly sliced, non-organic chicken breasts for $3.76.

One of the challenges of shopping at budget grocery stores is that sometimes they just don’t have a lot of great options. Tyrner suggested eating bananas and almond butter for breakfast and snacks, which made me think that this experiment would be way tastier than I first imagined—but the first store I tried didn’t have almond butter (and only had rotten bananas), and ditto for the second store.

It reminded me of Thrive Market’s recent campaign highlighting the importance of being able to use food stamps online, because for many, affordable, fresh produce is hard to come by. It’s another huge reason why Tyrner launched Farmbox Direct. “A lot of people don’t know that 700,000 people in New York City are living in a food desert,” she says.

I did eventually find almond butter—for $12. Twelve. Dollars. I literally stared at the jar for a full 60 seconds wondering why (why?!) the peanut butter next to it was less than half that price. It sounds silly, but I wanted the almond butter. I consider it to be the healthier option, I don’t think it should be a luxury, and when you take into consideration the number of servings in the jar it’s not all that expensive—but there was just no way I could spend nearly half my week’s food budget on one single jar. Frustrated, I left without buying either.

For the complete challenge, read the full article here.