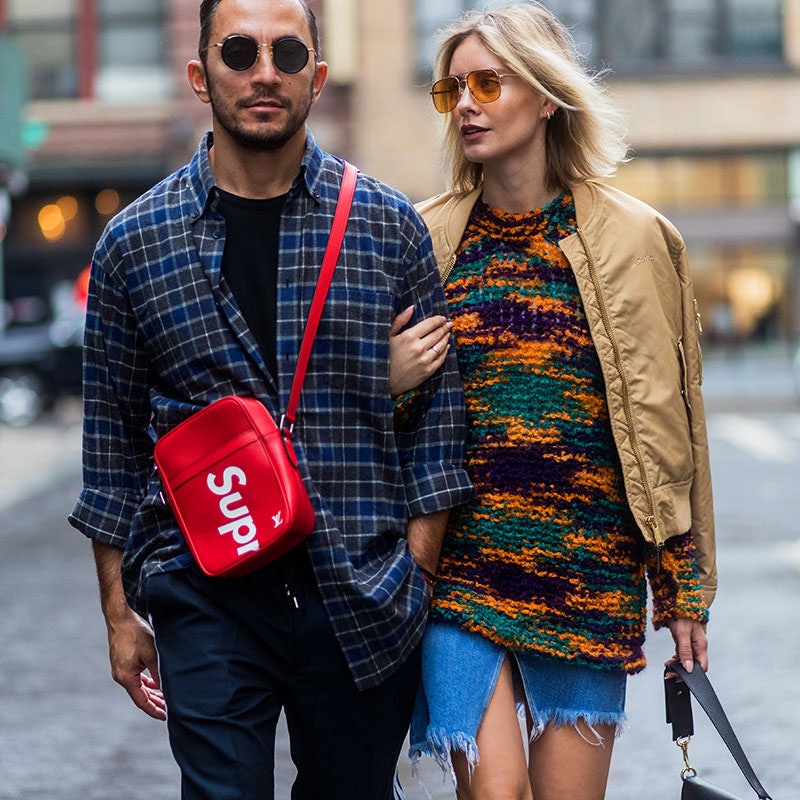 You’re only human, so chances are you know what it’s like to go into a tailspin after reading too much into a burgeoning relationship. While you must resist the urge to second-guess everything—Does he feel the same way? Am I imagining the sparks between us?—sometimes that’s easier said than done. To ease your troubled mind on your next date, body language expert Yana German gets real and shares the telltale signs that he’s actually into you—because, after all, actions really do speak louder than words.

The eyes are the windows to the soul—or so Yana confirms. "Romantic connection always starts in the person's eyes," she says. "If you notice that he lifts his eyebrows even just slightly when he first sees you or during conversation, this means he is interested in you and in what you're saying." You'll also want to see if his pupils are dilated, which could mean one of two things: Either he's on pretty strong (and possibly illegal) meds or he's seeing something—ahem, someone—he likes.

Surprise, surprise—men, like women, want to look good on a date. And yes, they've probably got the jitters, too, so you'll want to pay attention to their breathing patterns. According to Yana, each time he takes a deep breath, it not only soothes his nerves but also "makes him seem more fit. Basically he's puffing out his chest hoping you'll think he's your hero to lean on." Win-win.

Yana adds that another sign your date is going well is if your gestures and positions are unwittingly synchronized to your date's. "Your bodies will do this naturally when you feel you two have a lot in common," she explains. "You'll start to turn more toward each other when you have great chemistry." (It also helps to have an actual conversation with him instead of iMessaging, just FYI.)

Yana observes that people tend to tilt their heads when interested in a topic or person—it's a position that "automatically gives him a better angle of your lips," she says, adding that "when he's thinking about your lips, he's also thinking about a kiss." Pretty self-explanatory, if you ask us.

So he's being a total showoff. Actually, he could simply be putting on the swagger to impress you. Yana insists that the way his legs are positioned can lead you to your answer. "If he crosses his legs with one ankle on the other knee or if he is manspreading, it means he is showing you that he is comfortable in his own skin," she says. Manspreading on the subway? No. At the bar? Yes.