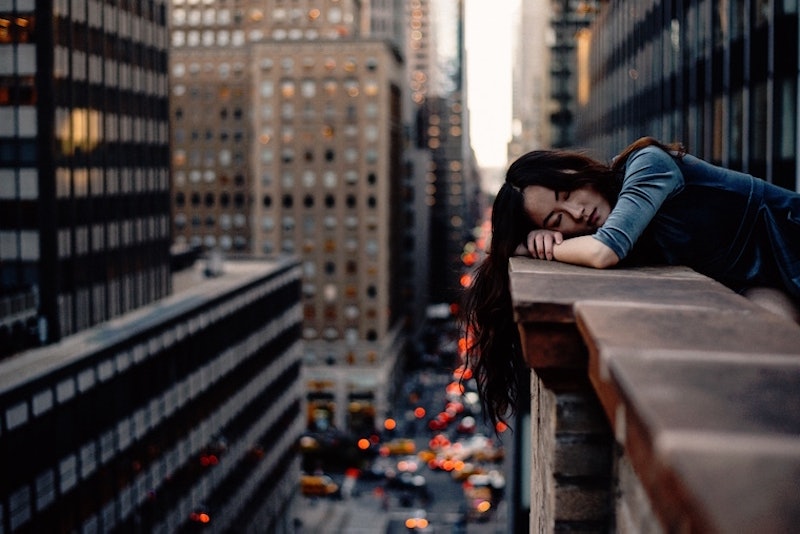 Real talk: Even for the healthiest of individuals, breakups can lead to a deterioration of your wellness game. Thankfully, researchers have good news for the newly single—you might not have to try hypnotherapy or rush to download Tinder after all. The placebo effect may just do the trick.

According to a new study published in the Journal of Neuroscience, simply believing that you’re taking steps toward getting over a breakup actually affects parts of your brain associated with your emotions—while lessening the pain you perceive (which is great news for those times you feel like you can’t do anything post-splitsville).

It makes sense, since placebo treatments have long been effective in lessening pain—but this is the first time that the horror of getting dumped (ugh, we’ve all been there) has been successfully treated this way.

At the University of Colorado, 40 volunteers (whose partners recently gave them “the talk”) were asked to bring two things to the lab: a photo of their ex and another of a close friend of the same sex.

An fMRI machine (which measures brain activity) tracked reactions as each participant was shown a picture of their ex and asked to recall the breakup (ouch), and then given some relief with the picture of their friend. At other times, they were also subjected to mild physical pain. (One insight: Whether they were recalling a lost love or getting a hot stimulus on their forearm, the same region of the brain lit up—AKA proving that you’re not imagining how hurtful heartbreak is.)

Then the group was given a nasal spray—and half were told it would alleviate emotional pain, while the other half thought it was just a saline solution. They went through another round of testing—and the placebo group who thought the nose spray would help them emotionally actually did feel better. Plus, the fMRI data showed that their brains didn’t respond as negatively to pics of their exes.

In fact, activity increased in the area involved with regulating emotions (a part of the prefrontal cortex called the periaqueductal gray)—and activity went down in the parts of the brain that deal with rejection.

“What is becoming more and more clear is that expectations and predictions have a very strong influence on basic experiences, on how we feel and what we perceive,” says Leonie Koban, first author and postdoctoral research associate. “Doing anything that you believe will help you feel better will probably help you feel better.” Sounds like it’s easier than ever to bounce back to your badass self—and don’t forget, it’s possible to be ridiculously happy when you’re single anyway.

The Healthy Way To Deal With Rejection, According to Former “Bachelorette” Ali Fedotowsky

The One Wellness Habit That Can Transform Your Relationship

How To Be Ridiculously Happy When You’re Single