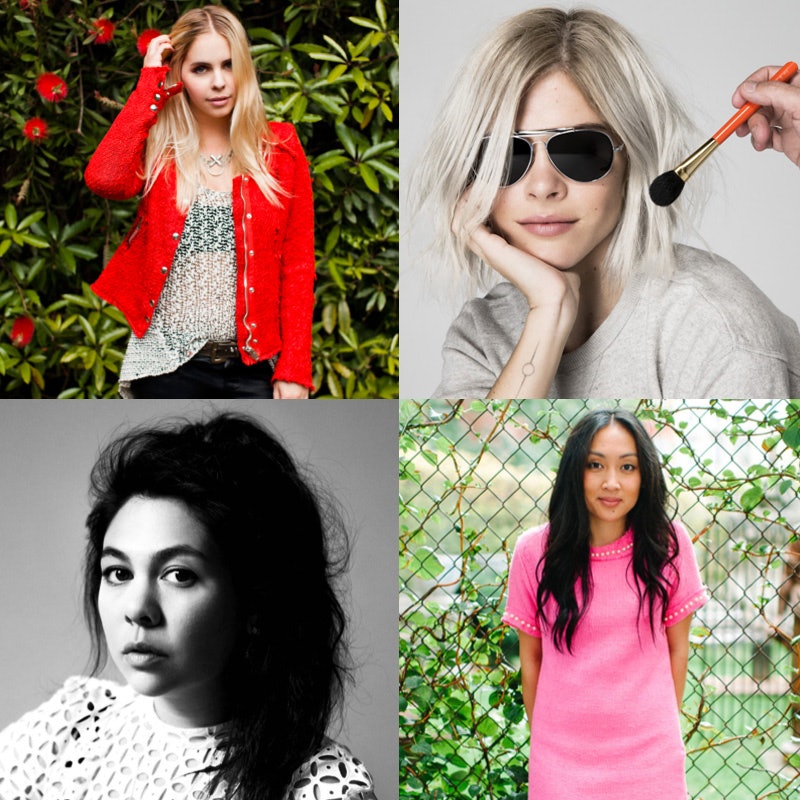 Forbes just released its annual “30 Under 30” list, offering up an inspiring (or potentially guilt-inducing, depending which side of the big 3-0 you fall) selection of movers-and-shakers changing the face of a variety of industries, from sports to fashion. Read on for the fresh faces and brilliant minds we’ll be keeping close track of in 2015.

A statistical breakdown of the lifestyles of these young overachievers.

Founder & CEO, Into The Gloss and Glossier: In addition to being at the helm of an incredibly successful beauty blog, she raised $10 million to launch her new cosmetics line.

Cofounder, Spring: He launched the mobile marketplace app that allows followers to shop from a curated community of brands.

Designer and Founder, Misha Nonoo: Her 3-year young fashion line's feminine flair garnered an impressive sales figure of $4 million in 2013 and is carried at respected retailers including Bergdorf Goodman and Shopbop.

Owner, Fivestory: Distenfeld launched her quirky boutique in an Upper East Side Townhouse. Her responsibilities include everything from business development to PR and analytics.

Designer and Founder, Luv AJ: At the age of 15 Thomas created a handmade necklace that piqued the interest of a Fred Segal buyer, and the store began carrying her line shortly thereafter. 10 years later she is enjoying continued success and a strong celebrity following.

Cofounders, Reve En Vert: The pair launched their e-commerce site to sell sustainable, ethically made fashion and lifestyle products as a response to the overly consumptive, trend-based nature of fast fashion. Adding to an already impressive list of accomplishments, they recently released their own line of organic staples.

Designer and Founder, Simone Rocha: The widely celebrated young designer has shown at the Tate Modern in London and designed displays for respected high-fashion retailers including Dover Street Market and Ginza. Most recently she launched a collection with J Brand.

Designers & Cofounders, Orley: The 2014 CFDA/Vogue Fashion Fund finalists have expanded from knitwear to a full ready-to-wear collection and are expected to launch womenswear in 2015.

Founder, Shoptiques: Eager to provide small and unique boutiques the opportunity to sell online, Olga founded Shoptiques and currently represents 1,200 stores in the e-commerce space that they would otherwise not be a part of.

Chief of Staff to President, Saks Fifth Avenue: Offering strategic and operational support to Saks Fifth Avenue president Marigay McKee means that To is an integral cog in the machine that keeps the multibillion dollar retail chain in motion.

Cofounder, Bow and Drape: The affordable and user-friendly site allows consumers to create and customize a range of sweatshirts, hats and bags.

Want more? Check out these inspiring tips from some of the men and women featured and see the full list here.