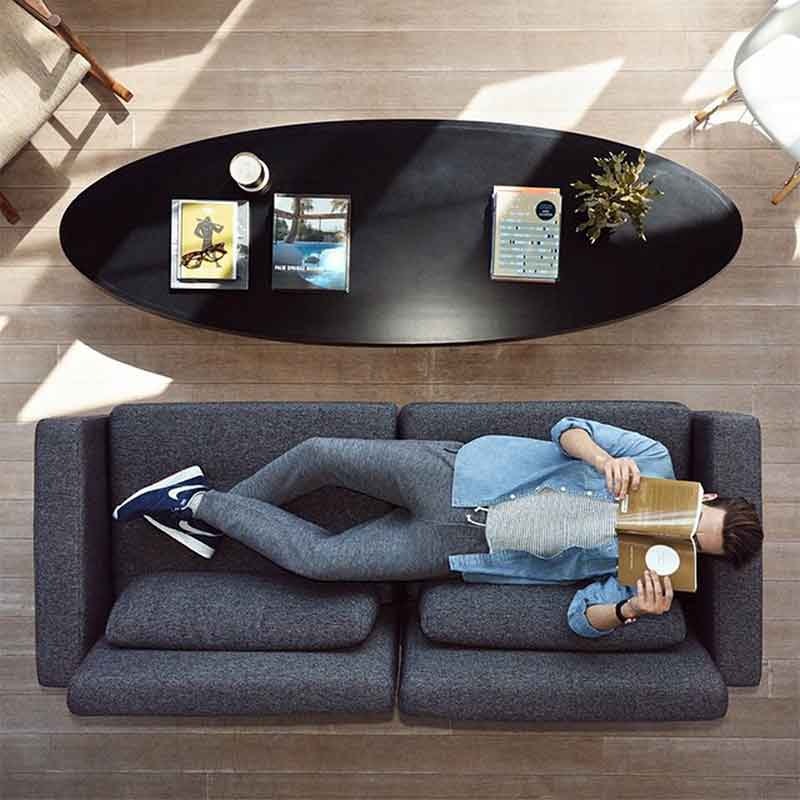 Inviting your love interest over is a big step, not least of which because where you live says a lot about who you are. Aside from the obvious prep work for any kind of guest (take out the trash, make sure you have toilet paper), there are some other more subjective suggestions you could listen to. We tapped a real life dude to weigh in on what sends guys running for the hills, some of which is, in our opinion, a little extreme.

Do you think these suggestions are valid? Let us know in the comments below.

"They say “Home is not a place, it’s a feeling” which is true. But please, please don’t have this quote displayed anywhere in your place. Convention tells us that a normal, red blooded male couldn’t care less about the state of your abode but those are the lame dudes (typically because they figure they’ll just be there for the night). I’ve found that you can discern a lot from a woman by analyzing her place. Let me rephrase that; you can figure out a lot about a woman you don’t want, by analyzing her place. Here’s a quick list of things to avoid to make sure he doesn’t avoid you in the future."

"When we see hand-painted motivational posters on a wall or the word "love" spelled out with individual letters resting on a bookshelf, it's unnerving. Partly because we don't understand its purpose, but mainly because it reminds us of a depressed aunt who spends half her time watching TV and the other half shopping for more ambient emotion tchotchkes. Or worse, the dentist's office. Either way, it's unsexy."

"Yes, we love our TVs. We're not asking you to go out and buy some curved 60-inch monstrosity—we're even fine with you cutting the cord and forgoing cable altogether—but no TV is a pretty bold statement, a gateway drug to other grandiose alternative lifestyle declarations. Most times we do want spend the entire weekend with you, but that might mean you reading Vogue while we watch the game, "on mute, I promise." Plus, is there anything that recalls college more than huddling around a laptop?"

"C'mon. You're not in college anymore. Wait, you're not, right?"

"Okay, this is a bit nitpicky, and we know if you rent you likely don't have a choice in the matter (but technically you did when you signed the lease). Our advice? Go for wood floors or invest in some rugs to disguise the carpet. Let's put it this way: Wall-to-wall carpeting is the stone-wash denim of interior design. No matter what you put on top of it, all you see are the jeans…wait, are those jeggings?"

"Sorry, but it's true. Weird cat-lady stereotypes aside, studies show people are twice as likely to be allergic to cats than dogs. If I meet a nice girl and she has cats, I know I can't go to her place because I'll feel miserable. That's a big thing to get over. And if you have a cat with wall-to-wall carpeting, I'm leaving right meow."

"Women smell better, that's a given. If I'm in a girl's place and it doesn't smell like the Tournament of Roses Parade, I'm incredibly disappointed. It's like a woman going on a blind date and finding out the guy is shorter than her: no hard feelings, but we'll probably never see each other again."

"When we get to your house, we're very excited that this is the real thing—so please don't ruin the moment with an animal print that makes us feel like we're living out something on a cheap adult site."

"We're here because we find you beautiful. If we use your bathroom and it looks like Sephora after an earthquake, it kind of takes the wind out of your natural beauty sails. Not to mention it's messy. Clothes are one thing, but strands of hair, oozing tubes of lip gloss and crusty bottles of lotion are quite another."

"I know this is 2016 and I know times can be tough and sometimes you've got to be scrappy to get the apartment you want. But the last thing a guy wants to see in your place is another guy. Gay, brother, old friend or Craigslist roommate—it's all pretty much the same. We'd put up with the most dramatic, over-the-top, sloppy female roommate rather than you having stay-at-home-chest-hair to rest your head on when we're not there. If it sounds possessive, it is. In the most endearing way possible."

"Granted, we should bring some. But on the off chance that this was a spontaneous move, nothing kills the mood more than suddenly being in downtown Salt Lake City. My recommendation is to keep a few beers that you (or any roommates) have no interest in drinking in the back of your fridge. It's a small gesture that goes a long way, especially if we're a little nervous."